President Donald Trump was mocked for the “absolute irony” of playing the anti-privilege song ‘Fortunate Son’ at 2020 campaign rally in Michigan. 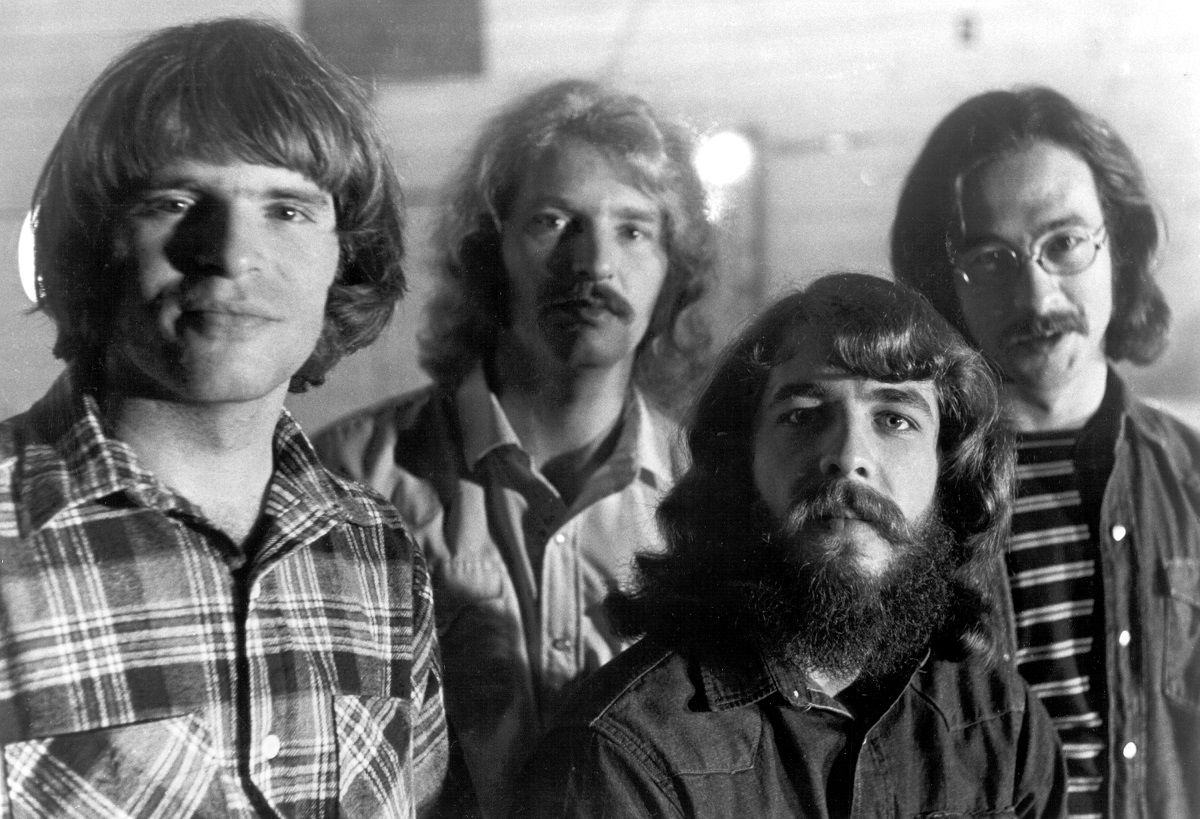 Creedence Clearwater Revival might be the greatest singles band never to reach the #1 spot on Billboard magazine's pop charts. Despite churning out a long string of brilliant, commercially successfully recordings in the late 1960s and early 1970s, not once did the group manage to hit the top of Billboard's pop singles chart, instead landing an amazing five #2 singles (all in an eighteen-month span), as well as five other entries that peaked at the #3, #4, #6, #8, and #11 spots.

At the end of 1969, Creedence pulled off the rare feat of sending both sides of a single to the upper reaches of the pop charts, as "Down on the Corner" climbed to the #3 position, while its B-side got all the way up to #14. That B-side was "Fortunate Son," John Fogerty's angry anti-privilege, anti-hypocrisy condemnation of those who would wield their wealth and influence while paying lip service to freedom and patriotism — but only so far as their own interests were protected and served:

Some folks are born made to wave the flag;

ooh, they're red, white and blue.

And when the band plays "Hail to the Chief,"

ooh, they point the cannon at you.

I ain't no senator's son.

Some folks are born silver spoon in hand,

Lord, don't they help themselves?

But when the taxman comes to the door,

I ain't no millionaire's son.

ooh, they'll send you down to war.

And when you ask 'em, 'How much should we give?"

I ain't no militarist's son.

I ain't no fortunate son.

Although the lyrics gave no indication that John Fogerty had any specific person in mind when he wrote the song, some listeners continue to speculate about the identity of the "senator's son" referred to therein — a young man who presumably avoided military service in Vietnam through his father's influence. At a remove of two generations from the song's original release, there was really only one son of a Vietnam-era U.S. senator who was of draft age in the late 1960s and had a name prominent enough to be widely recognized: former U.S. senator and U.S. vice-president Al Gore, Jr., whose father represented Tennessee in the U.S. Senate from 1953 to 1971.

The Gores didn't really fit the thrust of the song's message, though, as Al Gore, Sr., was not a Vietnam War supporter (indeed, his opposition to the war is one of the factors commonly cited as contributing to his defeat in the 1970 election), and Al Gore, Jr. didn't duck military service through his father's influence, but rather enlisted in the U.S. Army and served as an Army newspaper reporter in Vietnam. (Fogerty had already written the song by the time the younger Gore enlisted, though, so it's not completely implausible that Al might have been one of the inspirations behind the lyrics.)

The name of U.S. president George W. Bush is sometimes mentioned in connection with "Fortunate Son" (albeit far less often than Al Gore's), as he too is a prominent political figure who was the son of a Vietnam-era politician. However, his father, George H.W. Bush (himself a former U.S. president), had been representing the state of Texas in the U.S. House of Representatives for just a little more than one two-year term when "Fortunate Son" was written in 1969, so it's unlikely that either father or son was notable enough at that time to be the focus of John Fogerty's attention.

As it turns out, "Fortunate Son" was indeed inspired by the descendant of a prominent political figure, and since John Fogerty has named him while discussing the song's origins, we don't have to speculate about his identity: He is David Eisenhower, the grandson of former U.S. president Dwight D. Eisenhower, and the son-in-law of former U.S. president Richard Nixon (through his marriage to Nixon's daughter, Julie).

One of Fogerty's explanations of how he came to write "Fortunate Son" is quoted in Hank Bordowitz's unofficial history of Creedence Clearwater Revival, Bad Moon Rising:

It's a confrontation between me and Richard Nixon ... The haves, the people who have it all. Not a positive image of the people who live up the hill, with their big cars. People I don't respect. During the Vietnam War, these were the people who didn't have to go to war. I was thinking about David Eisenhower, the grandson of Dwight, who married Julie Nixon. I always confused her with Tricia [Nixon]. I guess it's easy to pick on somebody named Tricia. It sounds so silver spoon.

So, I went into the bedroom, sat on the edge of my bed with a yellow legal tablet and my felt-tipped pen. Out came the song. "It ain't me, it ain't me, I ain't no fortunate son." I was screaming inside, very intense, but not saying a word. Out it came, onto three sheets of legal paper.

It took about twenty minutes. It was like vrooom — it just came right out.

I played that song at an antiwar protest. As I was walking in the hallway after our set, someone came up to me and told me what an awesome version we had played. I remember telling them, "Richard Nixon is a great inspiration."

Nixon was always saying 'peace with honor' and 'my country, love it or leave it,' but we knew better 'cause the guy was obviously evil.

A compilation of other comments by Fogerty on "Fortunate Son" is included in Craig Werner's oral history of Creedence Clearwater Revival, Up Around the Bend:

When I wrote "Fortunate Son," Julie Nixon was hanging around with David Eisenhower. And you just had the feeling that none of those people were going to be involved with the war. In 1969, the majority of the country thought morale was great among the troops, and like eighty percent of them were in favor of the war. But to some of us who were watching closely, we just knew we were headed for trouble ... It was written, of course, during the Nixon era, and, well, let's say I was very nonsupportive of Mr. Nixon There just seemed to be this trickle down to the offspring of people like him. You got the impression that these people got preferential treatment, and the whole idea of being born wealthy or being born powerful seemed to really be coming to the fore in the late-sixties' confrontation of cultures. I was twenty-three years old, I think. I was mad at the specter of the ordinary kid who had to serve in an army in a war that he was very much against. Yet the sons of the well-to-do and powerful didn't have to worry about those things. They were fortunate. I thought, all these guys were running around saying, "It's good for America" — Nixon or whoever was saying this. Yet their kids ain't going.

To head off some obvious questions, we'll note that John Fogerty himself was drafted in 1966 but, in his words, he "was able to finagle [his] way into an [Army] reserve unit" instead because he had "contacted them before [he] got drafted." He served at Fort Bragg, Fort Knox, and Fort Lee, with a total of six months on active duty. David Eisenhower (for whom the presidential retreat known as Camp David is named) enlisted in the Navy Reserve in 1970 and served three years on active duty, most of it as an officer aboard the USS Albany in the Mediterranean Sea.