Did National Geographic Purchase Footage of Destructive Tornadoes for $1 Million? 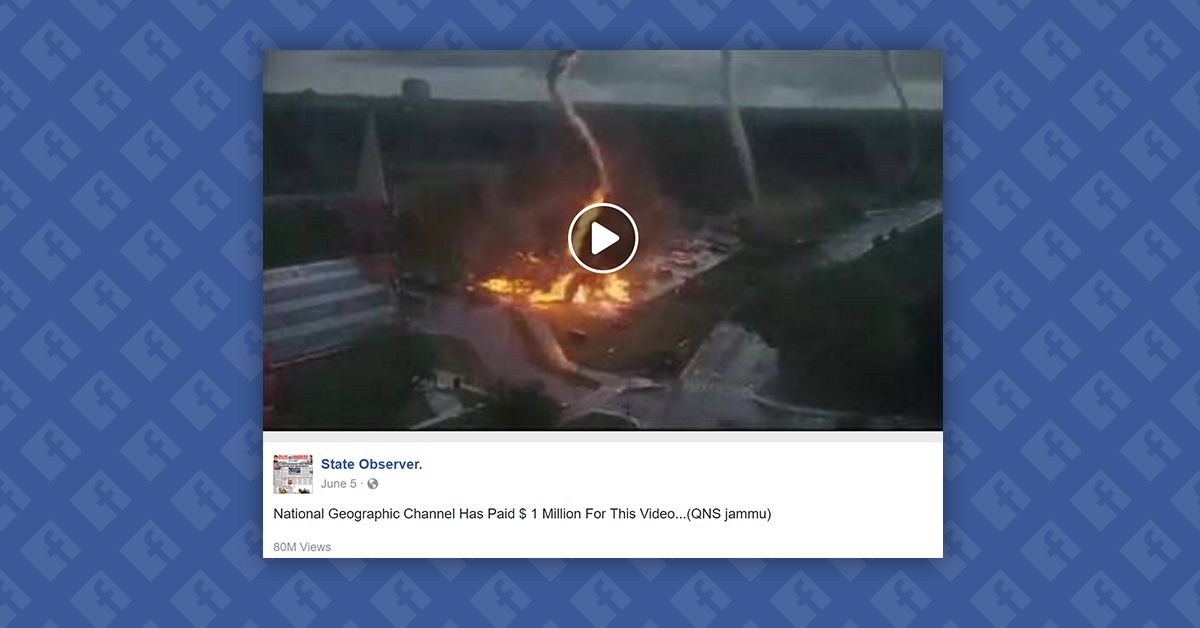 In September 2017, as extreme weather ravaged countries all over the world, a video purportedly showing a string of destructive tornadoes appeared on social media and was shared with the claim that the footage had been purchased by National Geographic for $1 million:

Despite the lack of contextual information, such as where and when these tornados occurred, the "State Observer's" claim that this footage was purchased by National Geographic led many readers to believe that the tornadoes shown in the video were real.

However, this is untrue; although we have not been able to place every scene in this video, the majority of the footage actually comes from the 2014 movie Into the Storm:


More scenes from the video are visible in this compilation showing "all tornado destruction scenes" from the movie Into the Storm:
The claim that National Geographic purchased this video for $1 million appears to be made up out of whole cloth.