Is this Real Footage From Inside Plane Just Before it Crashed in Nepal?

The harrowing Facebook Live video appeared to show passengers in moments before the crash. 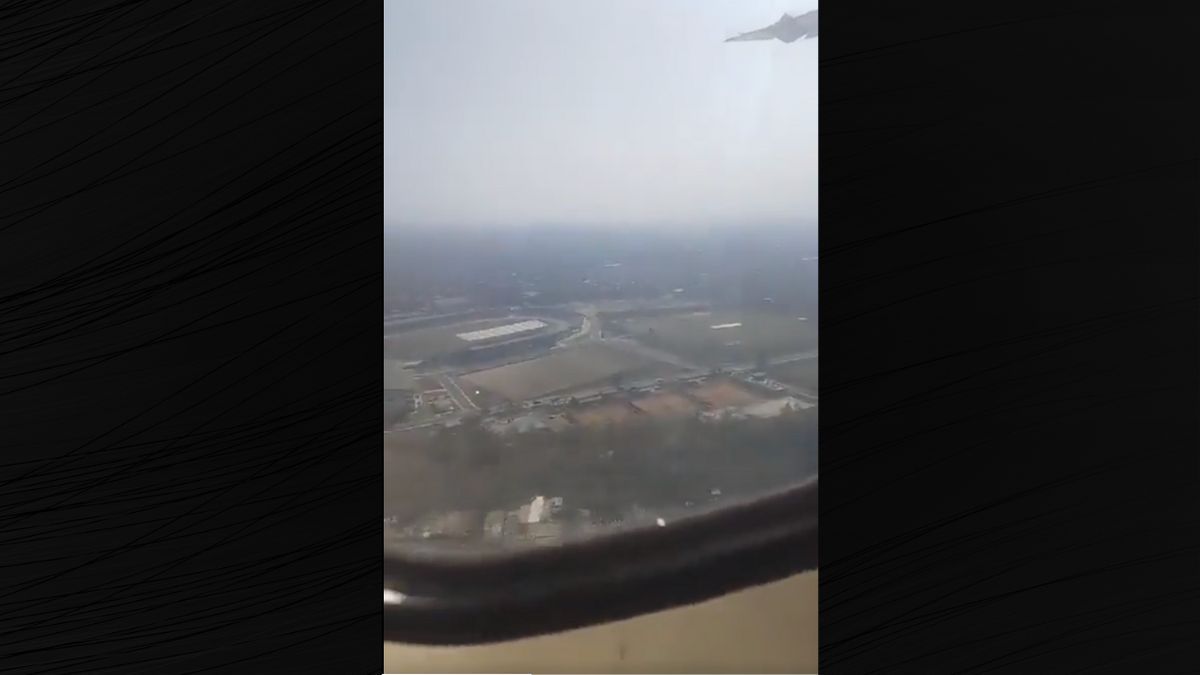 Claim:
A Facebook live video taken by a passenger in a Nepal Yeti Airlines flight captures the moments right before the crash in mid-January 2023.
Rating:

Content warning: While the linked footage does not have gruesome imagery, it contains the final moments before the crash, with the sounds of screams, images of flames, and burning airplane debris. We therefore have only shared screenshots from the video and not linked directly to it.

Harrowing footage authentically depicts the final moments of an airplane crash in Nepal on Jan. 15, 2023, from a Facebook Live video taken by a passenger. A group of Indian friends appeared to be enjoying themselves as they recorded the plane's descent into the town of Pokhara. The flight carried 72 passengers and crew, and no one was believed to have survived.

The friends can be heard laughing. With no warnings from the airplane staff, the aircraft appeared to shake, followed by crashing sounds, before the entire screen filled with flames. Shots of airplane debris covered in flames and smoke was briefly visible before the footage ended.

Numerous independent media reports and local fact-checkers, who reached out to family and friends of the Indian passengers, confirmed the footage as real; a close analysis of the footage also confirmed it to be in the Yeti Airlines flight that was landing in Pokhara.

The video was published by Indian media.

The footage was reportedly taken by Sonu Jaiswal, a 29-year-old father of three young children who was visiting temples and planning to paraglide with his friends in Nepal's Annapurna mountain range. Vishal Koswal, a friend of his, confirmed to the Guardian news site that the footage was from Jaiswal's phone, and the other men who could be seen or heard in the video were Anil Rajbhar, Vishal Sharma, and Abhishek Singh Kushwaha. Koswal said he had been planning to join them on the trip but stayed home after the death of a relative. Local police also confirmed the identities of the men in the video.

Koswal spoke to them many times via a video call before the flight. "Sonu was showing us the mountains around on the call and was clearly excited, so were we," he told the Guardian. "He told me on that call that after landing in Pokhara, they would visit some temples there and then in the evening take a train back home."

Indian fact-checking site Boom Live also closely analyzed the footage. It noted that the poster in the video on the back of the passenger seat showed prominent Nepali and Hindi film actors. The aerial view of the city also showed sports stadiums, which they confirmed as being the Pokhara Football Stadium and Pokhara Cricket Ground. Jaiswal's Facebook account, while private, also featured the same profile picture as that seen in the corner of the livestream. Nepal Fact Check also shared a passenger list of the foreigners who were on the flight, and the names of the Indian friends were confirmed there. 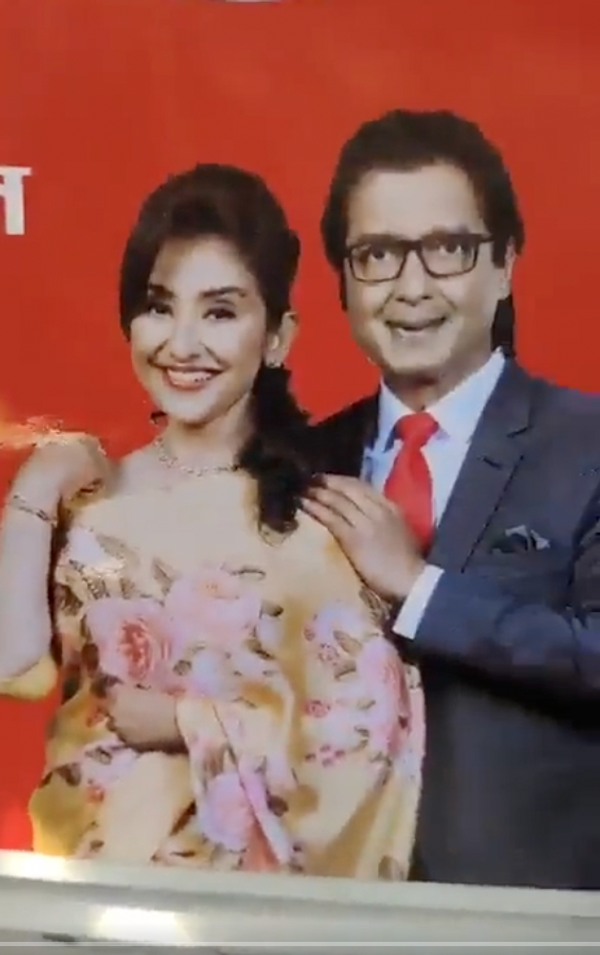 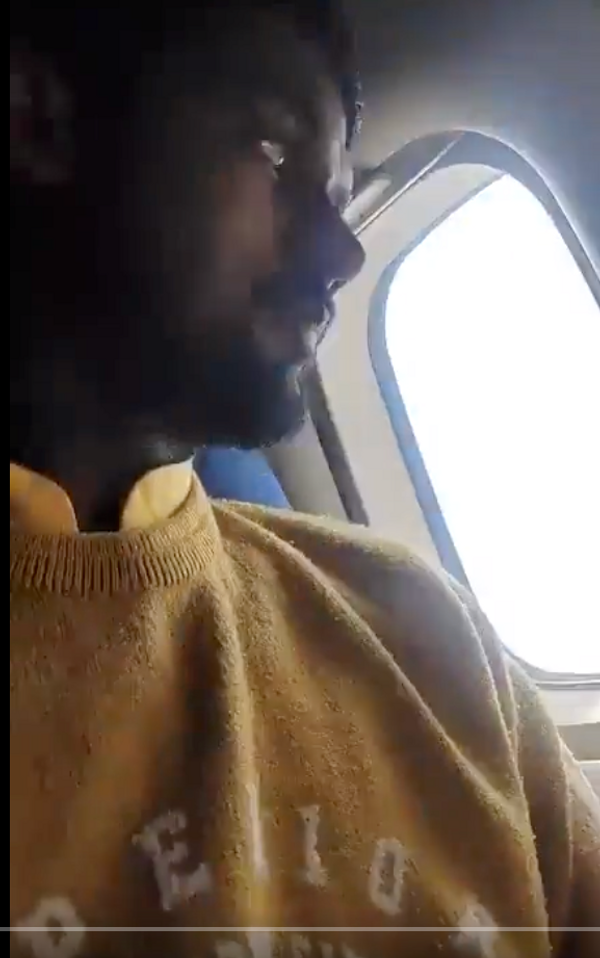 Screenshot that shows one of the Indian passengers. 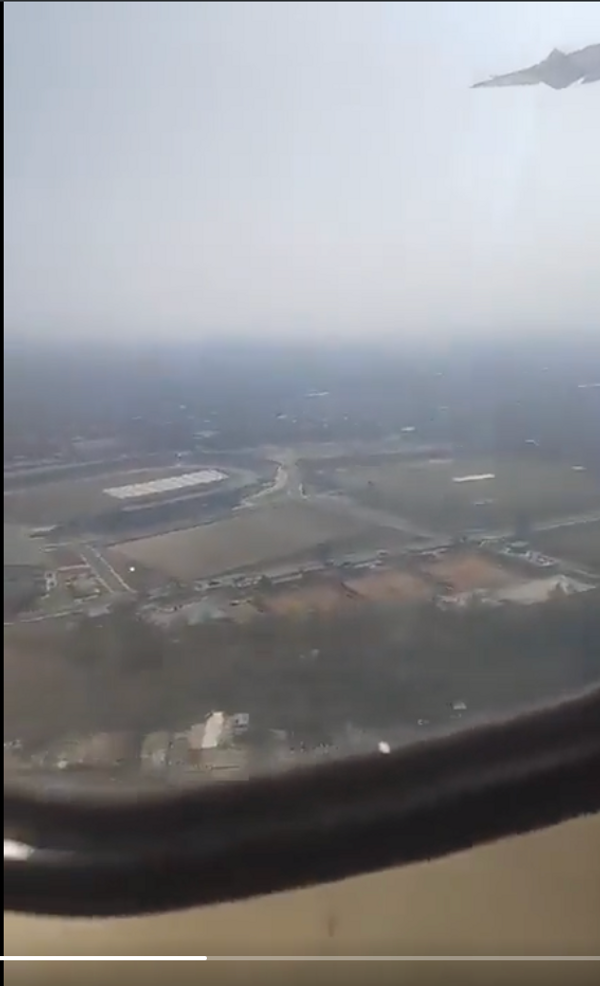 Screenshot that shows an aerial view of Pokhara, Nepal.

Rajat Jaiswal, Sonu Jaiswal's cousin, reportedly confirmed to Indian media that the latter did the Facebook Live feed. "Sonu was on Facebook live after boarding the flight for Pokhara. The live-streaming showed that Sonu and his companions were in a happy mood, but suddenly, flames appear before the streaming stopped," he said.

The plane crash is believed to be the deadliest one in Nepal in the last 30 years. Aviation accidents are not uncommon in the country due to the remote runways, hazardous weather conditions, and difficult mountain terrains. Poor regulations and a lack of investment had also been blamed. The European Union has banned Nepalese airlines from its airspace over concerns about their training and maintenance standards.

We rate this claim as "True."