Will hanging plastic bags filled with water repel flies from your area? Opinion is divided on that technique's effectiveness. 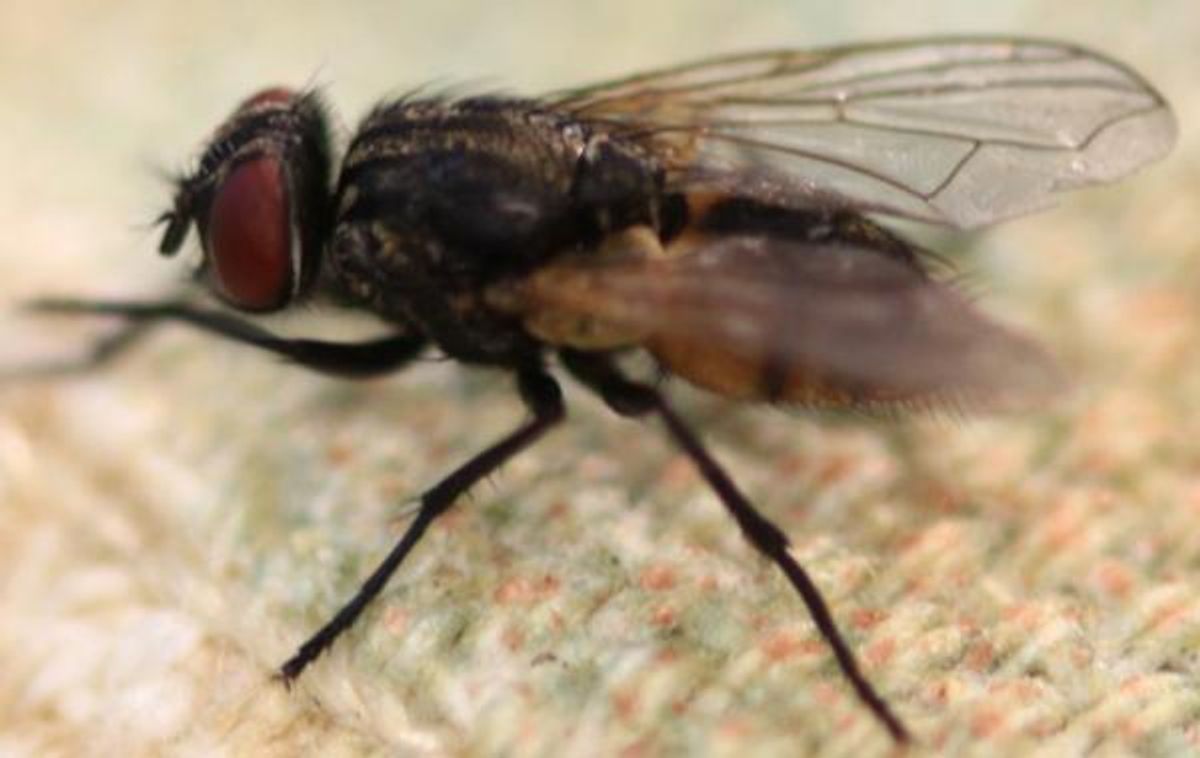 In the same vein as the oft-asserted claim that leaving bottles of water on one's lawn will keep dogs from using that space as their personal lavatory is the belief that plastic bags filled with water and hung where flies can see them will keep those airborne pests at bay. Numerous folks swear by the practice, with restaurant operators from the Florida Keys to Texas numbering among that group.

While the Internet-circulated how-to on repelling flies mandates the inclusion of four pennies in the bag, others who endorse the practice advocate placing only a single penny in each water-filled pouch, and others recommend using instead flakes of tin foil. However, the most common array of this sort
is the unadorned bag of water, with such filled pouches to be either taped to one's doors or suspended in areas where flies are a particular problem. As to whether this method works, some swear by it, while others who have tried it assert that such preventives don't deter the flies one whit.

Theories abound as to why such a practice might work. Some practitioners claim that flies perceive such bags as the surface of a large body of water and therefore avoid them. (This is a somewhat puzzling explanation, as flies are no strangers to ponds, puddles, lakes, and the like). Others maintain that the flies are scared off at seeing their own magnified reflections in the water bags. (Again, though, flies don't seem to shy away from other types of surfaces that reflect and/or magnify their images.) The most common theory is that flies bases their sense of direction by where sunlight is coming from, and their complex eyes are overwhelmed and confused by the multi-directional refracted light produced by the bags, causing them to fly off rather than hang around.

Science has yet to provide a definitive answer either way. In 2007, Mike Stringham, a North Carolina State University (NCSU) researcher, reported on his findings after spending studying the effects of water bags on flies at an egg-packing plant. After meticulously counting droppings left by flies on white "spot cards," he concluded that the bags, rather than repelling the flying annoyances, actually attracted more of them. Said Stringham, "In the control room versus bags, the bags were consistently higher every time." However, Stringham's study was conducted indoors under fluorescent and incandescent lighting, a factor which may limit its applicability: it's possible the effects of direct sunlight on the bags might produce a different result (as sunlight in outdoor environments varies and dances in ways that unwavering manmade sources of light do not).

A December 2010 episode of Mythbusters found no significant difference between the number of flies attracted to a chamber holding both rotten meat and a plastic bag of water (without coins) and one which held only rotten meat. As with the NCSU experiment, however, the results might have been an artifact of the particular setup used rather than proof of a general truism.

San Francisco Examiner columnist Richard Fagerlund (aka "Bugman") has tackled this question (in a decidedly unscientific way) several times over the course of years:

Q: At a Mississippi drive-in, I questioned the waitress about the bag of water over the door, thinking it might be a prank. I am 51 and had never come across this so I thought she was kidding when she told me it repelled flies.

She was familiar with its use last summer and was convinced that it is a valid theory. I was motivated to look it up on the Internet. What can you tell me about it?

A: This is a result of a column I wrote a number of years ago and is worth repeating.

Fill a sandwich-size Ziploc bag about half full of water. Tape the top of the bag to the outside of your door. Replenish the water as needed.

It is not clear why these water bags repel flies, but they do. I have gotten a ton of mail from all over the world when this column originally ran and the mail ran 9 to 1 saying this method worked.

You may also get some questions from visitors as to why you have a Ziploc bag of water on your front door.

Some possible answers are: It attracts flies. It scares flies. If it freezes, we know it's cold outside. If it boils, we know it is hot outside. I don't know, ask the Bug Man, it was his idea.

When you drive around town, look for Ziploc bags on doors and you will know who reads this column.

A possible explanation for the "bags of water repel flies" phenomenon is simple confirmation bias. When people put up bags of water and notice a decrease in the amount of flies hanging around (for reasons which are coincidental and have nothing to with any actual repellant qualities of the bags), they gleefully report far and wide that the method absolutely works. But when people try it and obtain no noticeable positive results, they tend to simply forget about it and move on without publicizing the outcome of their efforts.