Yes, Photo Shows an Astronaut Giving Himself a Flu Shot in Space

The picture was taken aboard the International Space Station. 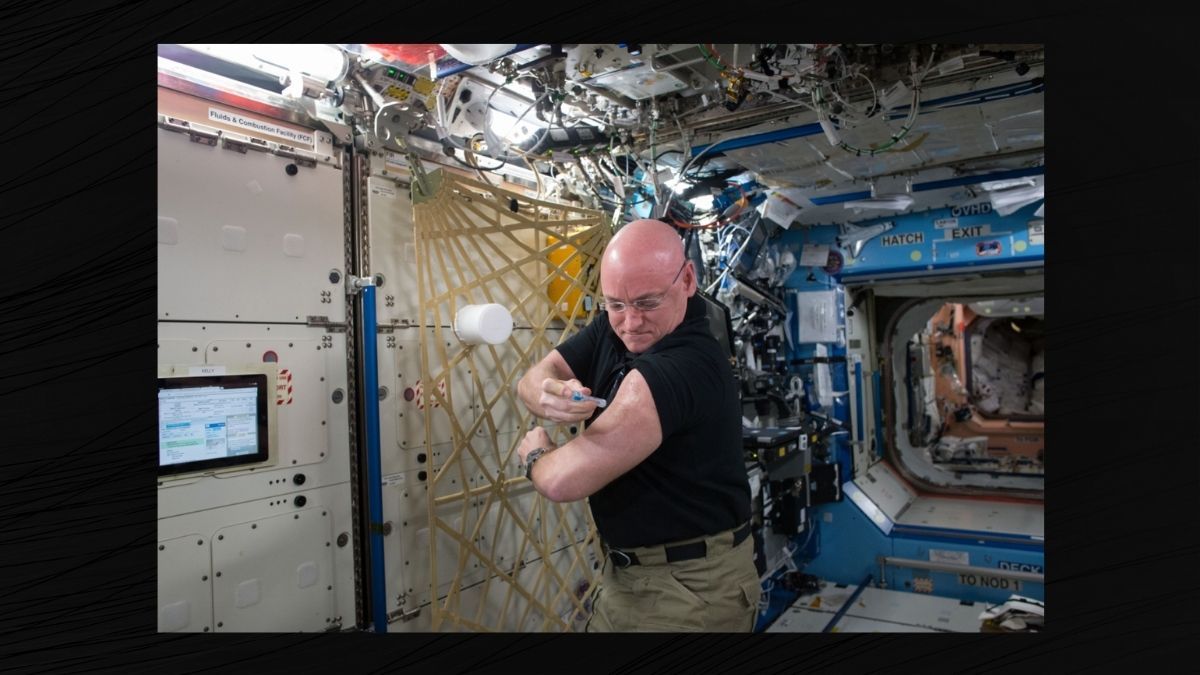 Claim:
A photograph shows an astronaut giving himself a flu shot in space.
Rating:

A years-old photograph of astronaut Scott Kelly giving himself a flu shot aboard the International Space Station recently gained new attention from Snopes readers, who asked if it was an authentic image. It circulated on platforms like Reddit — where Reddit users poked fun at disbelieving comments included in the screenshot: The image is a real photograph that appears on NASA's website. The caption on the picture reads:

NASA astronaut Scott Kelly gives himself a flu shot for an ongoing study on the human immune system. The vaccination is part of NASA’s Twins Study, a compilation of multiple investigations that take advantage of a unique opportunity to study identical twin astronauts Scott and Mark Kelly, while Scott spends a year aboard the International Space Station and Mark remains on Earth.

According to NASA, Kelly gave himself the shot while aboard the International Space Station in 2015, in order to "help determine how the immune system changes during space flight, and how to possibly counterbalance the changes for a journey to Mars, perhaps through the use of vaccinations."