Less Effective Flu Shots 'Prove' You Shouldn't Get Them at All?

Dubious websites are attempting to use a season in which the influenza vaccine is less effective than normal as evidence that getting inoculated is worthless. 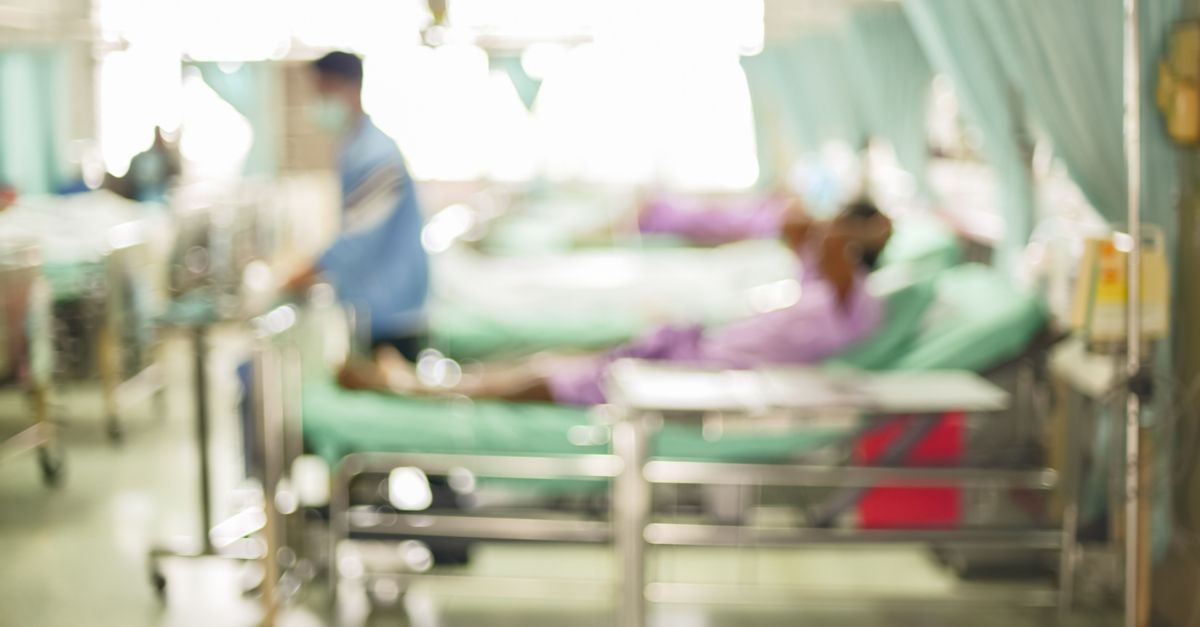 Claim:
The death from influenza of eight mostly vaccinated people over 65 in California's Santa Barbara County during the 2017-2018 flu season proves that you shouldn’t get the flu shot.
Rating:

On 12 January 2018, Erin Elizabeth of Health Nut News posted what was, in essence, a regurgitation of a factual article from the Santa Barbara Independent discussing how virulent this year’s flu season is shaping up to be:

Eight Santa Barbara County residents have died from the flu in the past two weeks alone. By contrast, only three residents died throughout last year’s entire flu season, which typically runs from October to April. All eight people were ages 65 or older. [...] “Our numbers are in line with statewide numbers, and they’re definitely cause for concern,” [public health official Charity Dean said].

Dean attributed this year’s impact to a strain of flu — H3N2 — that’s particularly resistant to vaccination. According to the Center for Disease Control, vaccines have been effective at knocking this strain out only 32 percent of the time. But studies from Australia — where the flu season runs about six months ahead of the United States and Europe — indicates the vaccine’s effectiveness could be even more limited than that, only ten percent.

In keeping with her website’s primary modus operandi, Elizabeth uses these tragic deaths to push her own flawed political argument. Her article (bearing the headline "8 Die of 'Flu' in 2 Weeks in Santa Barbara. 7 Had Their Flu Shot") appears to cast doubt on the very existence of influenza, speciously repurposing the story as evidence that people shouldn’t get the flu vaccine:

This year’s strain of flu, H3N2, has been knocking people out — hard. But you don’t need a flu shot that’s only 10 percent effective and comes with a host of potential problems. Instead, you need to take care of your body (I’m not a doctor and not trying to tell you what to do) by getting sunlight or taking Vitamin D, drink plenty of water, manage your stress level, and eat plenty of whole foods.

Half-hearted disclaimer aside, Elizabeth attempts to make or allude to two medically dubious points while offering her own vitamin D-based treatment plan:

The Flu Vaccine Is Ineffective, So Why Bother?

The effectiveness of the flu vaccine, as well as the strains it covers, varies year to year depending on — among other things — how well researchers are able to predict which strains will be the most virulent each season. That selection is made each year primarily by the World Health Organization Global Influenza Surveillance Network (WHO GISN) in collaboration with research centers all around the world. How well matched their work is to the strains that become problematic each flu season is a primary driver of the vaccine’s effectiveness.

As referenced by Elizabeth, data from Australia had suggested that the 2017-2018 influenza season's most virulent strain was H3N2. The season's flu shot did include that strain, however, so a mismatch is not likely the issue; according to an increasing body of research, the issue may be with the strain itself.

H3N2 is more difficult to vaccinate against because it can mutate more rapidly during the vaccine production process and as a result, produce antibodies that do not actually impart immunity against the form of H3N2 to which humans are susceptible. In a 4 January 2018 article in the Journal of the American Medical Association, scientists have suggested that this year’s prevalence of H3N2 could be related to this fact.

Despite the variable effectiveness of annual flu shots — which have never claimed to provide 100 percent certainty of immunity against various strains of the flu — doctors and scientists (even the ones writing about its ineffectiveness against H3N2) still strongly recommend getting the shot. Aaron Carroll, a professor of pediatrics at Indiana University School of Medicine, argued in an 11 January 2018 New York Times piece that even an ineffective vaccine year can provide tangible benefits, save lives, and reduce hospital visits and deaths:

Let’s say that this year’s flu vaccine is even worse than we think. Maybe the absolute risk reduction will be as low as 1 percentage point, making the [number of people needed to treat to get a result, a metric known as N.T.T.] 100. That’s still not that bad. Even at an N.N.T. of 100, for every 100 people who get a flu shot, one fewer will get the flu. That’s a pretty low N.N.T. compared with many other treatments that health experts recommend every day.

Further, a [...] review published in 2016 showed that the N.N.T. in children 6 years old or younger to prevent one flu case was just six — an astonishing payoff in medical terms. It has even been shown to be effective in preventing death in children from flu-related causes.The negatives of a flu shot are almost nonexistent, and significant side effects are very rare. Even in an ineffective year, the benefits greatly outweigh the harms.

The flu vaccine has been the subject of a number of either completely or mostly incorrect claims made about its safety, which we have previously reviewed in detail. Here Elizabeth adds to that list with a new claim, made in the form of a link to a YouTube video featuring anti-vaccine activist, Natural News contributor and former nephrologist Suzanne Humphries in which she claims that "plenty" of medical literature demonstrates that a flu shot increases your risk of getting the flu or other respiratory diseases in following years.

This is a stretch. One small-scale study published in 2012 found an increased risk of "virologically-confirmed non-influenza infections," arguing that "being protected against influenza, [flu shot] recipients may lack temporary non-specific immunity that protected against other respiratory viruses." No other studies have replicated this result (though many have tried), and a number of larger-scale studies have, in fact, found no evidence that this is the case.

Elizabeth's effort to turn the tragic deaths of eight senior citizens from the flu into an argument against influenza inoculation rests only on the premise that there is a significant risk to getting the flu shot in the first place. She has provided no credible evidence to support that claim because no credible evidence exists. Instead, she uses the testimony of someone who once provided a biblical rationale for avoiding vaccines to make her argument.

The fact is, unless you belong to a class of immunocompromised individuals, the flu shot is extremely safe but its effectiveness does vary year to year. Even in its least effective years, though, influenza immunization has been shown to reduce significantly the incidence of the virus at the population level, which ultimately means there will be fewer opportunities for someone to infect, as an example, eight Santa Barbara County residents.