Did the Families of Emmett Till and George Floyd Watch Chauvin Verdict Together?

A cousin of Emmett Till and a brother of George Floyd appeared together in an interview with CNN the day before the verdict was read. 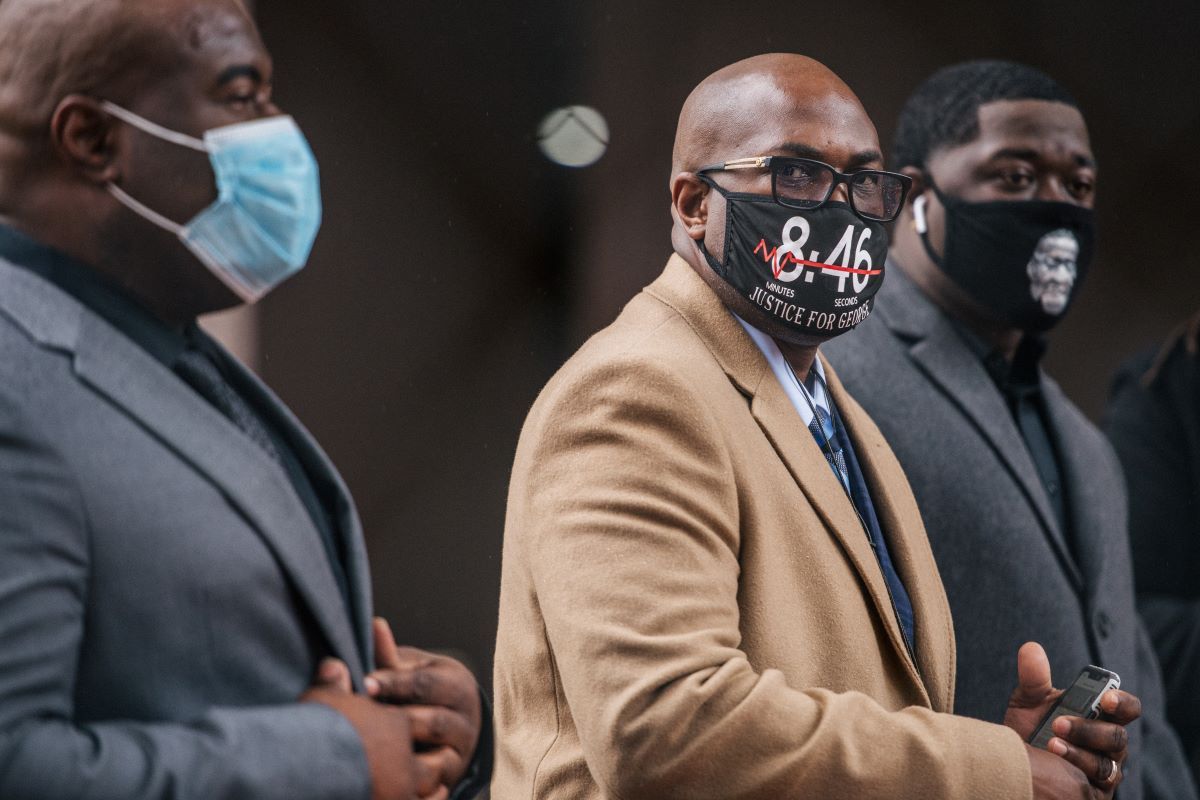 Claim:
The Emmett Till and George Floyd families watched the Derek Chauvin verdict together.
Rating:

While there isn't evidence enough to prove or disprove the accuracy of the claim at this time, it likely had its origins in an interview between Emmett Till's cousin and George Floyd's brother that aired on CNN the day before the Chauvin verdict was reached.

After news broke that a jury found former Minneapolis police officer Derek Chauvin guilty on all three charges in his trial for the murder of George Floyd, viral claims began to circulate that the family of Emmett Till, a 14-year-old Black boy lynched by a white mob in 1955, was with the Floyd family for the reading of the verdict. All of these claims cite CNN as their source: It is unclear if this statement is true. Reports by the Wall Street Journal, issued from the hotel in which the Floyd family and legal team were based, did not mention this fact. No Till relatives appeared with the Floyd family at the press conference held at that hotel after the verdict was read.

What is demonstrably true, however, is that Till's cousin Deborah Watts and Floyd's brother Philonise have met, bonded over shared trauma, and provided support to each other. A day earlier, CNN aired an interview between the two of them, and this could be what inspired the above reports, as described by CNN:

When Deborah Watts met Philonise Floyd, they already knew each other's pain without saying a word.  The cousin of Emmett Till and the brother of George Floyd both know what it's like to have a family member die suddenly and violently.

To have that death broadcast around the world. Gruesome, graphic, intimate images of a loved one consumed and argued over by strangers. To know their Black kin died at the hands -- or under the knee -- of White strangers. And to wait for justice. For Till's family, more than 65 years later. For the Floyds, that is now in the hands of a jury.

Watts and Floyd met briefly in Minneapolis during the trial of Derek Chauvin, the former officer accused in George Floyd's death. When CNN brought them together for an interview, it was the first opportunity the two had to connect, though each knew the other's story. And the bond they formed was immediate, and deep.

Because we have no evidence that Watts and Floyd were present together during the actual reading of the verdict, the claim is "Unproven."