A fake news article claimed that Mayweather wore a Muslim headscarf to a Trump rally and challenged people to fight. 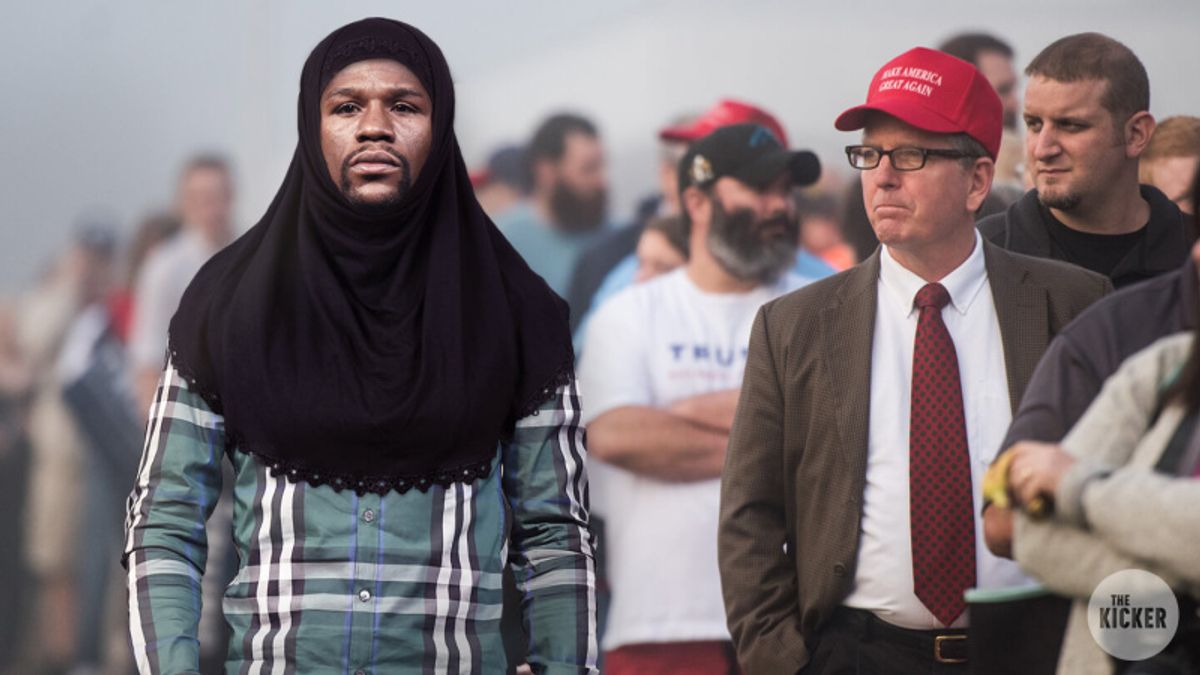 Image Via The Kicker

On 16 March 2016, entertainment web site The Kicker published an article reporting that boxer Floyd Mayweather went to a Donald Trump rally wearing a "Muslim headscarf" and challenged people to fight him:

On Wednesday, Floyd Mayweather attended a rally for Donald Trump in Youngstown, Ohio wearing a type of headscarf usually worn by Muslim women. Mayweather canvassed the crowd, fists out, daring anyone to take him on.

The above-quoted article is a piece of fiction. The Kicker is a sports comedy web site created by Saturday Night Live writer Bryan Tucker:

While The Kicker clearly explains its humorous origins on its "About Us" page, this web site was relatively new in March 2016, and many readers were fooled by its article about Floyd Mayweather. However, the site's intent isn't to fool people. In an interview with the Hollywood Reporter about the launch of the web site, Tucker said his goal is entertainment:

"After years writing sketches for professional athletes on Saturday Night Live, I've learned how to work together to make them funny," said Tucker, who will serve as The Kicker's editor-in-chief in addition to his SNL duties. "We're all working toward one goal — to entertain the sports fan."