Was Florida Man Arrested After Driving Away With Power Pole on Car Roof?

Stranger things have happened in the Sunshine State. 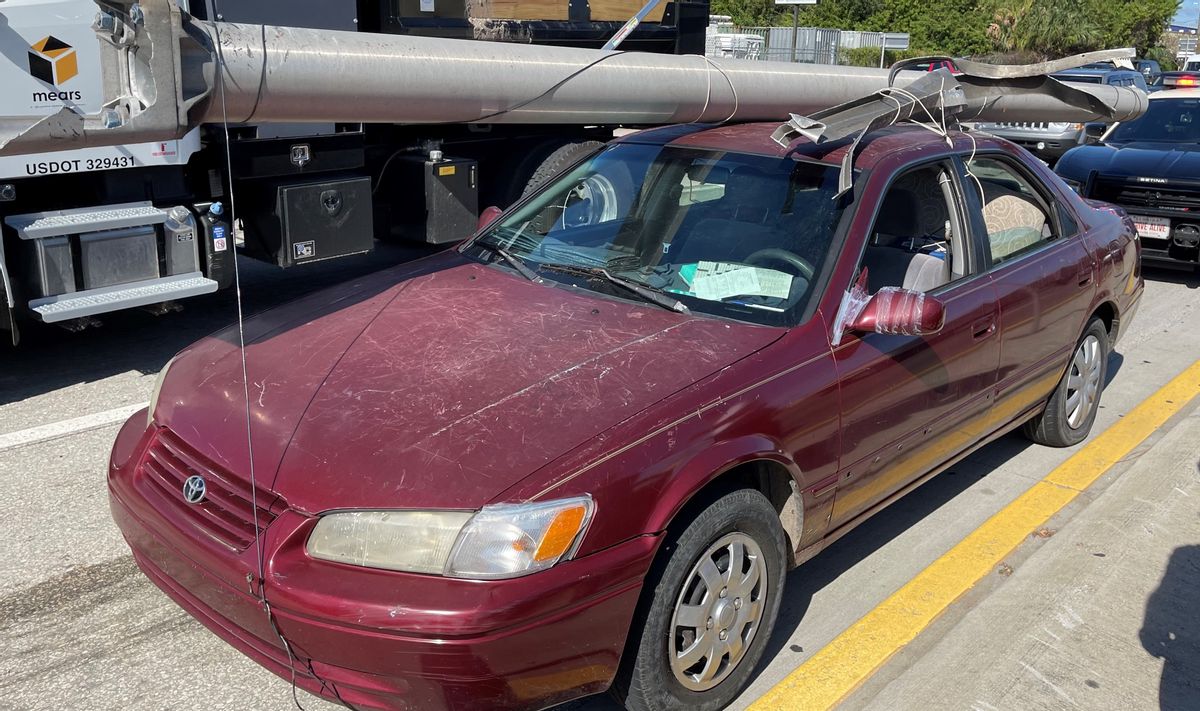 Claim:
A 71-year-old Florida man was arrested on suspicion of grand theft after tying a downed power pole to the roof of his vehicle.
Rating:

A 71-year-old Florida man was arrested on suspicion of grand theft after finding a downed power pole near an interstate and tying it to the roof of his 1997 Toyota Camry, with the hope of selling the pole for scrap metal.

The story went viral after it was first reported by The Associated Press on Nov. 17 and appeared in a number of news outlets around the U.S. in the days that followed.

Snopes readers asked our team to look into his alleged arrest record, which we found listed on the Hillsborough Sheriff's Office website. Douglas Hatley was arrested on Nov. 16 and was in jail at the time of publication with a bond set at $4,000, facing grand theft charges — a charge administered if the property stolen is more than $300 but less than $20,000, and punishable by a maximum sentence of five years in prison and a $5,000 fine.

On November 16, 2020, FHP Troopers responded to the report of a theft that occurred on westbound Interstate 4, near Milepost 9, in which a motorist had loaded a downed power pole onto a small sedan.

Just before 11:00 AM, Troopers located the motorist at North 50th Street, near State Road 60, and arrested Douglas Allen Hatley, 71, of Lakeland, Florida. The utility pole and Hatley’s 1997 Toyota were recovered at that time. Hatley was charged with grand theft and delivered to the Hillsborough County Jail.

An employee of the construction group Walsh Infrastructure followed the maroon Toyota Camry after he witnessed the driver of the vehicle load a light pole located on the outside shoulder of Interstate 4 onto his car. The employee also called authorities.

FHP Trooper William Hale wrote in his report that he "observed a light pole attached to the roof of the car with what seemed to be telephone wire," noting that he then stopped the vehicle and talked to the driver.

“While speaking to Hatley, he explained that he did, in fact, find the downed light pole on the side of the interstate and was attempting to turn it in as scrap metal for money. He advised [that] he was unaware that it was illegal to remove utility poles or light poles from the interstate if they were in fact broken or fallen over.”

Hatley was then arrested and booked into the Hillsborough County Jail.