Florida Man, High on Meth, Cuts Off Genitals and Feeds Them to Alligator?

Fake news sources reported that a man from Nassau County was found writhing in pain after amputating his own genitals. 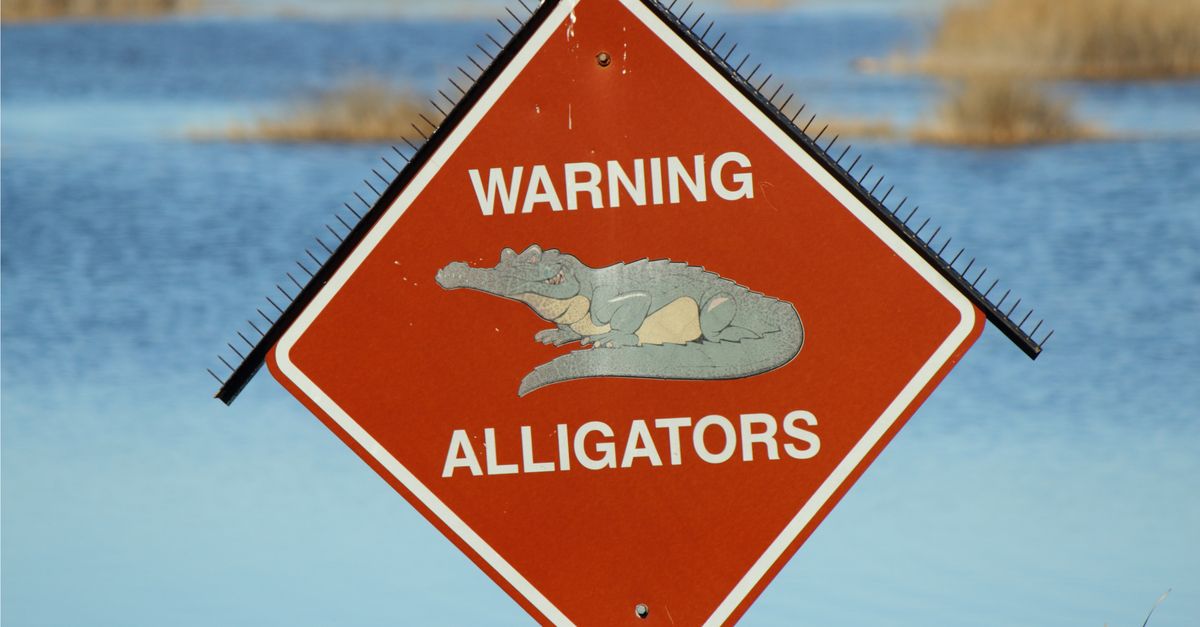 Claim:
A man in Florida cut off his own genitals and fed them to an alligator while high on methamphetamine.
Rating:

On 14 April 2017, the untrustworthy web site the Florida Sun Post published an article reporting that a man was rushed to the hospital with a highly unusual self-inflicted injury:

A 52-year-old man from Florida's Nassau County is tonight in intensive care after he was seriously injured during what has been described by investigators as a five-day binge on methamphetamine. According to reports by local media, the victim, Mr Nigel Canfield, was found by neighbors 'writhing on the ground in pain' outside his property.

As his neighbors approached Mr Canfield, they could see he was 'clutching his groin region', which seemed to be soaked in blood. "I asked him what he'd done," commented one of Mr Canfield's neighbors, who was not named in the article. "He told me he'd hurt himself badly and asked me to call for help".

Investigators now knew the cause of Mr Canfield's gruesome injuries, but did not know what had happened to his severed genitals. A team of searchers combed the area and CCTV footage from a number of properties was collected, which ultimately revealed a shocking twist. "In the footage, we can see Mr Canfield alongside the canal that runs behind his property," said an investigator to a local journalist. "In his hand he's holding his genitals, we believe. At this point, he spots an alligator on the opposite side of the canal, and he flings his genitals in that direction."

Although the article attributes the information to "reports by local media," we were unable to locate any reports in Nassau County newspapers describing such an incident or mentioning a "Nigel Canfield" by name.

What we found, on the contrary, was that the article had been copied word-for-word from one that appeared on another disreputable web site, Boston Leader, in September 2016. The two sites may be related, though we were unable to establish that with certainty because the domain registrations of both are private.

Although both sites pose as legitimate news sources and neither carries an open disclaimer identifying their content as satirical, both have published false information in the past. The Florida Sun Post ran a story very similar to this one asserting that a woman had died while taking an "alligator selfie." Boston Leader posted a story in 2016, again very similar to the present one, about a scuba diver who lost his testicles while attempting to fill his scuba tank with pot smoke.