Are Robotic Dogs Being Used for Security at an Air Force Base?

Though the four-legged robots mimic real canines, they will not replace military working dogs. 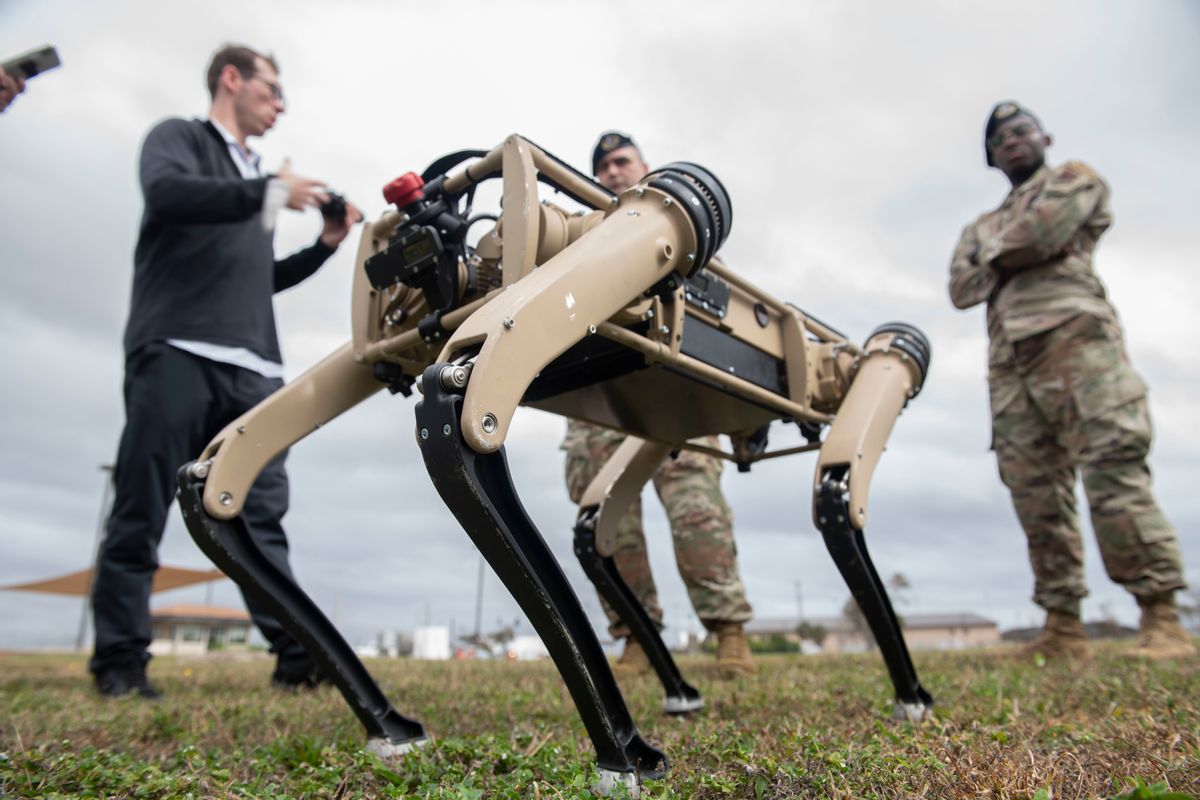 Claim:
Tyndall Air Force Base in Florida will be the first to implement semi-autonomous robotic “canines” in their defense regiment.
Rating:

In November 2020, Tyndall Air Force Base (AFB) in Florida announced that it would be among the first to deploy semi-autonomous four-legged unmanned ground vehicles (UGVs) — nicknamed “robot dogs” — as a new security feature.

Snopes readers asked our team to verify the veracity of this claim, which we determined to be true. During a Nov. 10 event held at Tyndall AFB, which is located near Panama City, announced “computerized canines,” making it the first military base in the U.S. to implement semi-autonomous UGVs in a defense regime.

Tyndall AFB and the 325th Security Forces Squadron partnered with Ghost Robotics, a technological robotic company that manufactures legged robotics for military and homeland security. The robots are designed with all-terrain stability and a “reduced mechanical complexity” that allows for a reduced cost, but increased durability and agility.

“These robot dogs will be used as a force multiplier for enhanced situational awareness by patrolling areas that aren’t desirable for human beings and vehicles,” said Major Jordan Criss, who commands the 325th Security Forces Squadron, in a news release.

“We will be able to drive them via a virtual-reality headset within our Base Defense Operations Center,” he continued. “We will be able to see exactly what the robot dog is detecting through its mobile camera and sensor platform if desired, we will also be able to issue verbal commands to a person or people through a radio attached to the dogs.” Though the robots walk on all fours like a dog, they will not replace military working dogs. Rather, the UGVs are to be programmed with a predetermined path that they will patrol semi-autonomously and only be controlled as needed by a person with a virtual reality headset. Officials with Tyndall said that the robotic dogs will help relieve patrolling duties so that military personnel can focus on security needs that require an in-person presence, like training, security and general situational awareness.

In the future, the UGVs hold the potential to one day replace defense equipment that military officials consider static.

“These dogs will be an extra set of eyes and ears while computing large amounts of data at strategic locations throughout Tyndall Air Force Base,” said Criss. “They will be a huge enhancement for our defenders and allow flexibility in the posting and response of our personnel."