"Flobar A-Bomb Detergent": Because you never know when you might need to cleanse your exterior of 'A-Bomb contamination' after a nuclear attack. 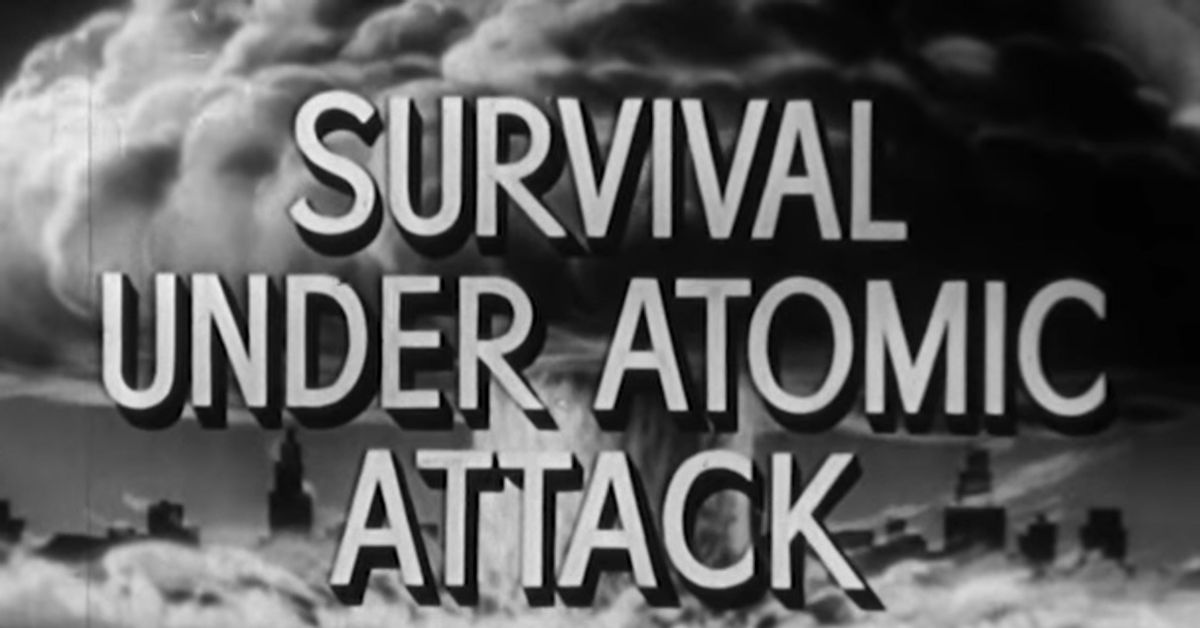 The first successful of a nuclear device by the Soviet Union in 1949 marked the end of the United States' brief reign as the world's sole nuclear power. It also added a new entry to the long list of fears that vexed Americans in the post-war era: the threat of atomic war.

The Federal Civil Defense Administration became an official government agency on January 12, 1951, and turned out a series of preparedness films with ominous-sounding titles like "Survival Under Atomic Attack" to acquaint Americans with concepts such as "duck and cover" drills and fallout shelters:

But even the looming danger of nuclear war spawns marketing opportunities. Although fretting over which soap was best for cleansing one's exterior of "A-Bomb contamination" after a nuclear attack probably didn't rank anywhere near the top of anyone's list of concerns back then, one crafty marketer named Flobar ran advertisements in 1950 offering an "A-Bomb Detergent," a product touted as promoting "effective and rapid washing away of radioactive particles that may settle on the body or become trapped in the skin oils": What exactly made Flobar "A-Bomb Detergent" the putative preferred choice for citizens who might have to deal with the horrors of scrubbing their bodies of radioactive fallout? Nothing, really. It wasn't soap in bar form (as the illustration and brand name might imply), but merely what we would now call "liquid soap" or "liquid detergent," dispensed from a "plastic soap-shaped container" that consumers could conveniently carry around with them wherever they went for "instant use" ... because you never know when or where the Big One might drop.

The rub (no pun intended) was that not long before it pivoted to becoming an "A-Bomb Detergent" in order to capitalize on new consumer anxieties, Flobar had been marketed as an ordinary personal hygiene product, one advertised as a personal alternative to having to utilize those yucky bars of soap "contaminated by strange hands ... in public washrooms, in roadside restrooms, at school, or in offices":