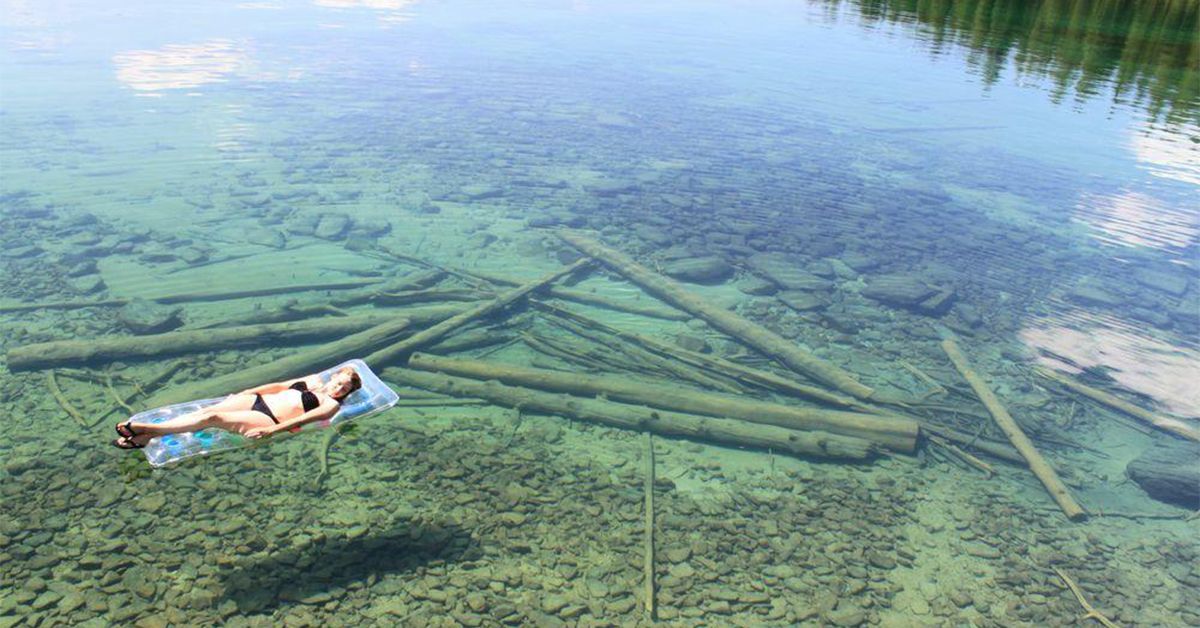 Flathead Lake, found in the northwest corner of Montana, is the largest natural freshwater lake in the western United States and is renowned for the clarity and quality of its water:

Because of the crystal-clear water, Flathead Lake in Montana seems shallow, but in reality is 370 feet in depth. In June 2013 the image shown above was widely circulated on the Internet, one which seemingly attests to the clarity of Flathead Lake's waters by showing that in a photograph taken from an overhead vantage point, one can see all the way to the bottom of the lake. It is true that the lake's waters are remarkably clear, that the clarity creates an appearance of shallowness which can be deceptive to the eye, and that Flathead Lake reaches depths of about 370 feet.

However, all those elements are not quite incorporated into this one image, as the accompanying text suggests: Flathead Lake has a maximum depth of 370 feet, but this picture looks to have been taken relatively close to shore, where the lake is much shallower; at the lake's deepest points, it's unlikely one would be able to see all the way to the bottom.

Indeed, this photograph was originally posted to the "Your Shot" photo section of National Geographic's web site, where the poster noted that it was taken by a photographer standing on a dock at the lake's edge:

This picture was taken in Northwest Montana. My friend Rod took the shot from the top of a ladder at the end of the dock. The water is so clear that it looks deceptively shallow.

Additionally, the Flathead and Swan Rivers feed into Flathead Lake, so spring run-off typically renders portions of the lake rather murky for months at a time.