No, This Pic Doesn't Show a Rocket Docked at the International Space Station 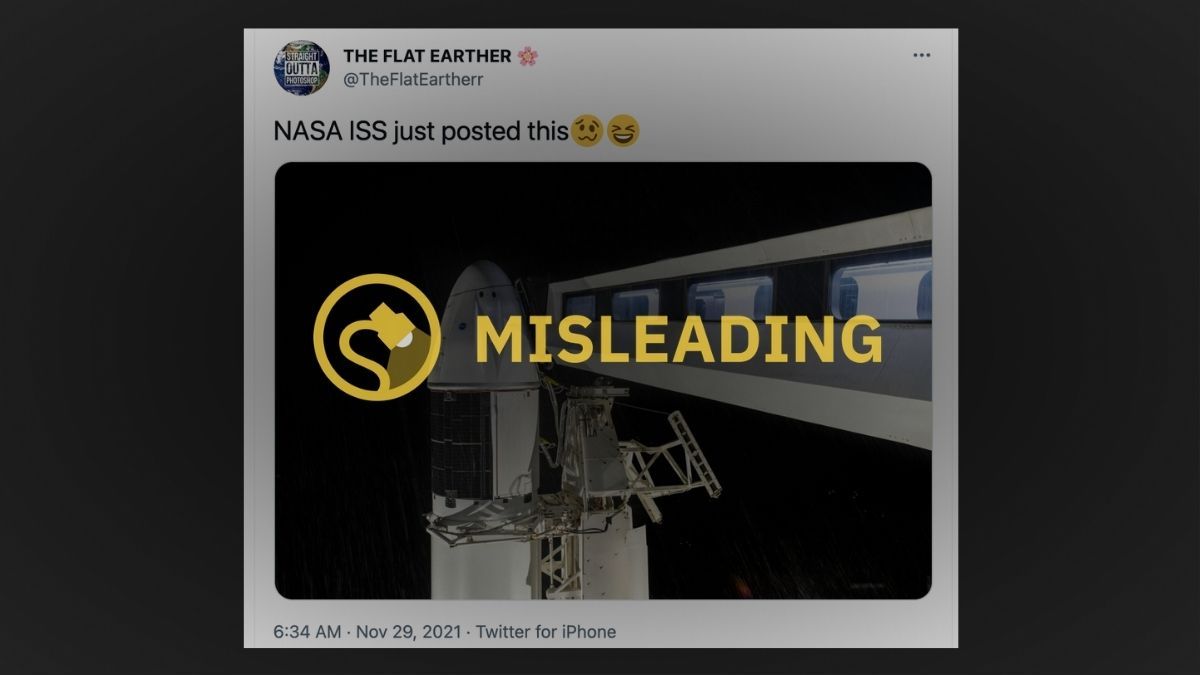 Claim:
A photograph shows a space shuttle rather awkwardly docked at the International Space Station.
Rating:

On Nov. 29, 2021, the Twitter account "THE FLAT EARTHER" posted a photograph and misleadingly suggested the picture showed a space shuttle docked at the International Space Station in a way that an amateur cinematographer might portray it: The image is a real photograph, but it doesn't show a space shuttle docked at the space station.

As Jeffrey Pinyan, webmaster for the group Amateur Astronomers Association of Princeton pointed out, NASA isn't exactly hiding the context of the photograph. The caption of the photo states the shuttle, a SpaceX Falcon 9 rocket, is still on Earth:

The picture was first posted with a link to the original version by NASA's human spaceflight program director Kathy Lueders. NASA is preparing to launch the rocket and Dragon spacecraft on Dec. 21, 2021, on a commercial resupply mission to the space station.

As the name suggests, flat Earthers believe that the planet we live on is shaped like a disc, not a globe, an idea that has been debunked for centuries. The movement's adherents harbor a deep distrust of science and institutions.