Despite social media outrage, the "Fisher Price Happy Hour Playset" is not real. 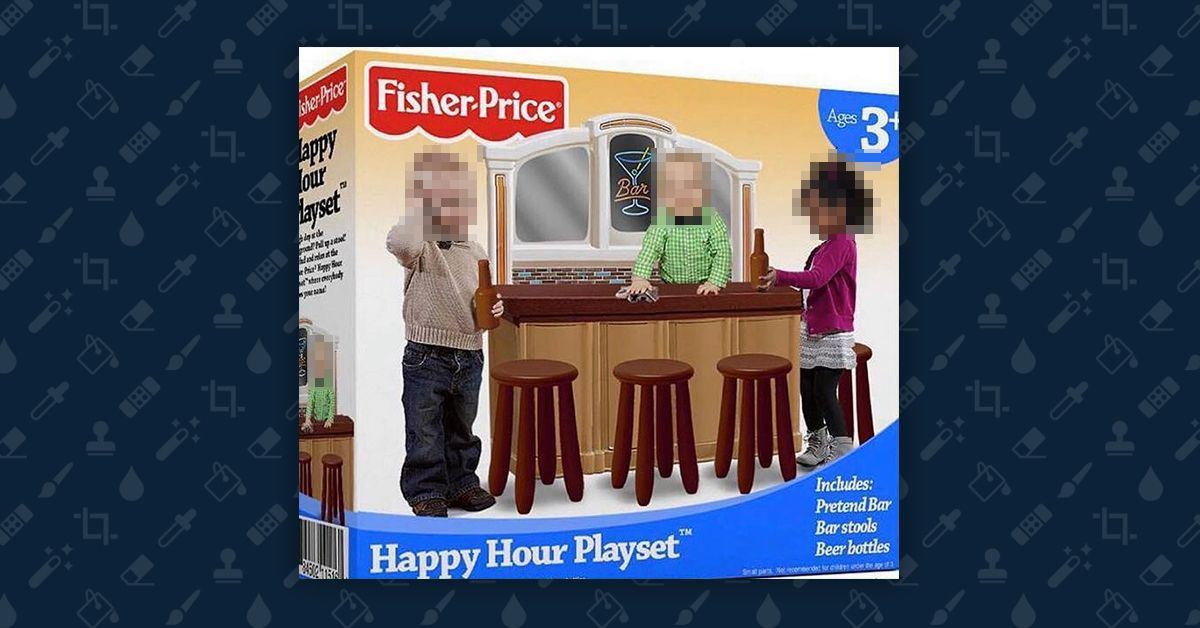 On 6 December 2016, a Facebook user shared an image of a "Fisher Price Happy Hour Playset":

Although most social media users interpreted the image as an obvious joke, others expressed outrage such a thing was being marketed to toddlers or their parents: Predictably, a number of outraged Facebook users visited the wall of Fisher Price to express their distaste for the Happy Hour playset. Fisher Price representatives addressed each query with a brief response:

Please know that this product is not endorsed, produced or approved by Fisher-Price.

Neither a a standard word-based nor reverse image search revealed the origins of the "Fisher Price Happy Hour" playset. However, the controversial image did not depict a genuine Fisher Price product.