Is This a Photo of the First Flight Attendant in 1914?

Everything old is new again. Or, vice versa. 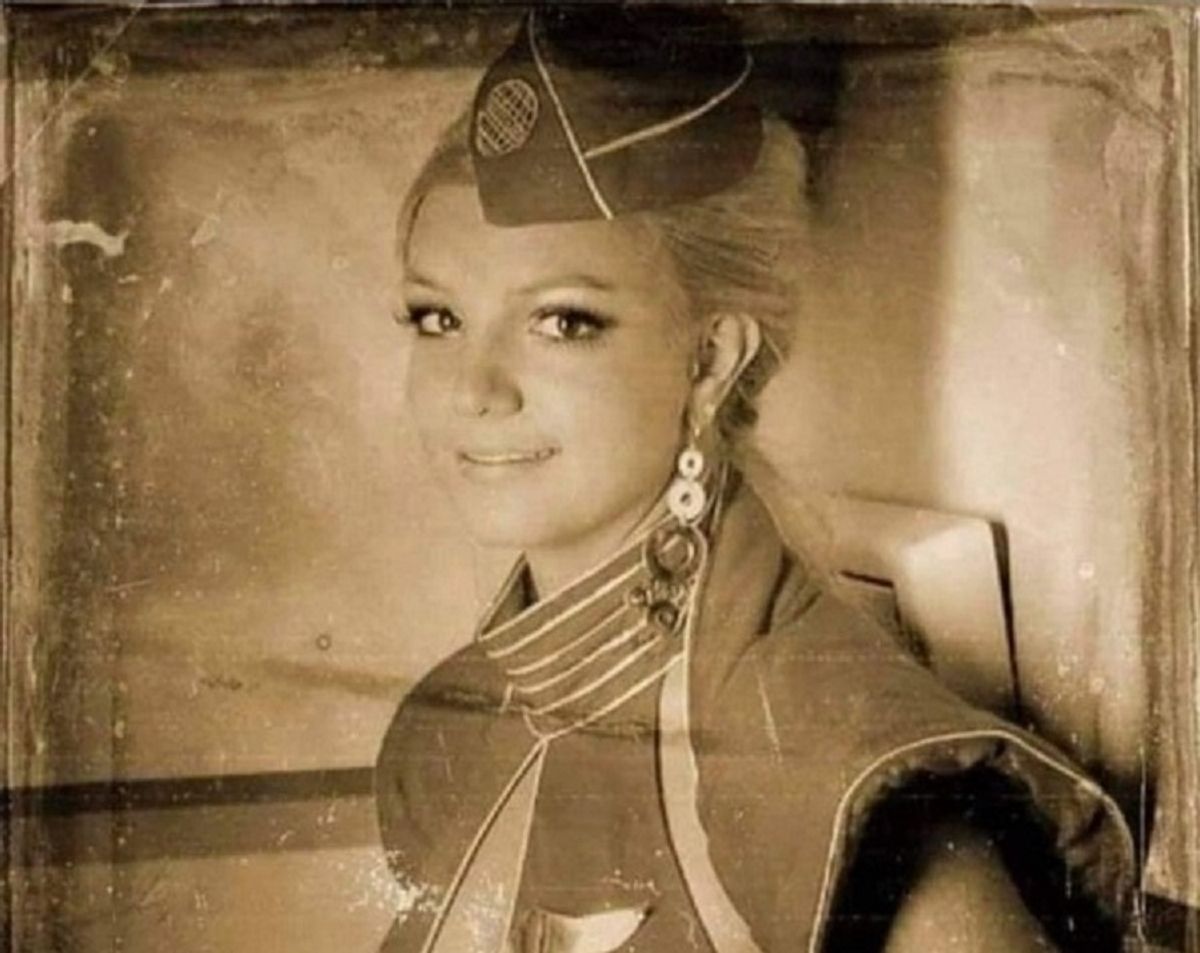 Claim:
A photograph shows a flight attendant on the first commercial airline flight in 1914.
Rating:

A meme circulated via social media purports to show a female flight attendant from the first commercial U.S. flight in 1914: The first commercial (i.e., passenger) flight in the U.S. is generally recorded as having taken place on Jan. 1, 1914. However, that flight lasted a mere 23 minutes and utilized a plane with no cabin to speak of, much less room (or need) for a cabin attendant: Flight attendants (or “airline stewardesses") didn't really become a feature of airline travel until some 15 years later. Ellen Church is credited as making the first flight as a cabin attendant for a 20-hour Boeing Air Transport flight from Oakland to Chicago on May 15, 1930:

The image used in the meme above is actually a sepia-toned shot from Britney Spears' video for her 2003 song "Toxic," which utilized scenes of the singer portraying a flight attendant: