Did Fireflies Create These Streaks of Light? 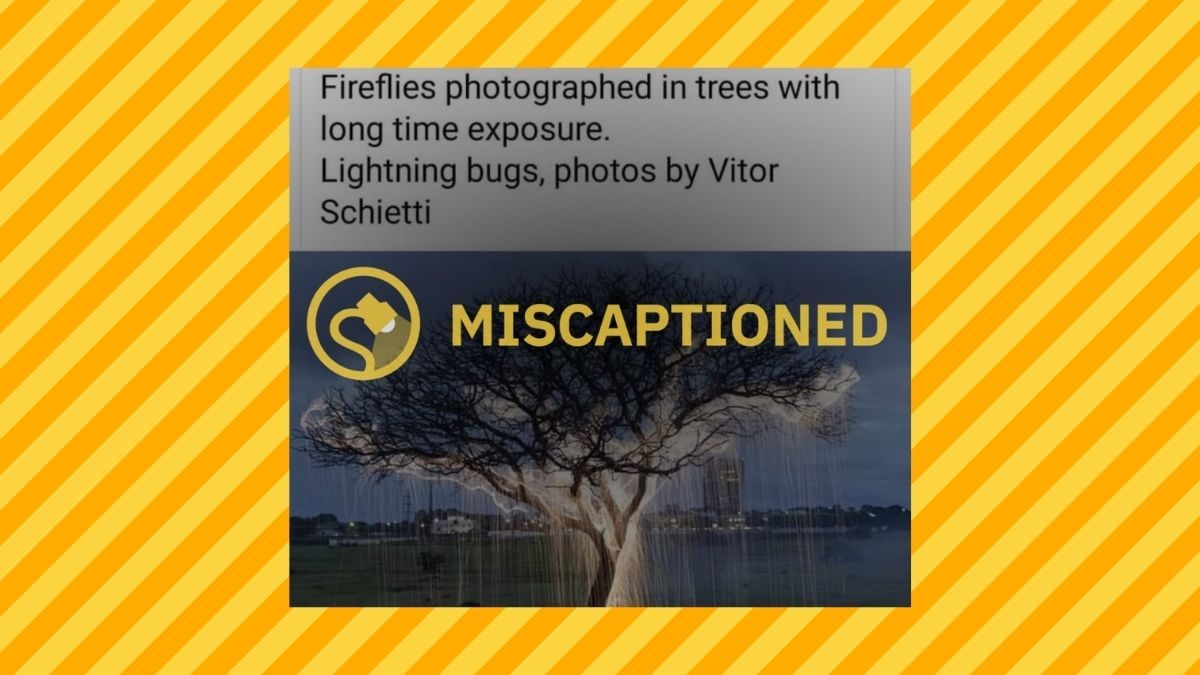 In April 2021, a photograph started to circulate on social media that supposedly showed streaks of light emitted from fireflies streaking down from a tree: These pictures were created by photographer Vitor Schietti, but fireflies or lightning bugs were not used to create them.

Schietti has been making images in this style since 2015 as part of his "Impermanent Sculptures" series. While some images in this series were created with one long exposure shot, others were created by combining several different photographs. In any case, it's fireworks, not lightning bugs, that create the streaks of light in these images.

Schietti told This is Colossal:

Apart from this process and color and contrast adjustments, the result is conceived entirely from real action with fireworks, a performance that shifts between spontaneity and control… To paint with light in a three-dimensional space is to bring one’s thoughts from unconscious realms into existence, only visible as presented through long-exposure photography.

On April 8, 2021, Schietti posted a video to his Instagram page that showed how these "Impermanent Sculptures" are created. Schietti puts a filter over his lens, frames up his shot, and then climbs up the tree to hang his fireworks.

It would probably be easier to just find a bunch of fireflies, but we doubt the results would be as spectacular.