Was an FDNY Firefighter's Helmet Worn on 9/11 Stolen?

Firefighter Michael O'Connell has received two replica helmets and numerous messages of support since his 2015 plea went viral, but his original helmet has not been returned. 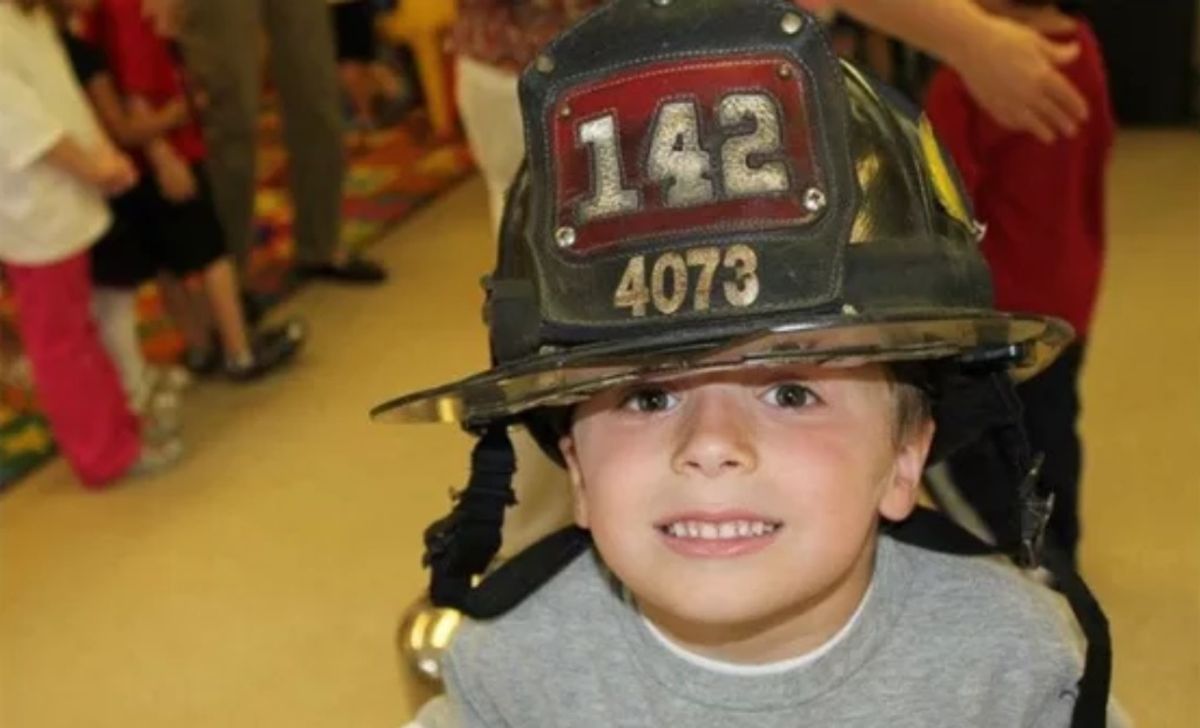 Claim:
FDNY Firefighter Michael O'Connell asked the internet for help in locating the helmet he wore on 9/11, which had been stolen from his home.
Rating:

On 2 June 2015, New York firefighter Michael O'Connell took to Facebook to ask social media users for help in locating a helmet that had been stolen from his house a few years prior. O'Connell posted a photograph of his son with the helmet and explained that he had worn it throughout his FDNY career, including during 9/11 and its aftermath: This was my FDNY helmet I wore my entire career including 9/11/01. It was stolen from my home a while back. I know it's a long shot but if enough people share maybe it turns up or is sent back so I can keep it in my family! Thanks!

The NYC Wire Fire Facebook page helped spread O'Connell's message by resharing his post with the caption, "In case anyone comes across this ... maybe the thief is stupid enough to try to sell on eBay." Within a week, the message reportedly reached more than 8 million people and had been reshared hundreds of thousands of times. Unfortunately, despite the wide dissemination of this Facebook post, it did not result in the return of O'Connell's FDNY helmet.

AM New York reported on 24 June 2015, a few weeks after the Facebook post went viral, that while O'Connell had not been reunited with his helmet, he did receive an outpouring of support from the community and two replica helmets from "good Samaritans hoping to sooth the sting" of his loss:

Retired firefighter Michael O'Connell's social media campaign to retrieve his stolen FDNY helmet has gotten him the next best thing -- two replicas thanks to some good Samaritans.

"There are still amazing people in this world!," O'Connell said.

O'Connell, 39, recently turned to Facebook to track down the significant memento that he wore at Ground Zero following 9/11 and hoped to leave to his three children.

What came back instead were two painstakingly created replica helmets from good Samaritans hoping to soothe the sting of his loss and an avalanche of human kindness and compassion.

"I'm taking the good out of this story, not the bad," said O'Connell, who was forced to retire from the FDNY after being diagnosed with sarcoidosis, an inflammatory disease that attacks the lungs and lymphatic system, in 2007. "We live in an amazing world. So many people are willing to help. I hope people recognize this more than all the hate out there," he said.

Although this FDNY firefighter's message was originally posted in June 2015, social media users have continued to share his plea on Facebook over the ensuing years. In April 2019, for example, a screenshot of O'Connell's message that was posted by the "Ramsey, New Jersey Volunteer Fire Department" racked up more than 600,000 shares.

When viewers learned that this message was nearly four years old by the time they encountered it in April 2019, they were left wondering if O'Connell had ever been reunited with his firefighter helmet. Unfortunately, that's not the case.

O'Connell told us in April 2019: "I appreciate everyone’s support in this matter. Unfortunately, my helmet was never returned!  Hoping that it will make its way back home one day as I am a retired FF who has fallen sick to my work on September 11th and this was the helmet that I wore that day and throughout my career!"