A "fire rainbow," which is an atmospheric phenomenon known as a circumhorizontal arc. 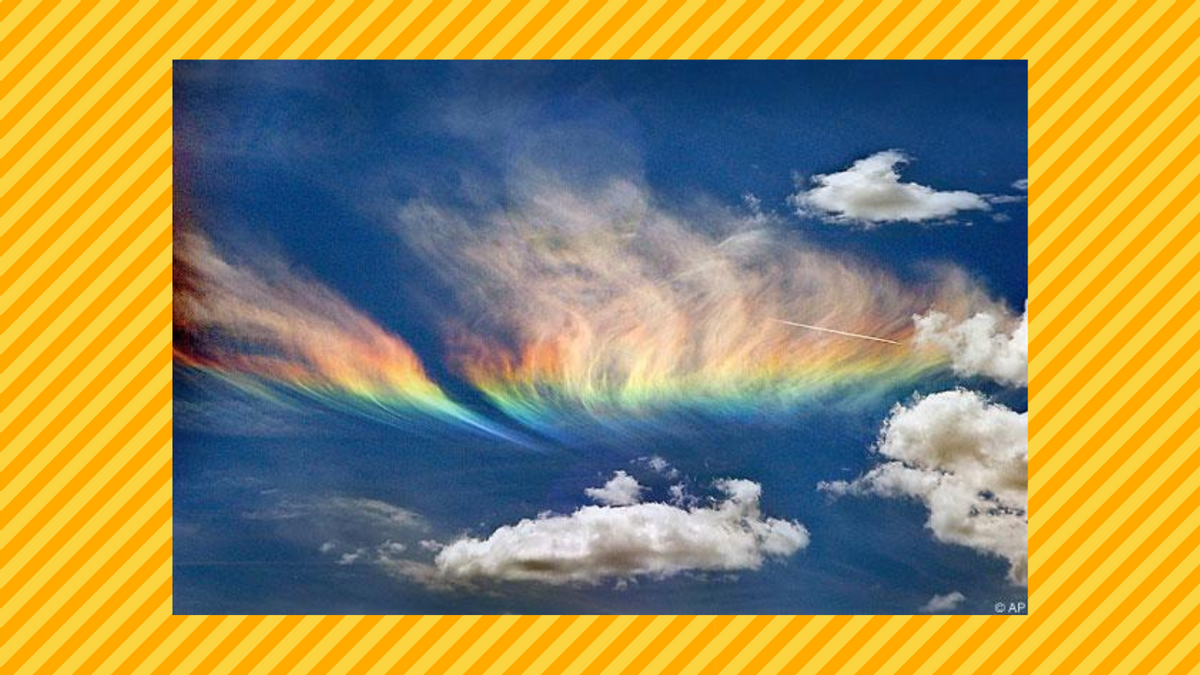 Claim:
A photograph shows a "fire rainbow" over Idaho.
Rating:

Yes, the above-displayed photo — which a Snopes reader sent us in 2006 — depicts a "fire rainbow," one of the rarest of all naturally occurring atmospheric phenomena.

For the phenomena to occur, clouds have to be cirrus, at least 20,000 feet in the air, with just the right amount of ice crystals. Also, the sun has to hit the clouds at precisely 58 degrees.

The image of a "fire rainbow," which is an atmospheric phenomenon known as a circumhorizontal arc, was captured on a camera as it hung for about an hour across a several-hundred-square-mile area of sky above northern Idaho, near the Washington border, on June 3, 2006.

In general, a circumhorizontal arc (or "fire rainbow") appears when the sun is high in the sky (i.e., higher than 58 degrees above the horizon), and its light passes through diaphanous, high-altitude cirrus clouds made up of hexagonal plate crystals. Sunlight entering the crystals' vertical side faces and leaving through their bottom faces is refracted (as through a prism) and separated into an array of visible colors. When the plate crystals in cirrus clouds are aligned optimally (i.e., with their faces parallel to the ground), the resulting display is a brilliant spectrum of colors reminiscent of a rainbow.