Did President Donald Trump Steal His 'Fire and Fury' Line from a Comic Book Villain?

Despite rumors to the contrary, Trump's comments about North Korea were not plagiarized from a Captain America comic book character. 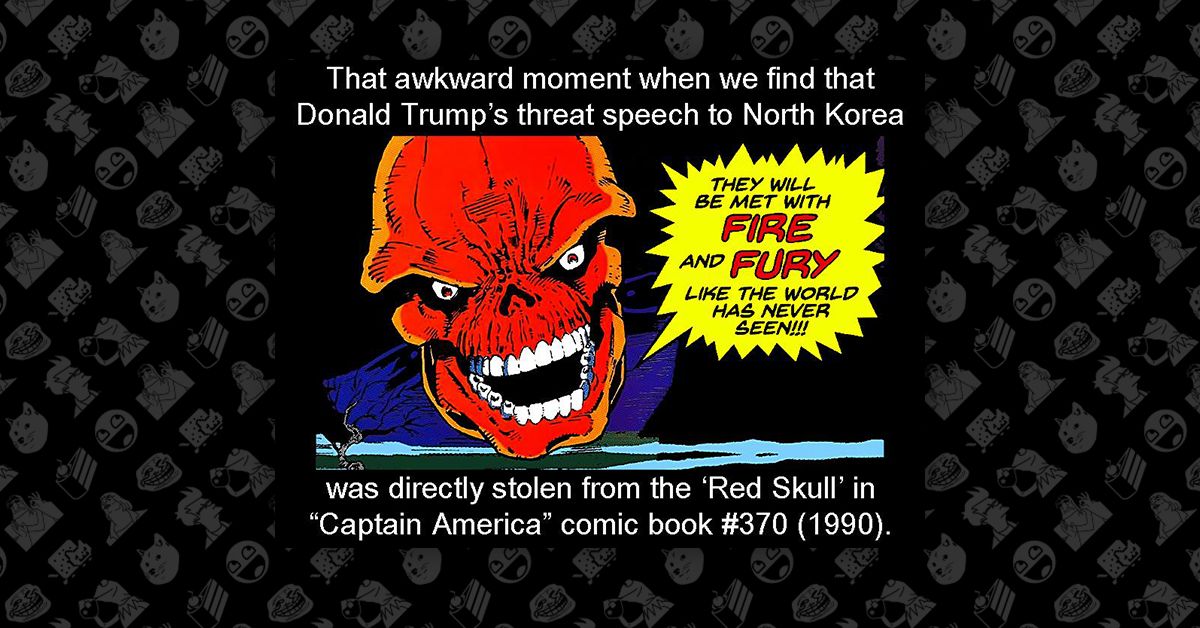 On 8 August 2017, President Trump issued a warning to North Korea, saying that they would be met with "fire and fury" if they made any more threats against the United States:

Shorty after Trump made these comments, an image purportedly showing the Captain America villain "Red Skull" using a nearly identical phrase was circulated on social media along with the claim that the President had stolen his threatening remarks from the comic book character: This image was created from the cover art of Captain America #370. However, the speech bubble was a modern creation that was added after Trump made his comment: The "fire and fury" image was created by D.M. Higgins, and it was originally posted to the @PresVillain Twitter account, a parody account that puts the President's words in the mouths of comic book villains. Although Higgins' work is occasionally shared as if it shows prognostication or plagiarism, the Twitter account posts reminders every so often that its images are digitally altered: