No, a Video Doesn't Show Finland Moving Tanks to the Russian Border 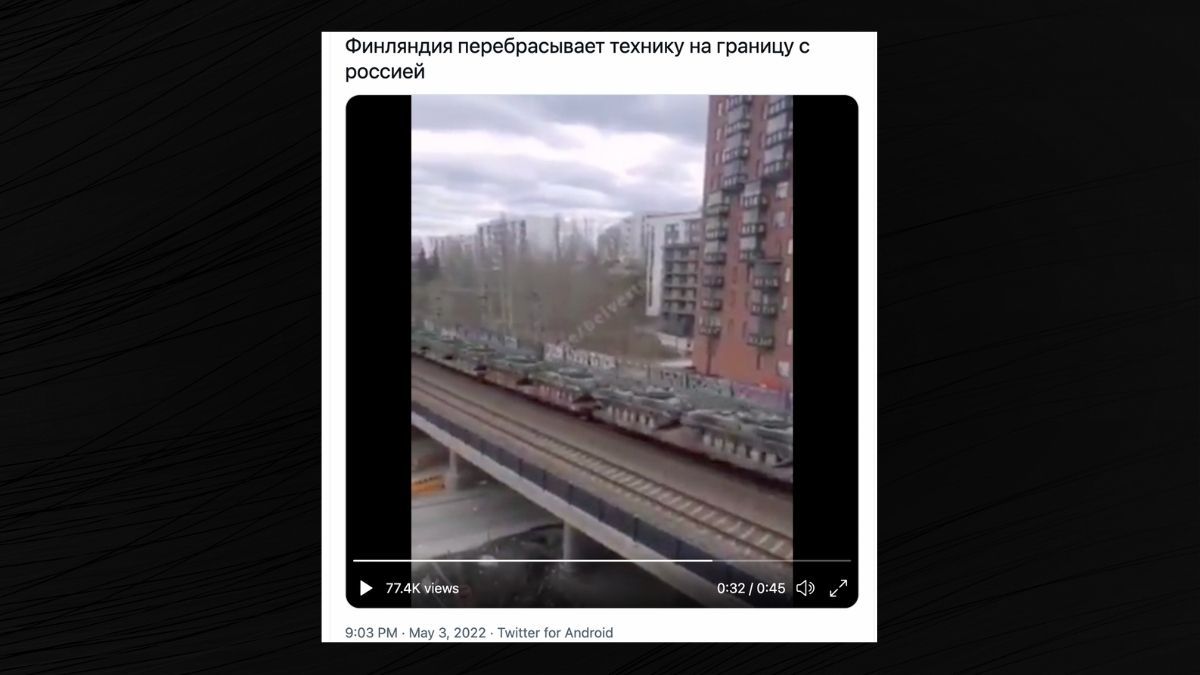 Claim:
A video posted on Twitter shows Finland moving a long line of tanks to the Russian border.
Rating:

A video that was posted to Twitter on May 3, 2022, purported to show Finland moving tanks to its border with Russia, and received tens of thousands of views. But it is misleading.

"Finland transfers equipment to the border with Russia," the caption on the video reads. It shows a long line of tanks being transported on a train.

The misleading tweet plays on geopolitical tension between Russia and Finland, the latter of which has been weighing NATO membership. Russia threatened to deploy part of its nuclear arsenal to the Baltic region, closer to Europe, if the Scandinavian country did join the U.S.-led military alliance -- brinksmanship that has characterized Russia's military activity in Europe since its February 2022 invasion of Ukraine.

In response to the video and its claims, the Finnish government released a statement saying that the video does show Finnish tanks being transported by train, but not to the Russian border.

The tanks were being moved for military exercises in Niinisalo and Säkylä, a village and city, respectively, that are in Finland's west. Finland's border with Russia is in the country's east.

According to the statement posted by the Finnish military, the exercise known as Arrow 22 is taking place in late April and early May 2022 and is an annual occurrence open to international participation, with this year's participating military forces hailing from the U.K., Latvia, the U.S., and Estonia. More than 3,000 Finnish soldiers took part.

Despite the fact that the video is misleading, a May 4, 2022, Wall Street Journal article described the exercise ominously as being "shadowed by growing fears that Russia’s war in Ukraine could spread to other parts of Europe."