Fidel Castro Said He 'Won't Die Until America is Destroyed'?

A fairly obvious joke attributing a prophetic quote to Fidel Castro after his death was mistaken for an authentic remark on social media. 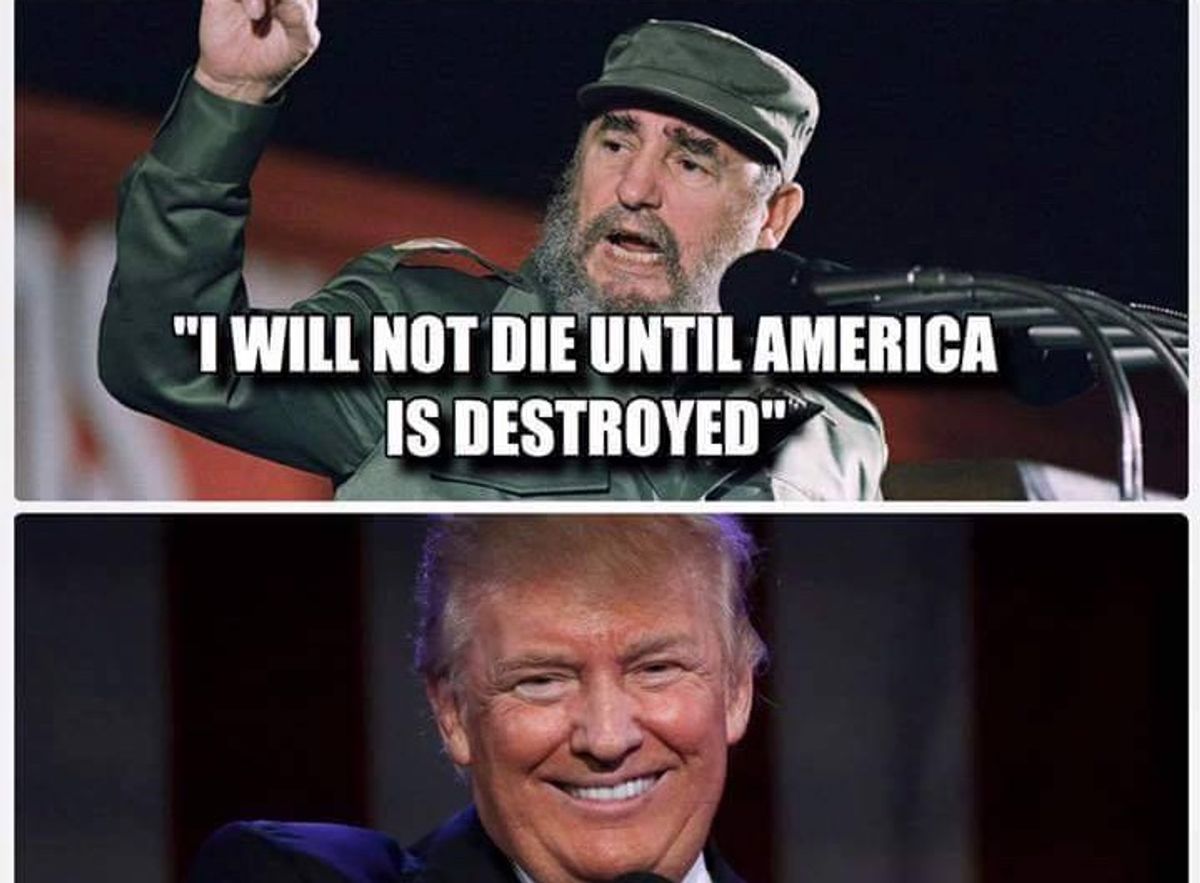 The death of Fidel Castro on 25 November 2016 was one of the year's many history-making events, occurring just weeks after Donald Trump's surprise presidential win on 8 November 2016.

Immediately after Castro died, a joke emerged that Castro had once quipped he would not die until "America was destroyed." Later versions of the  were typically accompanied by a photograph of a smiling or laughing Trump.

The joke was not the first that involving Castro. In 2015, U.S. President Barack Obama initiated the process of restoring diplomatic relations between the United States and Cuba; not long afterward, a meme suggested (in both English and Spanish) that the Cuban leader had once said that such an event would only come to pass when the U.S. had elected a black president and the Vatican had chosen an Argentinian to be the next Pope: The death of former Attorney General Janet Reno was incorporated into a variation of the same gallows humor. Reno passed away on 7 November 2016, one day before Trump won the Presidency. Immediately (and predictably), jokes appeared suggesting that Reno had once said Trump would never be president "in her lifetime," or "over her dead body." Like many attempts at humor of that nature, the joke moved swiftly; like the earlier Castro and Reno "quotes," we found no mention of the statement existing before their deaths.