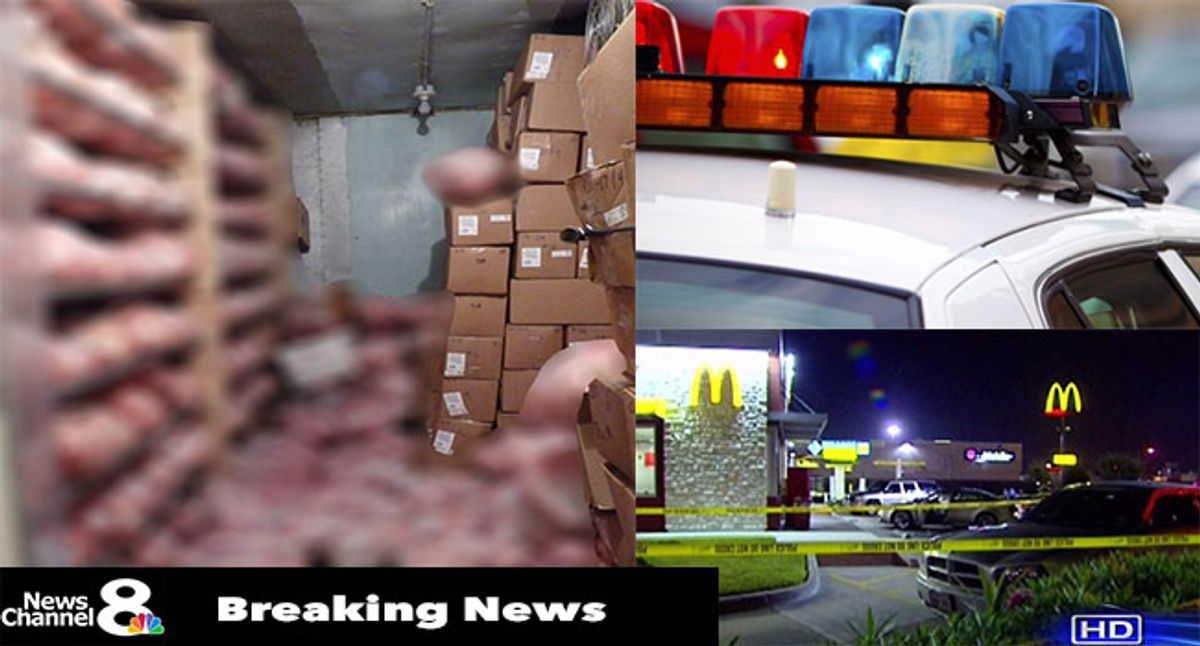 Claim:   Was an Alabama McDonald's restaurant found to be using aborted fetuses to make Chicken McNuggets?

This is a link to an article posted on Facebook. Is it true?

Origins:    On 17 July 2015 the web site Now8News published an article positing that an Alabama McDonald's had been closed down after health authorities discovered personnel there were using aborted human fetuses to make Chicken McNuggets:

A gruesome discovery has taken place in the basement of a Mobile, Alabama McDonald’s restaurant. Health inspectors found the restaurant was substituting “chicken” with aborted fetuses purchased from the local Planned Parenthood clinic. The Asian owned franchise was said to be producing their own nuggets rather than purchasing them from their ‘corporate approved’ supplier.

It all began when several customers issued complaints with the Alabama Department of Public Health stating that a foul smell was coming from the back of the restaurant. Other customers complained that the McNuggets tasted rather “gamey” and not like other nuggets from different franchise locations. There were a handful of other complaints concerning the sanitary conditions of the restaurant.

This report was just a fake news account spoofing a recent controversy over Planned Parenthood's sale of fetal tissue, however. Although Now8News is designed to look like a local television station news outlet, it's a fake news site that sprang up in mid-July 2015 (in imitation of the legitimate Las Vegas TV station KLAS' web site) and employs the now-standard camouflage trick of mixing fictional clickbait stories in with real news.

(Also on 17 July 2015, Now8News published the same fake news story about a man on a park bench being eaten by pigeons that the similarly fake news site NewsWatch28 had published a few weeks earlier.)