Photographs showing a man supposedly eating a dead baby served at a Taiwan restaurant originated with a piece of performance art. 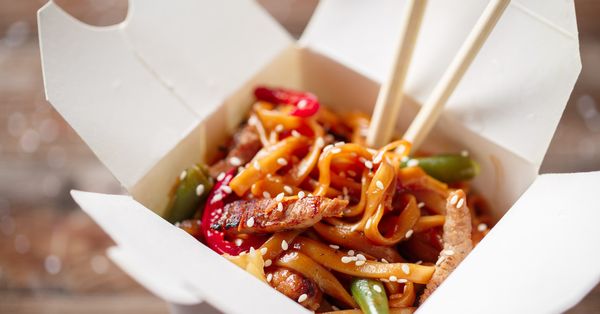 One of the downsides of the burgeoning Internet in the early 2000s was that it fostered the delirious spread of misinformation as revealed fact in the blink of an eye. That was the case in 2001, when widely-circulated photos which showed a large Asian man eating what appeared to be a cooked baby served at a restaurant were taken by many at face value. The pictures were later teamed with the breathless news that roast fetus was now the hottest dining craze in Taiwan, with outraged e-mails offering the offensive pictures as proof recipients could view for themselves:

Oh !! Oh !! How cruel can humans be???
Please finish your meal before open the files....
What u are going to witness here is a fact, don't get scared !" It's Taiwan's hottest food..." In Taiwan, dead babies or fetuses could be bought at $50 to $70 from hospitals to meet the high demand for grilled and barbecued babies ...
What a sad state of affairs!!
Please forward this msg to as many people as u can so it can be seen by the world and someone takes action on the same The photographs shown above were taken seriously by a number of law enforcement agencies who viewed them, and both Scotland Yard and the FBI investigated the matter, trying to determine when and where the pictures were taken and the identities of those appearing in them.

The origins of the images were quickly uncovered: The man in the photographs was not a restaurant patron enjoying a common Taiwanese dish, but Chinese performance artist Zhu Yu, who staged a conceptual shock piece called "Eating People" at a Shanghai arts festival in 2000.

Maintaining that "No religion forbids cannibalism, nor can I find any law which prevents us from eating people," Zhu Yu acted out a performance in which he appeared to eat a stillborn or aborted child and said that he "took advantage of the space between morality and the law and based my work on it." (Whether Yu actually obtained and ate a fetus for his performance or employed a prop such as a doll's head placed atop duck's carcass is still a subject of debate.)

The controversial photographs have since been part of a number of art exhibits and caused another stir in 2003 when they were aired on television in the UK as part of the Beijing Swings documentary:

Channel Four has screened a controversial television programme which showed photographs of a man eating a baby. The photographs had been doing the rounds on the internet for some time. but it was the first time they had been aired on terrestrial television in the UK.

Beijing Swings showed colour pictures of Chinese artist Zhu Yu washing a dead stillborn baby in a sink and putting its dismembered parts in his mouth.

Yu, 32, said he had no need to defend himself because "an artist does not give answers". But he conceded he was right "to be scolded" adding that it was his "responsibility" to spark debate about art and morality. He calls the piece "Eating People".

Whatever Yu may have intended or done in the course of his performance art, it is certainly not the case that dead babies are "Taiwan's hottest food."

We do note that (unverified) reports going back at least as far as the mid-1990s have maintained that aborted fetuses have been bought and consumed as folk medicine in some parts of China:

Aborted human foetuses intended for human consumption are being sold for as little as 1 pound in the Chinese city of Shenzhen, according to reports in Hong Kong yesterday.

The Eastern Express newspaper said journalists from its sister publication, Eastweek, had gone to Shenzhen, across the border from Hong Kong, to see if foetuses were being sold. Shenzhen hospitals carried out 7,000 terminations last year, including a number on Hong Kong women seeking cheap abortions.

At the state-run Shenzhen Health Centre for Women and Children, a female doctor was asked for a foetus. The next day, she handed the reporter a "fist-sized glass bottle stuffed with thumb-sized foetuses".

The doctor was quoted as saying: "There are 10 foetuses here, all aborted this morning. You can take them. We are a state hospital and don't charge. Normally we doctors take them home to eat - all free. Since you don't look well, you can take them."

Zou Qin, a doctor working at the Luo Hu Clinic in Shenzhen, said the foetuses were "nutritious" and claimed to have eaten 100 herself in the past six months.

She said the "best" were first-born males from young women. "We don't carry out abortions just to eat the foetuses," she said, but added that the foetuses would be "wasted if not eaten". The newspaper said the foetuses were eaten as a soup, together with pork and ginger.

A woman doctor, referred to only as Wang, from the Sin Hua Clinic, Shenzhen, was quoted as saying the foetuses were "even better than placentae" in nutritional value. "They can make your skin smoother, your body stronger and are good for kidneys," she said.

Dr Warren Lee, president of the Hong Kong Nutrition Association, said: "Eating foetuses is a traditional Chinese medicine deeply founded in folklore." However, he considered the alleged
properties of foetuses little more than old-wives' tales. Others said the practice was abhorrent.