Videos released by the Center for Medical Progress have focused attention on the sale of fetal tissue acquired from abortion clinics for medical research. 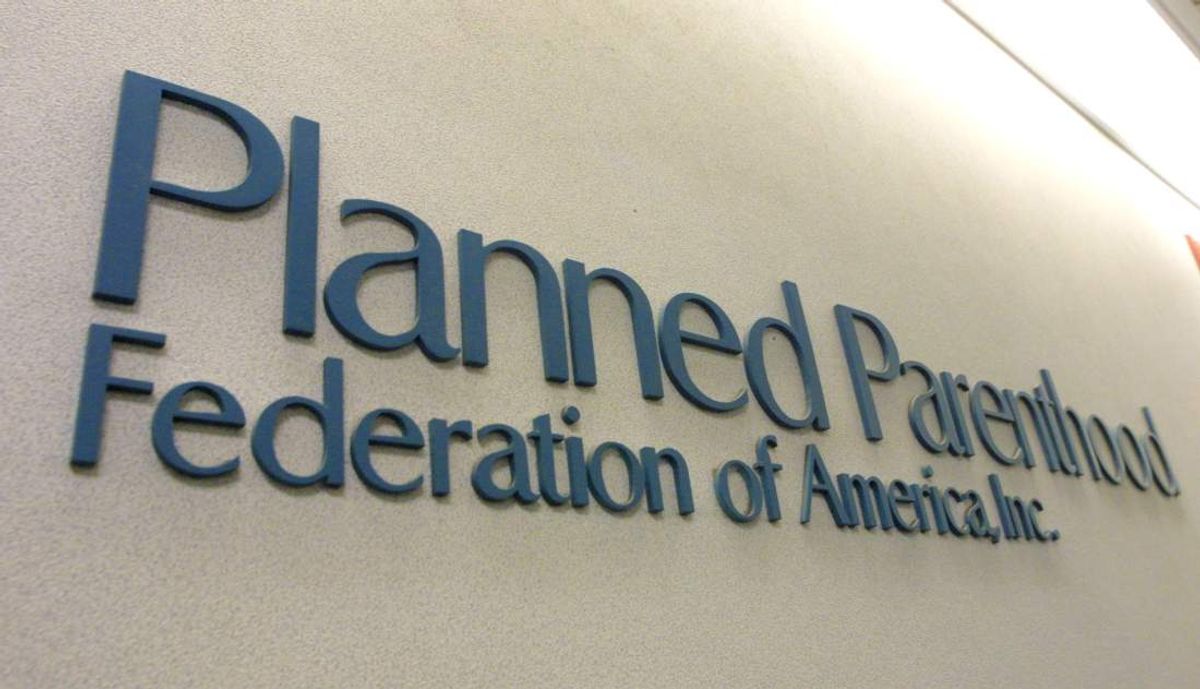 NEWS:   Videos recently released by the anti-abortion group Center for Medical Progress have focused attention on a medical practice previously unknown to much of the public: the sale of fetal tissue acquired from abortion clinics for medical research.

Videos recently released by the anti-abortion group Center for Medical Progress have focused attention on a medical practice previously unknown to much of the public: the sale of fetal tissue acquired from abortion clinics for medical research. The group, who secretly recorded the tapes of meetings with Planned Parenthood officials, has accused the organization of illegally selling fetal tissue for profit, a charge that Planned Parenthood denies.

Much of the controversy stems from a lack of widespread public knowledge of who buys and sells fetal tissue, what it is used for, and what the law allows regarding its purchase and sale. Scientists have been using such material in medical research for decades to study (and possibly develop cures for) a number of diseases and medical ailments, but commercial fetal tissue transactions take place in something of a legal gray zone: agencies may sell fetal tissue that has been "donated" for that purpose (through abortion), but they may not profit from it. According to federal law they may only charge for the processing and shipping involved in transferring the material from donor to purchaser, but the law doesn't regulate how much they may charge.

According to the New York Times:


The National Institutes of Health spent $76 million on research using fetal tissue in 2014 with grants to more than 50 universities, including Columbia, Harvard, the Massachusetts Institute of Technology, Stanford, Yale and the University of California in Berkeley, Irvine, Los Angeles, San Diego and San Francisco. It expects to spend the same amount in 2015 and 2016.

Researchers say fetal tissue is a uniquely rich source of the stem cells that give rise to tissues and organs, and that studying how they develop can provide clues about how to grow replacements for parts of the body that have failed

"Think of fetal tissue as a kind of instruction booklet," said Sheldon Miller, the scientific director of the intramural research program at the National Eye Institute.

"We couldn't get this information any other way," Dr. Miller said. He said the eye institute bought fetal tissue from a company, created specialized cultures of retinal tissue from it and sent them to other researchers.

Medical researchers may eventually be able to replace fetal stem cells with ones derived from adult tissue, but the technology to do so is not yet sufficiently developed. And tissue from animals is limited in usefulness due to significant developmental differences between humans and other species.

Fetal tissue may only be used or sold post-abortion with the consent of the woman undergoing the procedure. Although some researchers may obtain fetal tissue directly from abortion clinics at their own medical facilities, others have to purchase it from middlemen who pay fees to providers such as Planned Parenthood for specimens and then resell those specimens to researchers. Planned Parenthood maintains they charge only what the law allows (i.e., what they need to cover their expenses in such transactions), while the middlemen charge a markup to cover their processing costs. But regulation of these types of transactions is somewhat murky:


The fees, which can run to thousands of dollars for a tiny vial of cells, do not break the law, according to Arthur Caplan, the director of the division of medical ethics at NYU Langone Medical Center.

"It appears to be legal, no matter how much you charge," Dr. Caplan said, adding that there appears to be little or no oversight of the processing fees. "It's a very gray and musty area as to what you can charge."

However, these transactions often involve far more than simply conveying fetal tissue from one place to another — they can also require very expensive processing and shipping necessary to satisfy the requirements of end purchasers:


StemExpress uses procurement technicians to obtain fetal tissue. "We're collecting biohazardous waste, discarded waste," [founder Cate] Dyer said. "They go to a hospital or to a facility that does terminations and collect tissues from those waste products."

Back at the company, lab technicians process the tissue to try to isolate the specific cell type a researcher has ordered — for instance, fetal liver stem cells.

"These cells are hard to isolate," Ms. Dyer said. "These are hard processes, expensive processes that take millions of dollars of equipment. Just to attempt to do some of these isolations can cost us thousands of dollars, and it may not even work."

The effort is reflected in the pricing: a vial containing five million frozen fetal liver CD133+ stem cells can cost more than $24,000.

The final products are shipped fresh or frozen. Shipping fees are separate from specimen costs, and an overnight shipment to Germany, for example, can cost thousands of dollars, according to Ms. Dyer.

A StemExpress brochure publicized by the organization Center for Medical Progress includes an endorsement from a Planned Parenthood official, Dr. Dorothy Furgerson, who was quoted as saying: "Our partnership with StemExpress is beneficial in a number of ways." Planned Parenthood critics pointed out that the brochure included several references to the financial benefits for clinics of fetal tissue sales, such as a statement that a partnership with StemExpress "will also be contributing to the fiscal growth of your own clinic." The wording of this promotional material has been proffered as evidence that abortion clinics are illegally profiting from fetal tissue sales.

The public scrutiny of fetal tissue sales brought about by the Center for Medical Progress videos may bring additional oversight (or even legal changes) to the practice:


George J. Annas, a law professor and bioethicist at Boston University, said, “What's going on now is probably legal, but Congress won't like it."

Regarding the companies, Mr. Annas said: "They won't be real happy that this is all out in the public. This threatens their business. Even if what they're doing is legal, the law can easily be changed."