The likelihood of such a scenario is scientifically dubious and the law enforcement agency that made the claim has walked it back. 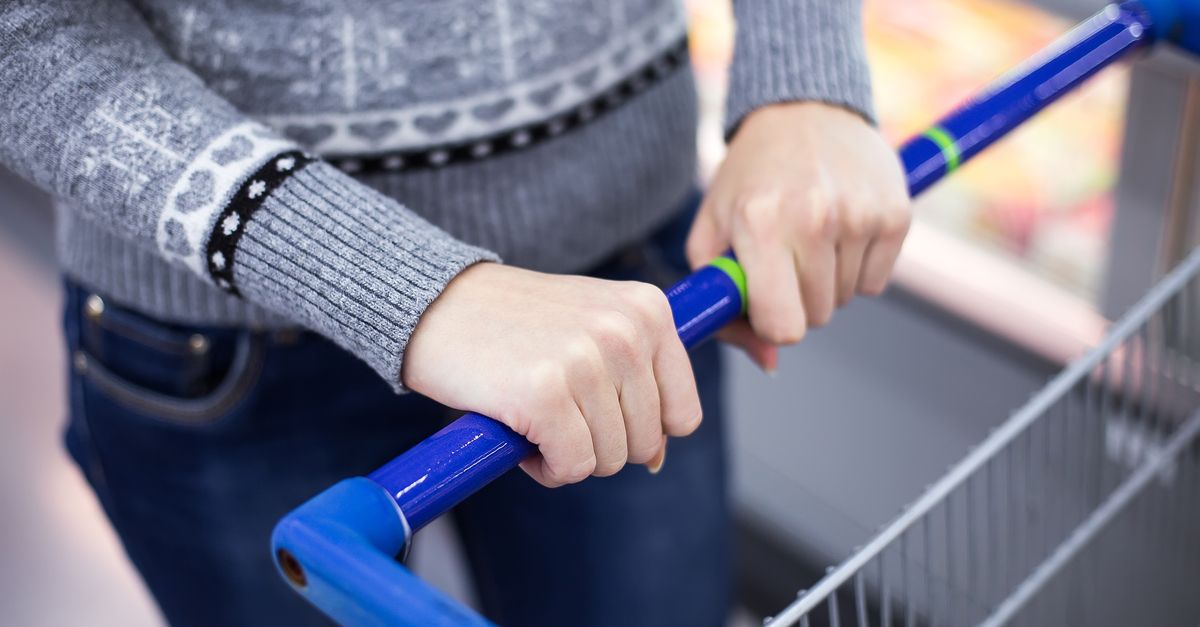 Claim:
Law enforcement agencies recommend that people wash the handle on shopping carts before using them to avoid potential exposure to fentanyl.
Rating:

As public health officials and politicians raise alarms over a growing opioid epidemic in the United States, concern over the potential for accidental contact with the extremely potent drug fentanyl have become a prominent fixture on the Internet. Illustrative of this point is a chain e-mail that has hit our inbox multiple times:

You know when you go to Wal-Mart and they have the wipes to clean your cart handle? Well, I use them and always thought of the germs only. I read today that the police chief also suggests you do it also because of the dangerous side effects of drugs nowadays.

If someone has Fentanyl still on their hands and they touch the cart you are touching, it can get into your system. Scary but worth taking the time to clean the handle.

All you'd have to do to get it into your system is rub your nose or a mother touch her child's mouth. I never even considered this happening but here in the tri-state area there have been officers exposed and even children exposed to the residue from the powder.

There are two aspects of this story to note. The first is that the original claim has its origins in a Facebook post by the Leachville Police Department in Arkansas which they have now removed and apologized for.

The second is that the ability for an overdose to occur through incidental skin contact is extremely unlikely. While it's true that fentanyl can legally be prescribed in the United States in the form of a transdermal patch, which regulates a controlled release of the drug into the system via the skin, such a system is specifically engineered to penetrate the top layer of the skin.

Much of the concern over accidental fentanyl contact, however, comes not from legally prescribed fentanyl, but black-market fentanyl in the form of a white powder. While the risk of overdose from this powder (which is potentially 80 times as potent as morphine and which can cause death in doses as low as 2 to 3 milligrams) via oral consumption is both acute and increasingly prevalent, experts have cast doubt on the reality of the risk of overdose from skin contact with this power or its residue.

A high-profile incident in May 2017, in which a police officer potentially came into contact with fentanyl residue while searching a suspected drug dealers car in Ohio brought those fears to the forefront, was reported by NBC News at the time in the following way:

Patrolman Chris Green of the East Liverpool Police Department had just finished searching the car of two suspected drug dealers and was back at the police station when another officer spotted some white powder on his shirt.

Without thinking, he brushed it off with his bare hand — and passed out about an hour later [...]. It took four doses of Narcan to revive him.

However, experts later questioned this account. Jeremy Samuel Faust, an emergency medicine physician at Brigham and Women's Hospital in Boston and a clinical instructor at Harvard Medical School, wrote in a piece for Slate that while it is possible that Green inhaled or accidentally ingested the powder, he found the account of its effects to be dubious, at best:

Neither fentanyl nor even its uber-potent cousin carfentanil (two of the most powerful opioids known to humanity) can cause clinically significant effects, let alone near-death experiences, from mere skin exposure. If Green’s story is true, it would be the first reported case of an overdose caused solely by unintentional skin contact with an opioid.

In that same piece, Faust cites Ed Boyer, a medical toxicologist at Harvard Medical School and Brigham and Women’s Hospital, who explains how crucial the differences between the powder and the patch form of the drug are:

Fentanyl, applied dry to the skin, will not be absorbed. There is a reason that the fentanyl patches took years [for pharmaceutical companies] to develop.

Further confusion on this issue can be attributed to a June 2017 document from the Drug Enforcement Administration briefing first responders on the risk of fentanyl. That document makes numerous references to the risk of overdose from skin contact with powdered fentanyl, and at the time of that document’s release, this was also the position of the Centers for Disease Control and Prevention and the National Institute for Occupational Safety and Health.

However, these organizations have since revised that stance due to lack of research on the topic, a position in agreement with a recent position statement by the American College of Medical Toxicology. As reported by Vice News:

Stephanie Stevens, a spokesperson for the CDC and NIOSH, said the change was made after the agency’s staff determined “there was not enough evidence to validate the statement that dermal exposure to fentanyl is deadly.” Stevens noted that there is “limited research” on the subject, and said the CDC is “actively looking to study and better understand” the health risks of skin exposure to fentanyl.

On [12 July 2017], the American College of Medical Toxicology issued a new position statement on the drug, stating that “incidental dermal absorption is unlikely to cause opioid toxicity.” It called the risk of first responders overdosing from touch alone “extremely low.”

It should also be noted that the DEA briefing document from which the Leachville Police Department's claim appears to have its origins also explicitly warns against using alcohol based sanitizers (which applies to shopping cart wipes) to remove fentanyl, for fear that this could make skin more susceptible to absorbing the drug:

Do NOT use hand sanitizer. Hand sanitizers may contain alcohol, a skin penetrant, which may increase the absorption of fentanyl through the skin.

Therefore, even if this document were based on the most recent science, the police departments interpretation of it would still be flawed. While accidental ingestion would in theory be a possibility, the scientific plausibility of overdose through skin contact alone has been called into question.

Because everything used to create this claim has later been walked back, we rank it as false.

Updated [10 November 2017]: Changed rating from UNPROVEN to FALSE after news reports that a Facebook post from the Leachville Police Department in Arkansas had been the source of the original claim. On 9 November 2017, the department removed the post and apologized. We have also added additional information about statements in the DEA manual that should have cast doubt on the original assertion by the Leachville Police Department.