Did FEMA Use Barges to Incarcerate People Fleeing a Volcano in Hawaii? 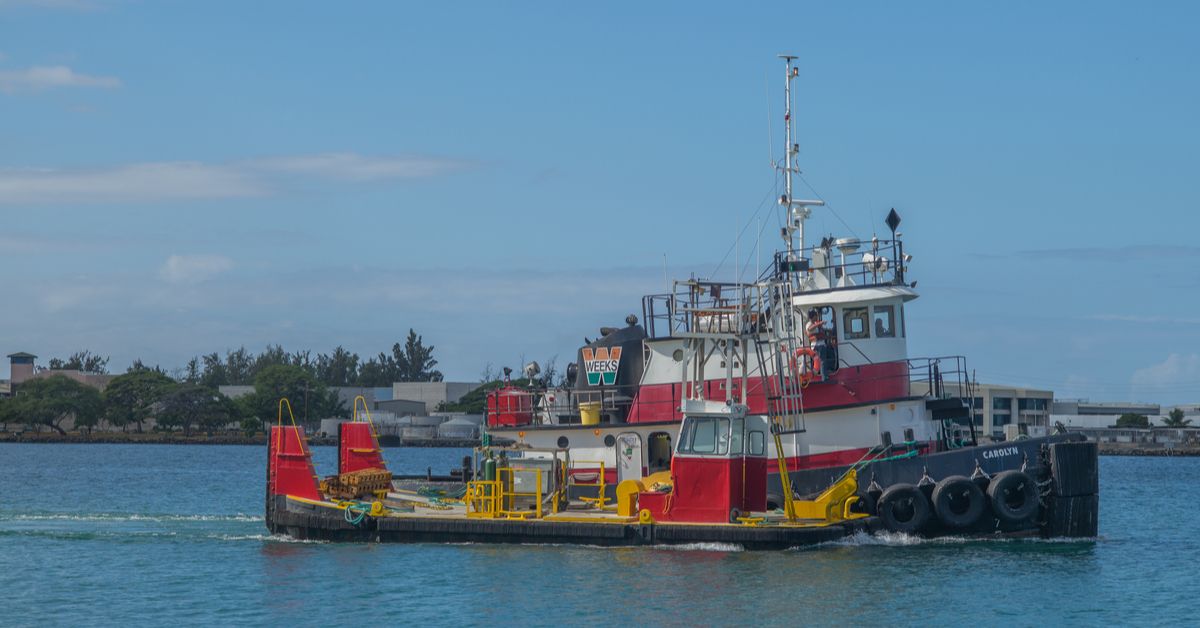 Claim:
In June 2018, FEMA deployed barges to Hawaii, to transport victims of the Kilauea volcano to an "internment camp."
Rating:

In June 2018, the latest installment appeared in a long-running, sprawling set of conspiracy theories about the FEMA, or Federal Emergency Management Agency, the United States government's disaster management organization.

Conspiracy theorists have constructed complicated and incoherent claims of a "deep state" plot by globalist federal authorities to build concentration camps for political undesirables (usually presented as conservatives or anti-globalists) by way of FEMA. This has given rise to fevered and baseless reports about "FEMA camps," disposable coffins, enforced vaccinations, and the related "Jade Helm" conspiracy theory.

In June 2018, adherents continued this tradition with groundless claims about "FEMA barges," alleging that the federal government was taking advantage of a volcanic eruption in Hawaii to incarcerate civilians in an "internment camp." On 7 June 2018, the web site SomeonesBones.com — which promotes the extraterrestrial Nibiru and Anunnaki conspiracy theories — wrote:

A flotilla of FEMA barges, each able to hold 2,000 people in cramped conditions, set sail from a secret staging area near San Diego and is currently en route to Hawaii, says a FEMA employee speaking under condition of anonymity. The vessels, he said, departed California on June 5 and, travelling at a speed of 20 knots, will arrive in Hawaii on the eleventh. Rather than berth at Port Allen or Hiwo Harbor, the ships will drop anchor ten miles offshore and use powerboats to ferry displaced persons to one of three FEMA housing ships.

But FEMA is on no mission of mercy; anyone escorted onto a FEMA barge will be incarcerated and transported to a mainland FEMA internment camp in Region IX. There, they will be held captive by a controversial agency with a long history of imprisoning people against their will.

To illustrate this false report, SomeonesBones.com used three images taken out of their proper context. The first does in fact show a FEMA barge, but the photograph was taken in 2017 and shows a vessel deployed by FEMA to provide temporary accommodation to victims of Hurricane Harvey in Texas. The original photograph can be seen in news reports at that time.

The second image is actually a photograph of the Vernon C. Bain Correctional Center, a prison barge used by the New York City Department of Corrections, which is anchored near the Bronx. The original photograph can be found here. The third image used out of context was actually taken in 2013, not June 2018. It shows a barge docked at Treasure Island in San Francisco. You can see the original photograph here.

Beyond the fact that SomeonesBones.com has a history of publishing wildly untrue conspiracy theories and misleadingly used unrelated photographs in the context of its story, we could find no corroboration whatsoever for the claim that FEMA plans to even send barges to temporarily house victims of the Kilauea volcanic eruption.

The claim that FEMA plans to use the barges as transport to an "internment camp" is no more than the latest in a long line of groundless conspiracy theories about the agency.