In January 2020, members of the public reported receiving suspect SMS messages from scammers pretending to represent the delivery company. 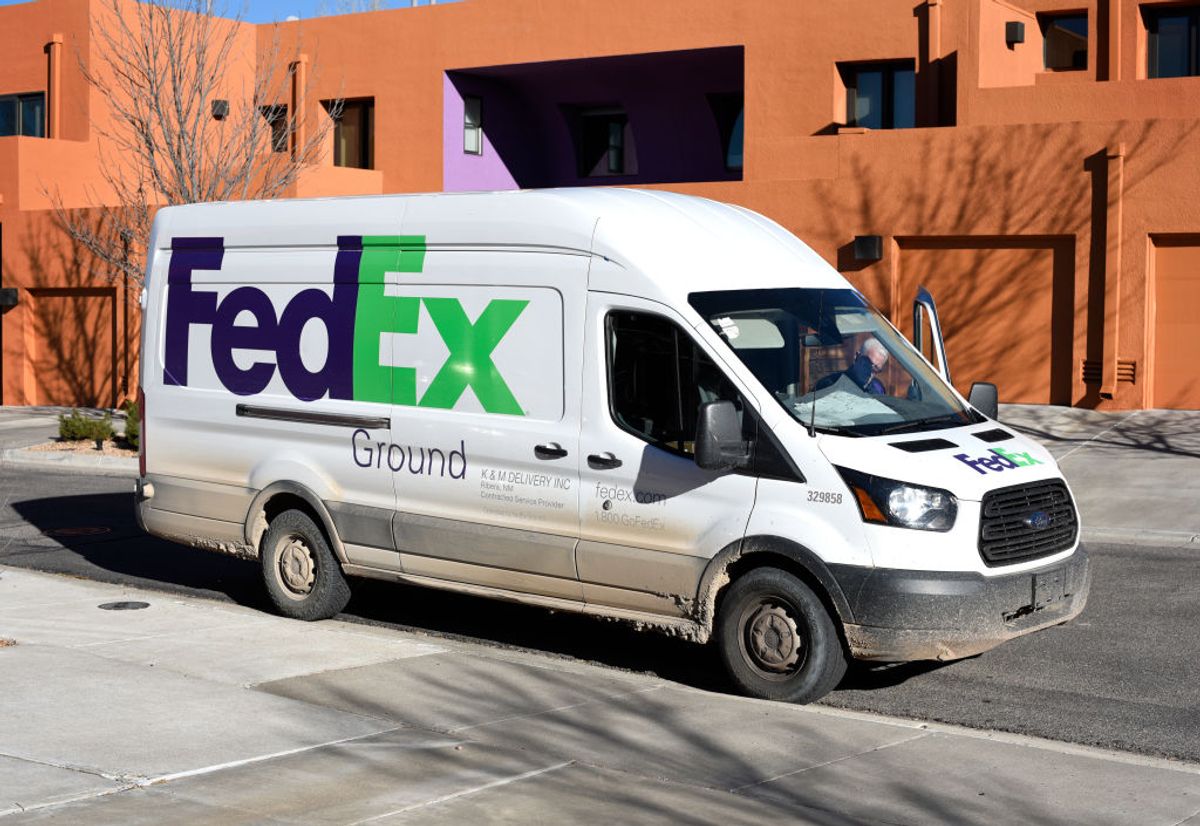 For example, on Jan. 23, CNN published an article with the headline "A New Text Message Scam is Disguising Itself as a FedEx Notification," which reported as follows:

"It's an exhilarating feeling we can all relate to — FedEx notifying you that your package has been delivered. But before you mindlessly click on that text message that looks like it's from FedEx, take a second look because it could be a scam. Some people around the country are receiving text messages that show a supposed tracking code and link to 'set delivery preferences.'

"The text is deceiving as it uses the recipient's real name. The link directs people to a fake Amazon listing and then asks them to take a customer satisfaction survey, according to HowToGeek.com. After answering a couple questions, the scam then asks for personal information and a credit card number to claim a free gift."

The formula of words used in the text message, in particular the key phrase "waiting for your to set delivery preferences," was corroborated and confirmed in multiple examples posted by social media users, as well as at least one law enforcement agency, Duxbury Police Department in Massachusetts:

The scam's methodology was outlined on the website HowToGeek.com, which explained as follows:

After you click on the link [in the text message], you’re taken to an obviously-fake Amazon listing and asked to take a customer satisfaction survey. As a thank you for answering some questions, you’re given the opportunity to claim an “expensive” product for free as a reward.

Now it’s time to tell the spammer where you live and provide them with a credit card number. As you can see, the “reward” is free but you still need to pay a small shipping and handling fee.

The real scam resides in the fine print. By agreeing to pay the small shipping fee, you’re also signing up for a 14-day trial to the company that sells the scammy products. After the trial period, you will be billed $98.95 every month and sent a new supply of whatever item you claimed as a reward.

In response to widespread concerns over the prevalence of the scam in January 2020, FedEx itself advised the public on Twitter that "We do not send unsolicited texts or emails requesting money package or personal information," and "Suspicious messages should be deleted without being opened and reported to abuse@fedex.com."

Some social media users linked the FedEx scam to sex trafficking, claiming that it was ultimately designed as "a way for sex traffickers to track you down." Snopes has found no evidence whatsoever that the FedEx text message scam has any connection to sex trafficking, rather than simply being a way to fraudulently obtain payments from unsuspecting recipients.

The purported connection to sex trafficking appears to be mere speculation based on no more than the fact that the scam involves the acquisition of a victim's mailing address.