A Democrat apparently won the special House election in southwestern Pennsylvania, with no judicial action nullifying the results. 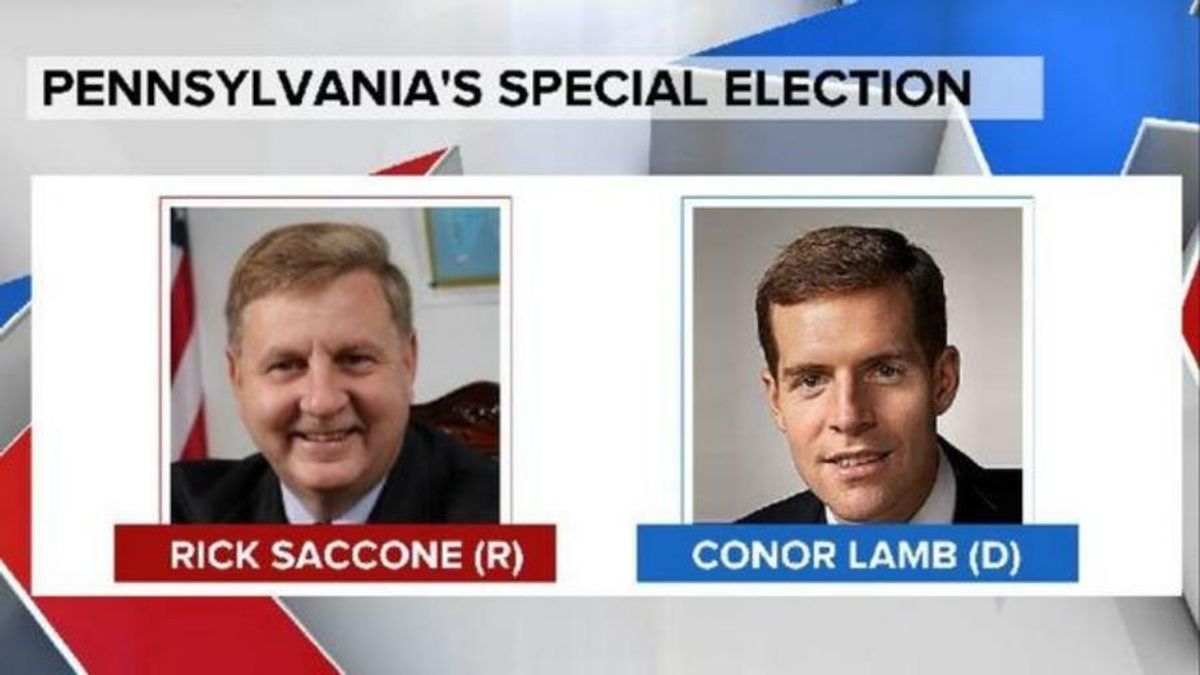 Claim:
A federal judge threw out the election results in a Pennsylvania special congressional election due to voter fraud.
Rating:

At the end of the day on 13 March 2018, Democratic candidate Conor Lamb apparently scored a narrow but shocking upset win in a special House election in southwestern Pennsylvania, holding a 620-vote lead over Republican candidate Rick Saccone in an area that went heavily for Donald Trump in the 2016 presidential election.

The following day, the web site Daily World Update published an article reporting that a federal judge had nullified the election results because the number of cast ballots in that Pennsylvania congressional district greatly exceeded the number of registered voters there:

Judge Marshawn Little has thrown out the results of the Pennsylvania special election, calling them “tainted beyond reproach.” According to the Pennsylvania Secretary of State, 22K more people voted than were registered.

The 45th Federal Appeals Court of Westmoreland County found that 22K possible cases of fraud were more than enough to call for a new, ID required special election. A new date will be announced when the logistics have been sorted out.

There was no truth to this report, which originated with Daily World Update, a site that is part of a network of fake news sites dedicated to inflammatory clickbaiting and political trolling under the guise of producing "satire."