Did the FBI Once Deem 'It's a Wonderful Life' Communist Propaganda?

Another fascinating chapter in the history of an American holiday classic. 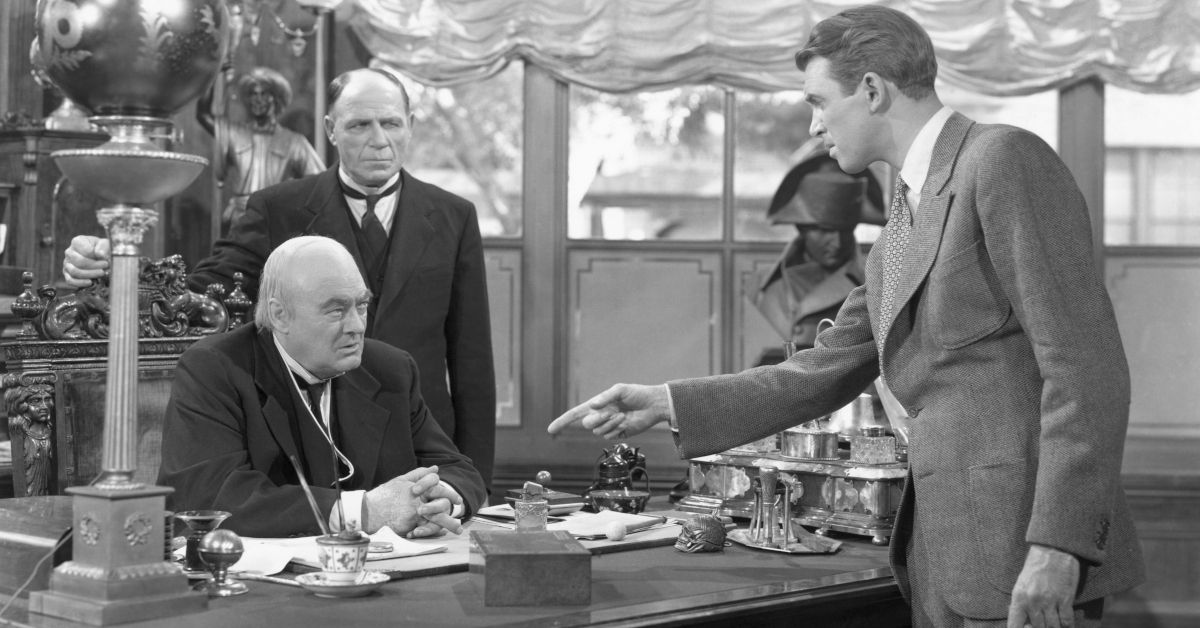 James Stewart, as George Bailey, points at Lionel Barrymore in a scene from It's a Wonderful Life. (Image Via Bettmann / Contributor)

Claim:
In the 1940s, the FBI deemed the film "It's a Wonderful Life" to be communist propaganda.
Rating:

As part of a sweeping investigation of "communist infiltration into the motion picture industry," FBI agents in the 1940s included "It's a Wonderful Life" in a list of "motion pictures disclosing communist propaganda therein," claiming two of its writers were friendly with "known communists," and saying the film used "communist tricks" such as portraying the businessman Mr. Potter as a villain. However...

The FBI did not, in a formal or official manner, declare or designate "It's a Wonderful Life" to be communist propaganda.

During the 2021 holiday season, internet users enthusiastically shared articles and posts that described a fascinating episode from the history of a classic American Christmas movie, "It's a Wonderful Life."

On Dec. 21, for example, the London Independent reported that: "'It's a Wonderful Life' was once considered communist propaganda by the FBI," while various outlets shared their own accounts of the story.

Those accounts were broadly accurate, and based on high-quality primary documentary evidence. Although the FBI did not ever formally, as an institution, declare "It's a Wonderful Life" to be communist propaganda, FBI agents and informants investigated the movie, and the people behind it, as such.

As part of a sweeping investigation ordered by bureau director J. Edgar Hoover, a special agent in 1949 included the film in a list of "motion pictures disclosing communist propaganda therein." We are issuing a rating of "Mostly True."

That description of the movie, which was released in December 1946, can be found in an archived and redacted copy of the FBI report on "Communist infiltration into the motion picture industry, available here. Specifically, it can be found on Page 12 in the ninth of 15 dossiers released under the Freedom of Information Act at some point in the ensuing decades.

The sender of this 1949 update to the report is listed as one "H.B. Fletcher," but it's not clear who specifically wrote the "It's a Wonderful Life" entry: Although the FBI does not appear to have ever "officially" declared or designated the film as communist propaganda, it's quite clear those agents involved in the investigation of Hollywood (codenamed "COMPIC") were far from agnostic on the socialist, even Soviet inspiration behind the Christmas classic. Indeed, Hoover instructed Richard Hood, special agent in charge at the Los Angeles field office, to limit his team's criticism and reviews to films "which are obviously communist propaganda in nature."

The entry on "It's a Wonderful Life" appears in the fourth section of the report ("Communist Influence in Motion Pictures"), under a sub-section entitled "Analysis of Motion Pictures Disclosing Communist Propaganda Therein."

According to the author(s) of the briefing, Frank Capra's movie is noteworthy because: the two credited screenwriters, husband-and-wife team Frances Goodrich and Albert Hackett, were supposedly close associates of known communists; the film negatively portrays the villainous local businessman Mr. Potter, which is "a common trick used by communists"; and the storyline appears to have been borrowed from a putative earlier Russian film entitled "The Letter."

The first two sections of the briefing can be read in full below:

According to the Informants [redacted] and [redacted] in this picture the screen credits again fail to reflect the Communist support given to the screen writers. According to [redacted] the writers Frances Goodrick and Albert Hackett were very close to known Communists and on one occasion in the recent past while these two writers were doing a picture for Metro-Goldwyn-Mayer, Goodrick and Hackett practically lived with known Communists and were observed eating luncheon daily with such Communists as Lester Cole, screen writer, and Earl Robinson, screen writer. Both of these individuals are identified in Section I of this memorandum as Communists.

With regard to the picture “It’s A Wonderful Life”, [redacted] stated in substance that the film represented a rather obvious attempt to discredit bankers by casting Lionel Barrymore as a “scrooge-type” so that he would be the most hated man in the picture. This, according to these sources, is a common trick used by Communists.

In addition, [redacted] stated that, in his opinion, this picture deliberately maligned the upper class, attempting to show the people who had money were mean and despicable characters. [Redacted] related that if he had made this picture portraying the banker, he would have shown this individual to have been following the rules as laid down by the State Bank Examiners in connection with making loans.

Further, [redacted] stated that the scene wouldn't have “suffered at all” in portraying the banker as a man who was protecting funds put in his care by private individuals and adhering to the rules governing the loan of that money rather than portraying the part as it was shown. In summary, [redacted] stated that it was not necessary to make the banker such a mean character and “I would never have done it that way”.