Is the FBI Investigating After Trump Fans Surrounded Biden Bus in Texas?

Videos of the incident in Texas went viral during the last weekend before Election Day. 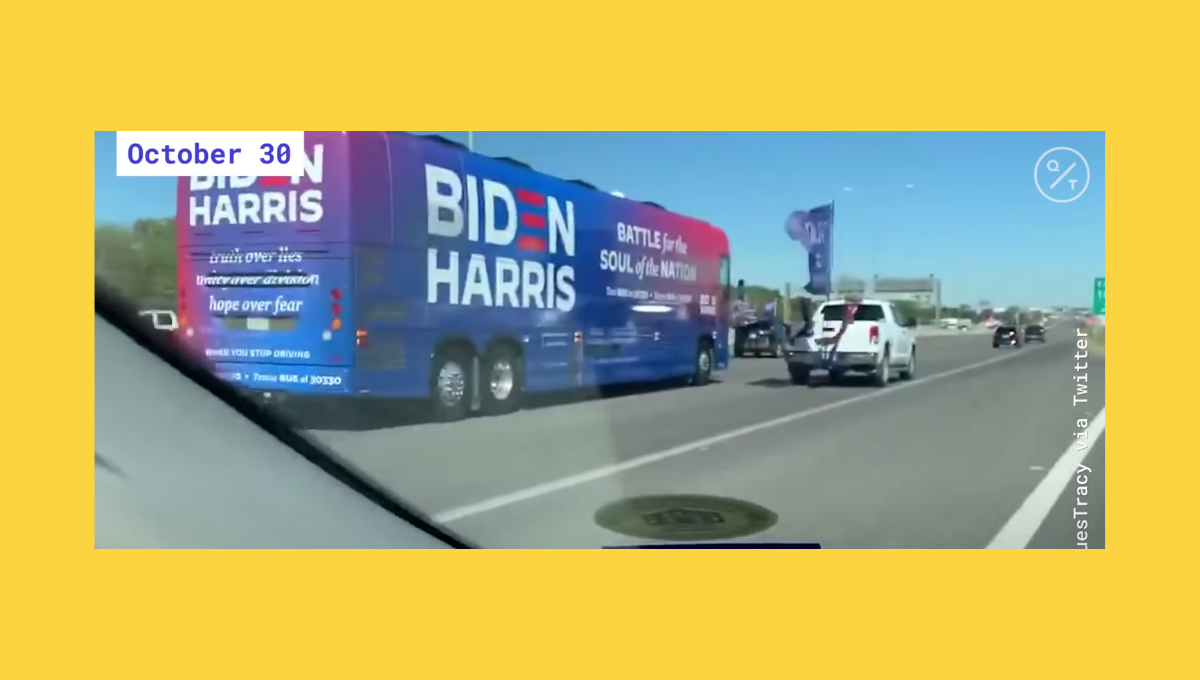 Claim:
The FBI is investigating an incident in which Trump supporters in pickup trucks surrounded a Biden-Harris campaign bus on a highway in Texas on Oct. 30, 2020.
Rating:

In early November 2020, Snopes readers asked for verification of news reports that the FBI was investigating an incident in Texas in which supporters of U.S. President Donald Trump in pickup trucks surrounded a campaign bus for Trump's presidential opponent, Democratic candidate Joe Biden, while it was traveling on Interstate 35 through Hays County.

The FBI's San Antonio office confirmed to multiple news media outlets, including Snopes, that it did open an investigation into the incident. Special Agent Michelle Lee told Snopes in an email that the FBI has no further comment or updates, as of this writing.

The Biden campaign said Trump's followers were trying to run the bus off the road. The incident resulted in a minor collision between a truck driven by a Trump supporter and a white SUV that appeared to accompany the campaign bus. After Biden staffers called 911, local police responded and escorted the bus to its destination, according to the Texas Tribune.

The incident prompted the Biden campaign to cancel an event in Austin, Texas, citing safety concerns and accusing Trump's supporters of putting "our staff, surrogates, supporters, and others in harm’s way."

Trump responded by tweeting a video of the incident and writing, "I LOVE TEXAS!"