Did an FBI Report Conclude That None of the Allegations Against Brett Kavanaugh Was True?

A viral Facebook post significantly misrepresented what the FBI said about sexual assault and misconduct allegations against the Supreme Court justice. 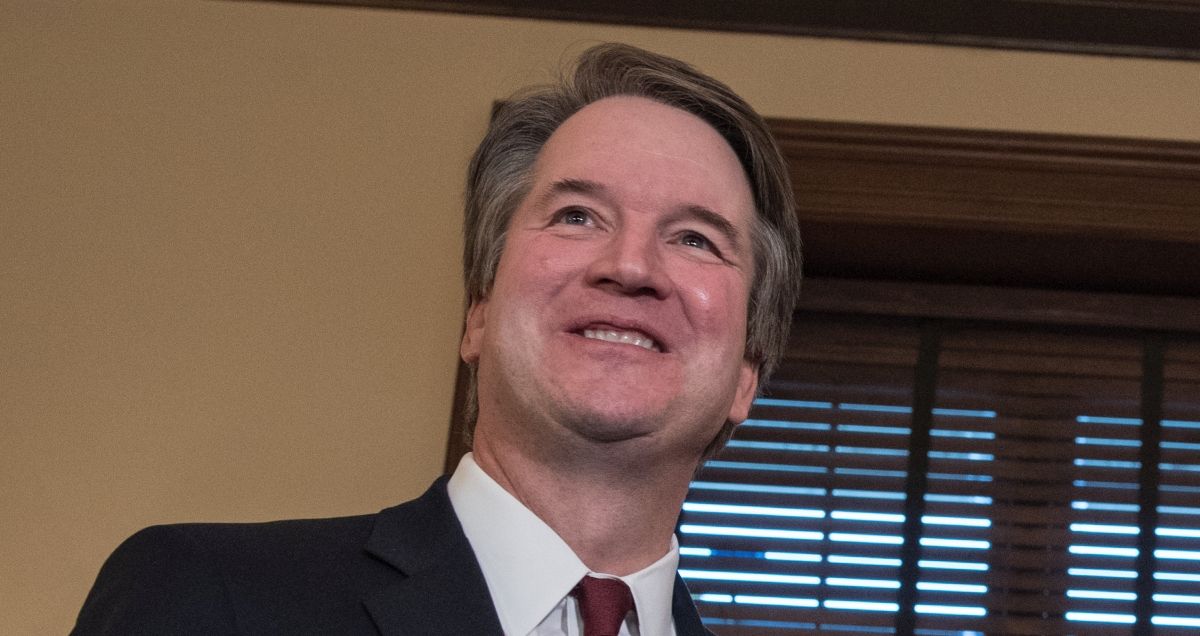 Claim:
A report issued by the FBI concluded that none of the sexual assault allegations against Supreme Court nominee Brett Kavanaugh was true.
Rating:

According to a Senate Judiciary Committee synopsis, the FBI's October 2018 investigation into sexual assault allegations against Brett Kavanaugh did not find any evidence to corroborate or substantiate those claims.

The FBI did not report that all (or any) of the allegations against Kavanaugh were conclusively determined to be false.

In November 2018, a viral Facebook post claimed that a report produced by the Federal Bureau of Investigation (FBI) had concluded the claims of sexual assault and impropriety made against Supreme Court nominee Brett Kavanaugh were all false.

In the summer and autumn of 2018, three women came forward to accuse Kavanaugh of alcohol-fueled sexual misconduct while he was a high school and college student, allegations which Kavanaugh denied and which dominated the political news cycle for weeks, threatening to derail the confirmation of President Donald Trump's nominee.

The FBI played an important role throughout the episode. When Kavanaugh's primary accuser, psychology professor Dr. Christine Blasey Ford, publicly accused him of sexually assaulting her at a high school party in Maryland in the early 1980s, the White House faced mounting calls to have the FBI to conduct an investigation into the issue

In late September, after dramatic Senate Judiciary Committee hearings which featured both Blasey Ford and Kavanaugh, the committee voted to approve Kavanaugh's nomination be put to a full Senate vote, but only on condition that the FBI specifically investigate the most recent allegations against him (that agency's already having conducted the standard background check which they perform for any presidential nominee).

In the end, the FBI undertook an investigation, and the U.S. Senate confirmed Kavanaugh's nomination, and he was sworn in as a Supreme Court justice on 6 October.

Against that background, a widely-shared 4 November Facebook post by Thomas Smith claimed that a subsequent report by the FBI had concluded that "none of the Kavanaugh accusations were true":

In reality, the FBI had not said that, and the claim made in the Facebook post was misleading. On 4 October, the Senate Judiciary Committee published a press release announcing that the FBI had completed the additional week-long investigation requested as part of the committee's earlier vote to approve Kavanaugh's nomination to the Senate and stated:

In the course of its investigation, the FBI decided to reach out to eleven people, ten of whom agreed to be interviewed. The FBI reached out to all witnesses with potential firsthand knowledge of the allegations. The FBI provided to the Senate 12 detailed FD-302 reports summarizing their interviews with the witnesses as well as supporting materials cited by the witnesses during their interviews ... The Supplemental Background Investigation confirms what the Senate Judiciary Committee concluded after its investigation: there is no corroboration of the allegations made by Dr. Ford or Ms. Ramirez.

The FBI investigation did not conclude that "none of the Kavanaugh accusations were true." According to the Judiciary Committee's synopsis, it concluded that the FBI was unable within the given timeframe to corroborate the allegations made by Blasey Ford (or by Deborah Ramirez, who also accused Kavanaugh of having exposed himself to her during a party at Yale).

The FBI's conclusion allowed that the allegations against Kavanaugh might indeed have all been false, but it did not rule out the possibility that one or more of them might have been true. It is a crucial distinction that the Facebook post completely overlooked.

On 2 November, Senate Judiciary Committee chairman Chuck Grassley published a detailed, 400-page update on the committee's investigation into the sexual assault and misconduct allegations against Kavanaugh, an investigation which has expanded to examine the possibility of "violations of Senate rules, potential witness tampering, and potential false statements made to the Committee in violation of federal law."

The Judiciary Committee has conducted many interviews with relevant individuals and examined a large quantity of evidence from various sources, including all of the FBI's previous background checks on Kavanaugh, as well as its supplementary October 2018 investigation, and their conclusion was as follows:

After an extensive investigation that included the thorough review of all potentially credible evidence submitted and interviews of more than 40 individuals with information relating to the allegations, including classmates and friends of all those involved, Committee investigators found no witness who could provide any verifiable evidence to support any of the allegations brought against Justice Kavanaugh. In other words, following the separate and extensive investigations by both the Committee and the FBI, there was no evidence to substantiate any of the claims of sexual assault made against Justice Kavanaugh.

The Judiciary Committee, based on evidence which included the FBI's investigations, did not conclude that the allegations against Kavanaugh were false. Rather, they said that they had not turned up any evidence that would support or confirm those allegations.