Did the FBI Raid the CDC for Data on Vaccines and Autism?

A known hoax purveyor spread false claims that the FBI "raided" the CDC in the middle of the night for data on vaccines and autism on the order of President Trump. 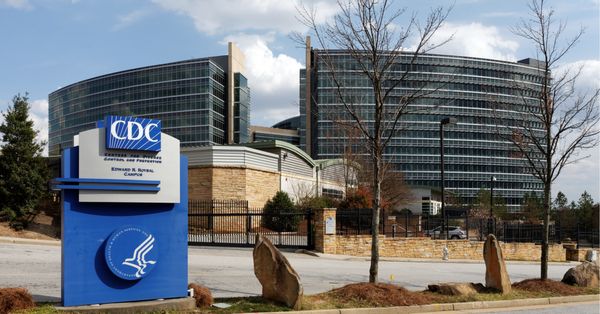 Claim:
The FBI raided the CDC in the middle of the night to seize data on a link between vaccines and autism.
Rating:

On 23 January 2017 a blogger (going by the name Dr. William Mount) published an article claiming that the Federal Bureau of Investigation (FBI) had conducted a middle-of-the-night raid on the headquarters of the Centers for Disease Control (CDC) in search of data proving a link between vaccines and autism:

This morning President Trump ordered the CDC Headquarters in Atlanta to be raided at 3:00 Am Their Time.

Although Unconfirmed the CDC did tell me on the phone a few minutes ago: "We Are Not Allowed To Comment On That.Please Email me and we will give you a statement about it. "

Long before the Employees began showing up to work the FBI was busting down doors and seizing computers.

Accompanying these FBI Agents was Dr William Thompson — who is a CDC Whistle Blower.

The raid was ordered by the President and was led by Sally Yates - Acting Attorney General and part of the King and Spalding Law Group, which was also working with President Trump’s huge law firm: “Jones Day.”

All of the records for the Vaccines - what is in them, what they have done to people across the globe - it is all being seized as you read this.

As soon as President Obama took office he granted both the CDC and Monsanto protection in their massive use of GMO Foods and Vaccines to kill people world wide. That protection is now gone. The employees involved in murder and disabling people world wide have two choices: Become a whistle blower or face 20 years to life in prison.

So what is in Vaccines that make them so deadly???

Of the 202 children we have worked with 2 were autistic due to Vaccines given to the Mothers while she was in the military. The other 200 became autistic the day they were vaccinated and all have Indigo Aura ... Those with Chrystaline Aura’s were killed outright. This author has a Chrystaline Aura.

The blog post was peppered with extremely questionable assertions, and it didn't take long to trace it back to an even less reliable source:

A stunning Foreign Intelligence Service (SVR) report circulating in the Kremlin today states that just hours after President Donald Trump and Federal Bureau of Investigation (FBI) Director James Comey “warmly embraced” in the White House yesterday, FBI agents conducted a massive early morning raid on the headquarters of the Centers for Disease Control and Prevention (CDC) based in Atlanta, Georgia, accompanied by Doctor-Scientist William Thompson — who is one of the most feared government whistleblowers in the United States for his exposing the vaccine-to-autism link cover-up.

The "unconfirmed report" referenced by social media users and conspiracy-oriented blogs originated with (and as initially reported by no source other than) the fake news site WhatDoesItMean.com, described by RationalWiki as follows:

WhatDoesItMean.com's conspiracies seem to have a longer shelf life than most fake news since they're often based on actual events or tragedies and layered with embellishments picked to fit existing rumors. Moreover, the CDC raid claim was popularized via a personal blog attributed to a doctor and not the known fake news site on which it first appeared, ensuring its likely continued spread decoupled from its dubious origins. The item in question utilized old video related to a CDC vaccine conspiracy theory.