A photograph shows a sign supporting Donald Trump in front of a house owned by Comey, but it's unclear whether he placed it there himself. 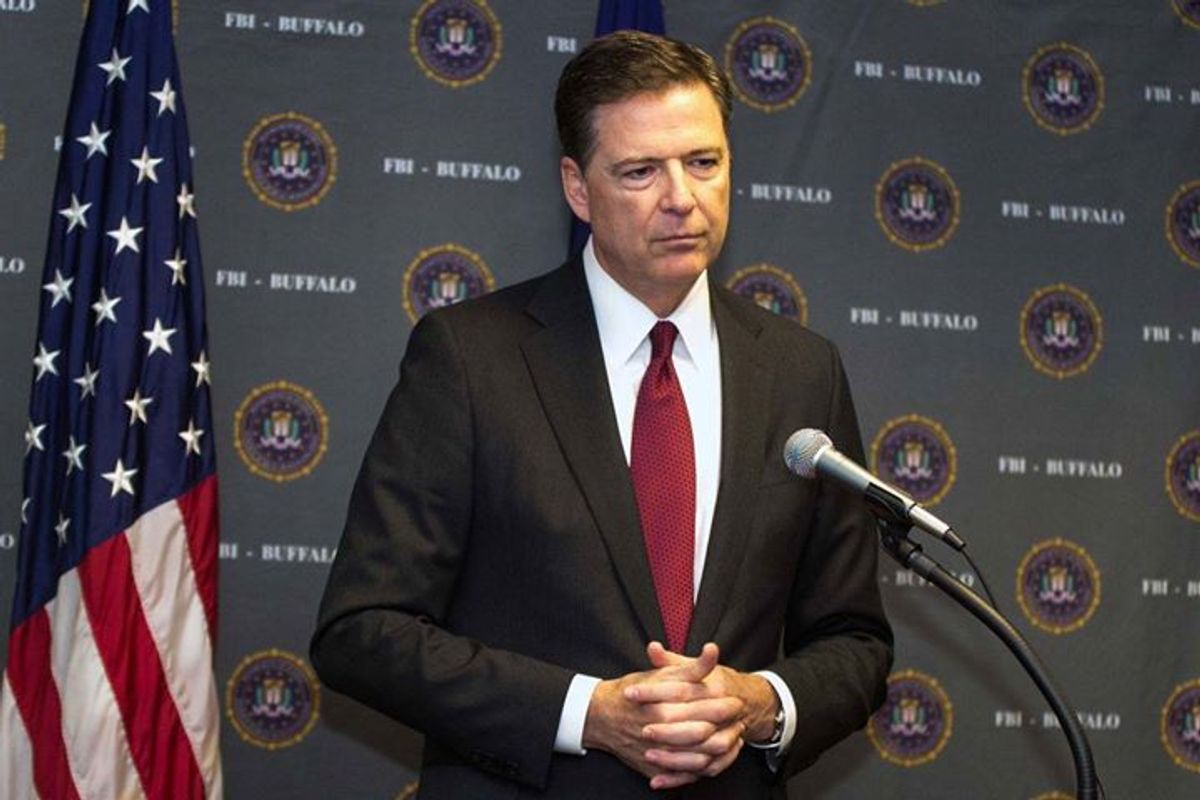 A photograph shows a "Trump/Pence" sign outside of a home owned by FBI director Jim Comey.

Who placed the sign in front of the Connecticut property; If Comey currently lives at this house. FBI Director James Comey's house is Westport Connecticut. Share, if you think that Comey was trying to swing the election to Trump. (Absolutely undoctored photo. I took it myself. I live a mile away.)

Grimm uploaded a second image of the sign in order to show that it was genuine and not digitally manipulated: While these images do show a "Trump/Pence 2016" sign in front of a house owned by Comey, it is unclear whether the FBI director had anything to do with it.

Comey was a controversial figure during the 2016 presidential election due to his role in the investigation of Democratic presidential nominee Hillary Clinton's use of a private e-mail server (located in her New York home) to send work-related e-mails while she served as Secretary of State.

His decision not to press charges against Hillary Clinton riled Republicans in July 2016, then he angered Democrats in October when he sent a letter stating that he was reviewing emails potentially tied to the presidential candidate.

On 6 November 2016, the day the photograph displayed here was taken, Comey was again accused of partisanship after he announced that he would, once again, not be bringing charges against the Democratic nominee. It would be a very strange decision for the FBI director to suddenly and blatantly announce his support for any candidate amidst this controversy.

Further, while the house shown in this photograph is still owned by Comey as of November 2016, it has been on the market since June 2015 and it is unclear whether Comey still lives at the house: The sign featured in the viral photograph is located outside of the gate at the home, in an area clearly accessible to the public. But regardless of who placed the sign in front of Comey's house, it was later removed: