Did the FBI Warn of Armed Protests at 'All 50 State Capitols'?

Congress has been briefed on a number of potential threats of violence planned for the days leading up to and including the Jan. 20, 2021, inauguration of Joe Biden. 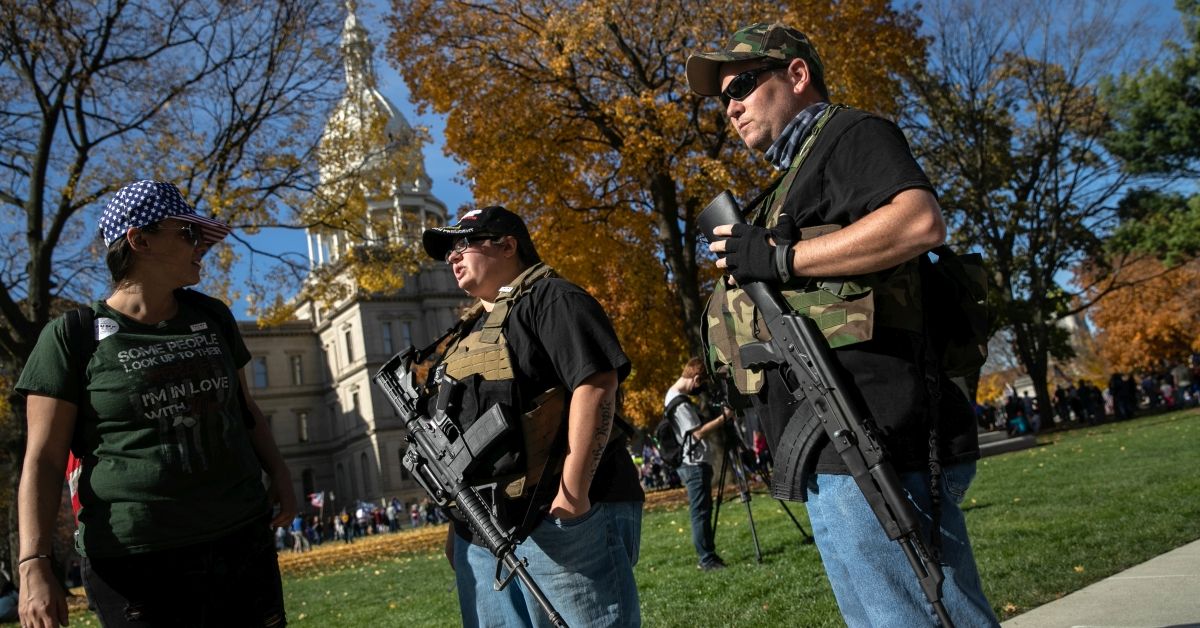 Claim:
The FBI warned officials of armed protests planned at all 50 state capitols and the U.S. Capitol for the days preceding the inauguration of Joe Biden.
Rating:

Ever since Jan. 6, 2021, when pro-Trump rioters violently stormed the U.S Capitol and delayed the certification of the 2020 presidential election, there has been a widely held concern that further violence could occur in the time period leading up to and including the inauguration of President-elect Joe Biden on Jan. 20. Military Times reported that the Defense Department had already authorized as many as 15,000 National Guard troops —  double the current number of U.S. troops in Afghanistan and Iraq combined — to be deployed to Washington, D.C., in response to this threat.

Experts, journalists, and politicians have raised concerns about armed protests at state capitol buildings as well. As early as Jan. 9, activist Michael Moore predicted that there could be armed demonstrations at all 50 state capitols. Later, this same assertion was made by the FBI itself. On Jan. 11, ABC News first reported on the contents of an FBI briefing on the threat facing state capitols that echoed this concern:

Starting this week and running through at least Inauguration Day, armed protests are being planned at all 50 state capitols and at the U.S. Capitol, according to an internal FBI bulletin obtained by ABC News.

The FBI has also received information in recent days on a group calling for “storming” state, local and federal government courthouses and administrative buildings in the event President Donald Trump is removed from office prior to Inauguration Day. The group is also planning to “storm” government offices in every state the day President-elect Joe Biden will be inaugurated, regardless of whether the states certified electoral votes for Biden or Trump.

The bulletin itself has not been made public, but several other outlets confirmed ABC News' reporting. As such, the claim that the FBI provided this warning is factual. We will update this post if more information is released.