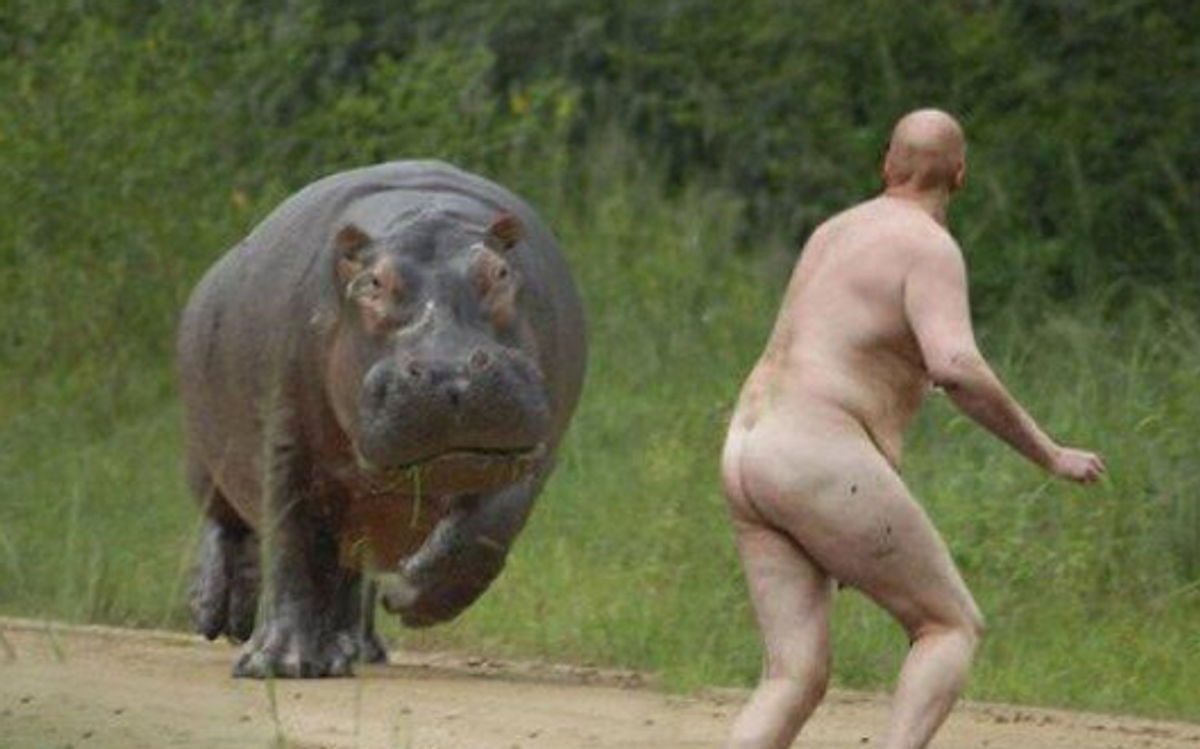 A mixture of real and fake photographs from the Tbilisi flood are circulating on social media. It is practically inevitable that fake and misattributed images will begin to circulate online in the wake of a natural disaster. We saw it happen after the earthquake in Nepal. We saw it happen after Hurricane Katrina. We saw it after floods in Houston. So it was no surprise when Twitter was inundated with photographs purportedly taken in Tbilisi, Georgia, after a number of zoo animals got loose during a flood hit that country in June 2015.

So which images are real and which are fake? Let's take a look at some of the most popular pictures:

FAKE: The above-displayed image is NOT a photograph taken in Tbilisi in 2015; it was snapped in Uganda in 2009. We aren't sure where the nude man came from, but he certainly was not pictured in the original series of photographs.

REAL: The above-displayed image of a hippopotamus was taken in Tbilisi on 14 June 2015:

A hippopotamus walks along a flooded street in Tbilisi on June 14, 2015. Tigers, lions, jaguars, bears and wolves escaped on June 2014 from flood zoo enclosures the Georgian capital Tbilisi, the Mayor's office said. Some of the animals were captured by police while others were shot dead. MISATTRIBUTED: The above-displayed image was NOT taken in Tbilisi.

While 8 lions were reported missing from the Tbilisi zoo in the immediate aftermath of the flood, the above-pictured animal was not one of them. The lion pictured here snapped in Kruger National Park, South Africa, by Alessia Bacchi in 2006.

REAL: This photograph shows a municipal worker standing next to several of the zoo animals that were unfortuantely killed in the Tblisi flood.

MISATTRIBUTED: This pictures was also NOT taken in Tbilisi. It's a photograph of "a mother dog trying to save her pup" taken in 2014 in Rajbagh, India.