Perhaps not even rock horses can be made to drink. 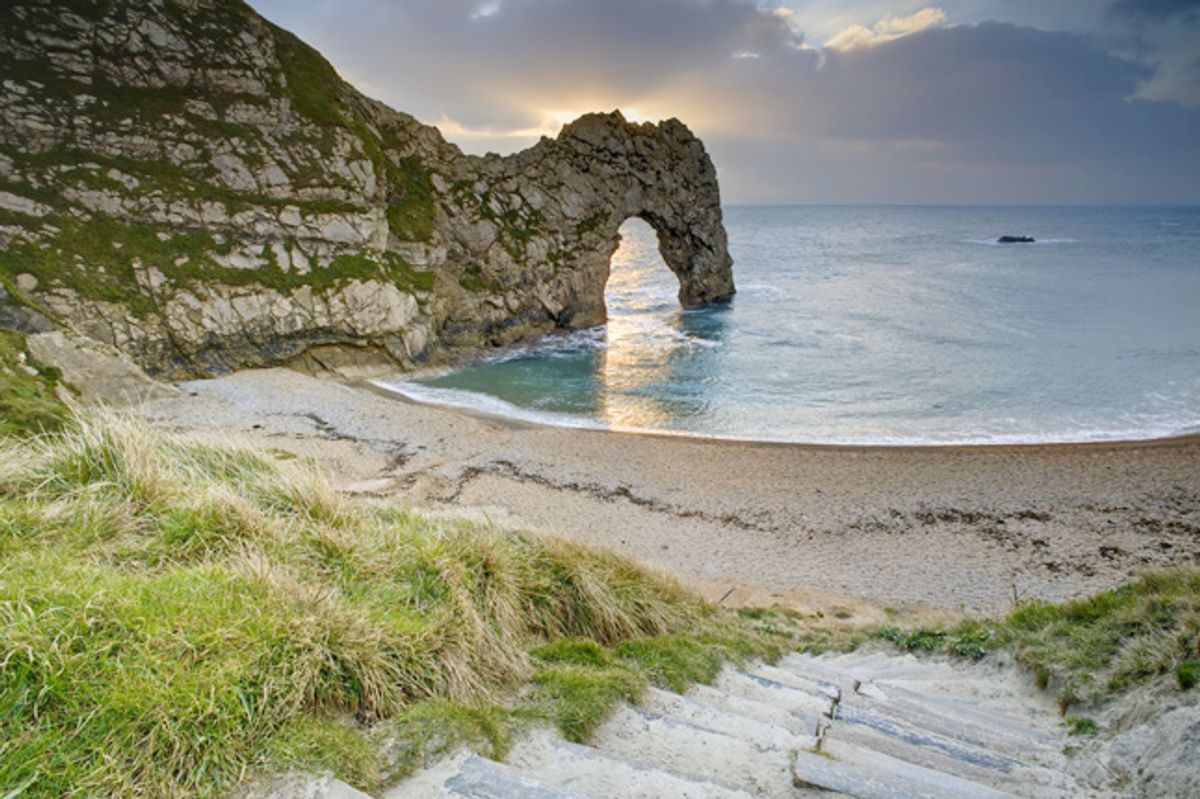 On 7 July 2015, the Twitter account @OurGreatEarth shared a photograph purportedly showing a shoreline rock formation that bears a remarkable resemblance to a horse drinking water: Although this image was presented as a natural formation exemplifying "the art of Mother Earth," it's actually a digitally manipulated photograph created for a 2006 Worth1000 (now DesignCrowd) contest ("Canvas Earth 3") in which entrants were challenged to create pictures depicting "when God is feeling artistic."

Sugar Cane did start with a photograph of a real location: Durdle Door, a natural limestone arch found along the beach in Dorset, England: