Was Fauci the Villain in 'Dallas Buyers Club'?

A periodic reminder that movies are not real life. 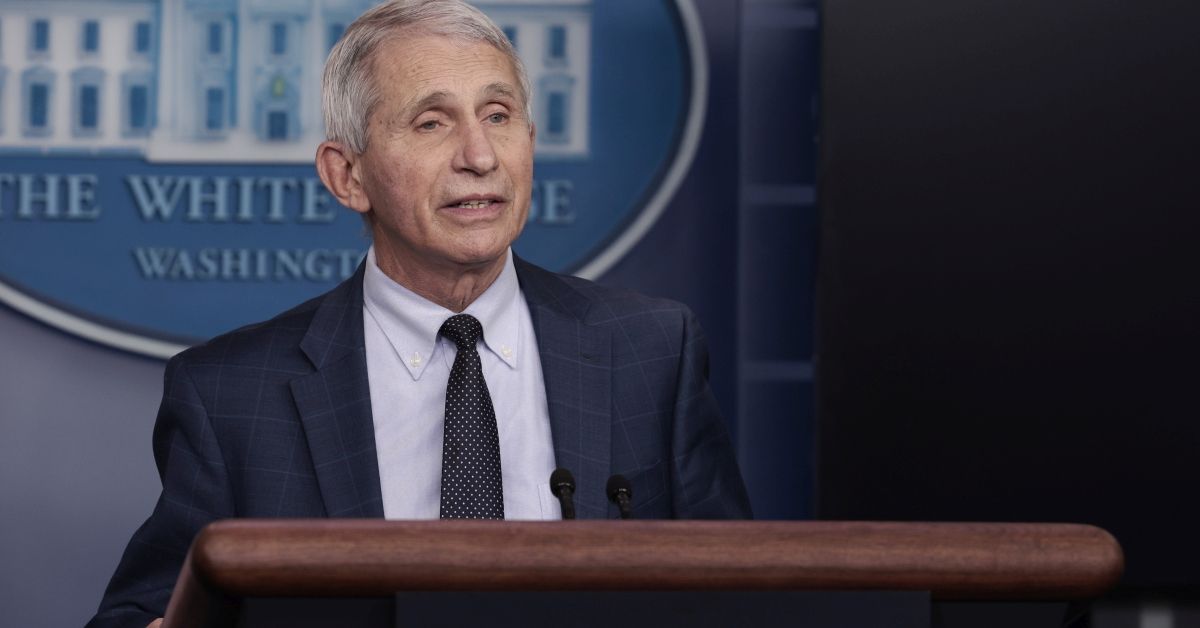 Claim:
The antagonist in "Dallas Buyers Club" was based on Dr. Anthony Fauci.
Rating:

In December 2021, a meme circulated on social media that claimed Dr. Anthony Fauci, who leads the U.S. COVID-19 response and has become a bogeyman for pandemic conspiracy theorists, was the real-life model for the villain in the 2013 movie "Dallas Buyers Club." The meme contains images from the movie's promotion materials, including stars Matthew McConaughey, Jennifer Garner, and Jared Leto, next to a black-and-white photograph of a young Fauci. It also contains text that reads:

"Remember the movie 'Dallas Buyers Club' about a group of AIDS patients fighting for the right to use cheap, effective drugs against government bureaucrats in the pocket of Big Pharm? The bad guy was Dr. Anthony Fauci."

First of all, we note that movies are not real life. Even if it were true that the villain in the movie was based on Fauci, that doesn't mean the story is completely factual rather than dramatized for the purpose of making a good movie.

Producer Rachel Winter said as much in a comment published by Slate in 2013:

“[Screenwriters] Craig [Borten] and Melisa [Wallack] found the right blend of accuracy, not only for the medical details, but for the legal and government issues that Ron faced. There was only so far we could go into 'procedural' mode; the movie had to be entertaining."

And entertaining it was, racking up six Academy Award nominations and winning the Oscar for actor, supporting actor, and best makeup and hairstyling.

The film is the classic tail of the heroic man who uses his ingenuity and grit to go toe-to-toe with the uncaring and callous Big Government bureaucrats. And though the protagonist in the story is a real person, the antagonists appear to be fictional characters. We don't know whether they are based on real people, or amalgamations of people the protagonist dealt with during his life.

McConaughey plays Ron Woodroof, a hard-living Dallas electrician and rodeo rider who gets diagnosed with HIV in 1985. At that time, an HIV/AIDS diagnosis was a death sentence, because there was no treatment for the new epidemic. Woodroof is placed in a clinical trial for azidothymidine (AZT).

The thrust of the movie is that there is a conspiracy between the government and medical establishment to push "toxic" AZT on HIV patients, while Woodroof circumvents the system by going to Mexico and getting an unapproved cocktail of drugs and supplements from a doctor who lost his license to practice in the U.S.. Woodroof then returns to form the Dallas Buyers Club with a transgender woman named Rayon (Jared Leto), where they illicitly sell the cocktail, at first for profit and later to save lives, only to be hounded an FDA agent.

The antagonist (or "bad guy") in the film is an FDA investigator, which is not an equivalent position to the one Fauci held at the time the events portrayed in the film took place.

Fauci was an important public health figure during the HIV/AIDS epidemic, but he wasn't an FDA agent. He spent his career at the National Institute of Allergy and Infectious Diseases (part of the National Institutes of Health), becoming that agency's director in 1984, one year before the events in the film.

The Washington Post reported in 2014 that neither the portrayal of AZT or Woodroof's legal trouble were accurate in the film, noting, "AZT is actually a very effective therapy against HIV/AIDS." It was known to prolong life after a diagnosis. It's true that the doses it was prescribed at early in the epidemic were often too high, resulting in deleterious effects, but those effects could easily be countered by lowering the dose or stopping the drug.

The Post noted that AZT became an important part of lifesaving HIV/AIDS treatment for about a decade and as such, saved "millions" of lives. The film included a title card at the end admitting as much.

Its portrayal of the FDA's actions vis-a-vis such buyers clubs was also factually problematic, in that in reality, the FDA did cooperate with them.

Peter Staley, an HIV/AIDS activist who informally consulted on the film told the Post:

Furthermore, Woodroof's issues with the FDA largely stemmed from "his reluctance to stop using harmful treatments."

In sum, there isn't any evidence that the antagonist in the movie was based on Fauci, and even if that were the case, that doesn't mean one should draw any real-world conclusions about Fauci based on a movie made for entertainment purposes.

Westenfeld, Adrienne. “Larry Kramer and Anthony Fauci Sparred During the AIDS Crisis. In the End They Were Friends.” Esquire, 27 May 2020, https://www.esquire.com/entertainment/books/a32688094/anthony-fauci-larry-kramer-aids-friendship-legacy/.