No, Fauci Did Not Say COVID Vaccines Are 'Making People Worse' 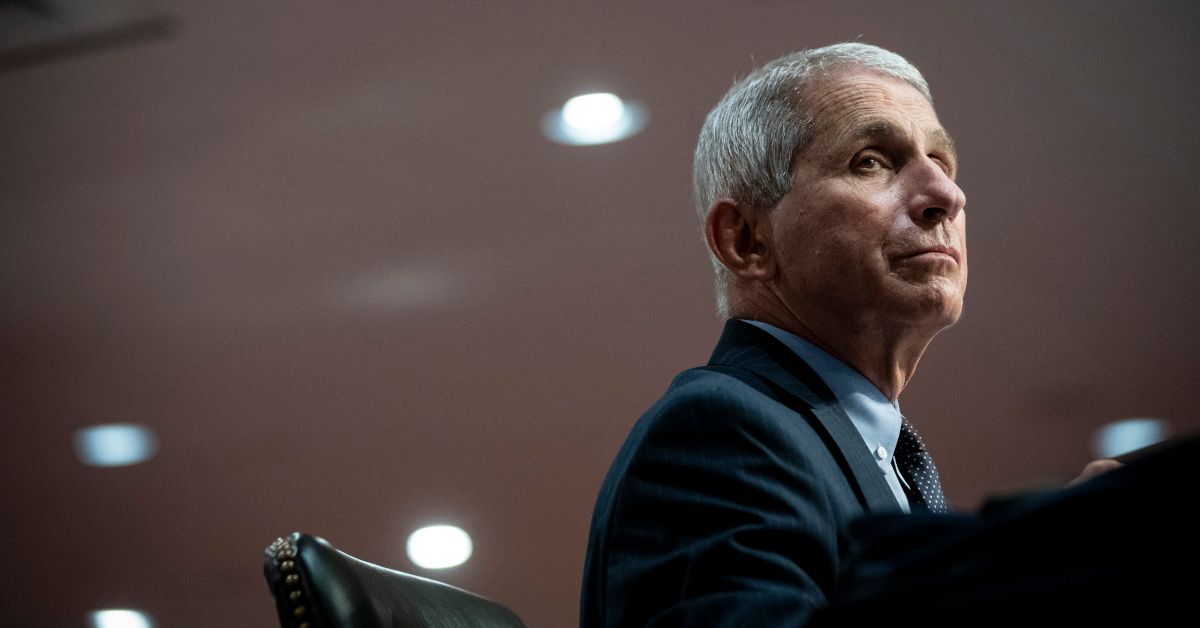 Claim:
Anthony Fauci said COVID-19 vaccines were, or might be, making people more likely to be infected, or more ill from the disease.
Rating:

In December 2021, social media users broadly opposed to COVID-19 vaccination programs seized upon video footage that they claimed showed Dr. Anthony Fauci admitting or suggesting that COVID-19 vaccines might, in fact, be causing recipients to get sicker.

One widely-shared tweet, posted on Dec. 13, contained a 26-second video clip of Fauci — a preeminent infectious diseases expert and medical advisor to U.S. President Joe Biden and his predecessor Donald Trump — in conversation with Facebook CEO Mark Zuckerberg. It was accompanied by the following caption:

Dr. Fauci opens up the possibility that the COVID-19 vaccine could be making people more likely to be infected by the virus. "This would not be the first time, if it happened, that a vaccine that looked good in initial safety actually made people worse." On Facebook, users enthusiastically shared screenshots of that tweet, as demonstrated in the montage below, and several other social media users posted similar claims, presenting Fauci's remarks as some sort of stark admission that the COVID-19 vaccines made available to hundreds of millions of people since late 2020 might, in fact, be counter-productive in the fight against the virus: Those claims were grossly misleading, and a significant distortion of Fauci's remarks, which were in fact made in March 2020, long before the approval and distribution of any actual COVID-19 vaccines.

In reality, Fauci was explaining the importance of clinical trials in the development of such vaccines and, crucially, the role of those safety trials in identifying and preventing such counter-productive vaccines from being approved and distributed. We are issuing a rating of "False."

Fauci made the remarks shown in the video clips on March 19, 2020, during a live-streamed discussion with Zuckerberg. That conversation can be watched in full further below, with the most relevant section beginning after around 22 minutes.

Leading up to the moment later misrepresented in viral social media posts, Fauci was talking about the process of developing, testing, and approving COVID-19 vaccines, and outlining the potential timeline for that process, as well as potential delays and complications.

At that time, even promising trial results were still nearly eight months away, and it would be nearly nine months until the U.S. Food and Drug Administration (FDA) would give emergency use authorization for the Pfizer-BioNTech vaccine, on Dec. 11, 2020.

At that point, Zuckerberg asked Fauci about safety testing, in particular, prompting the following exchange, which we are transcribing in full in order to place Fauci's remarks in their proper context — something vaccine opponents and conspiracy theorists did not do, in December 2021:

Zuckerberg: One of the questions I've heard from a number of people is — doing the safety trials is obviously incredibly important because you want to ensure that you're not injecting people with something that could be harmful. But once you have that, why not push harder on rolling it out more aggressively, even if you don't know how effective it is? What's the public health rationale and thinking behind needing to prove that it's extremely effective before rolling out something that you know is safe?

Fauci: Okay, that's a good question. The initial safety study, Mark, is to see — if I inject it in the arm, does it have some sort of idiosyncratic or bad reaction? There's another element to safety, and that is — if you vaccinate someone and they make an antibody response, and then they get exposed and infected, does the response that you induced actually enhance the infection and make it worse?

And the only way you'll know that is if you do an extended study not in a normal volunteer who has no risk of infection, but in people who are out there in a risk situation. This would not be the first time — if it happened — that a vaccine that looked good in initial safety actually made people worse. There was the history of the respiratory syncytial virus vaccine in children which, paradoxically, made the children worse. One of the HIV vaccines that we tested several years ago actually made individuals more likely to get infected.

So you can't just go out there and give it unless you feel that, in the field, when someone is getting infected and exposed, being vaccinated doesn't make them worse. That's why you've got to do a trial. [Emphasis is added].

The first key phrase from Fauci's remarks was "If it happened," as in "This would not be the first time — if it happened — that a vaccine [caused harm after appearing safe in early testing]."

Rather, Fauci was addressing a hypothetical scenario in which a notional COVID-19 vaccine candidate is revealed, during trials, to be counter-productive and harmful, even though it had appeared to be safe during an earlier stage of testing.

The second key phrase from Fauci's remarks was "That's why you've got to do a trial." The key distinction he was making was not between a vaccine that appears safe in testing and then turns out to be harmful and "makes people worse" after it's approved and distributed. Rather, he was making a distinction between two different stages of testing.

As outlined by the U.S. Centers for Disease Control and Prevention (CDC), a crucial part of the development of a new vaccine is "clinical development," which is itself composed of three phases:

Clinical development takes place before regulatory authorities approve a vaccine, so if a serious problem emerges, the vaccine won't get authorized. In fact, that's the very point Fauci was making — if pre-approval testing had shown any of the COVID-19 vaccines now widely available in the United States to be ineffective or harmful in this way, they would not have been approved. In other words, "that's why you've got to do a trial."

Fauci's references to the development of vaccines for respiratory syncytial virus (RSV) and HIV were simply historical illustrations of the importance of effective clinical trials. In the 1960s, researchers attempted to develop a vaccine for RSV, a common respiratory illness that affects many young children. Early trials backfired badly, with many children experiencing either no benefit from the vaccine, or even worse symptoms. Two toddlers even died as a result of these more intense symptoms.

In 2004, the pharmaceutical giant Merck, along with the National Institute of Allergy and Infectious Diseases (of which Fauci was then, and still is, director), jointly ran the "Step study" — a major trial of a HIV vaccine candidate, involving nearly 3,000 volunteer subjects. In light of worrying preliminary results, the trial was halted in 2007, and in 2012, a follow-up study confirmed that among some men, the vaccine had actually increased their risk of contracting HIV.

Identifying counter-productive and harmful vaccines before they become approved and widely distributed is a key function of clinical trials. That was the point Fauci was making. The RSV and HIV examples starkly illustrate the purpose of multi-phase safety testing, because both were vaccine candidates that appeared safe in early testing, only for their flaws to become apparent in a later stage of trials.

The difference between these failed vaccines and the COVID-19 vaccines now available in the U.S. is that the latter group also made it through the more stringent later phases of clinical trials required in order to gain approval.