A photograph that shows two women protesting the observance of Father's Day is a digitally manipulated image. 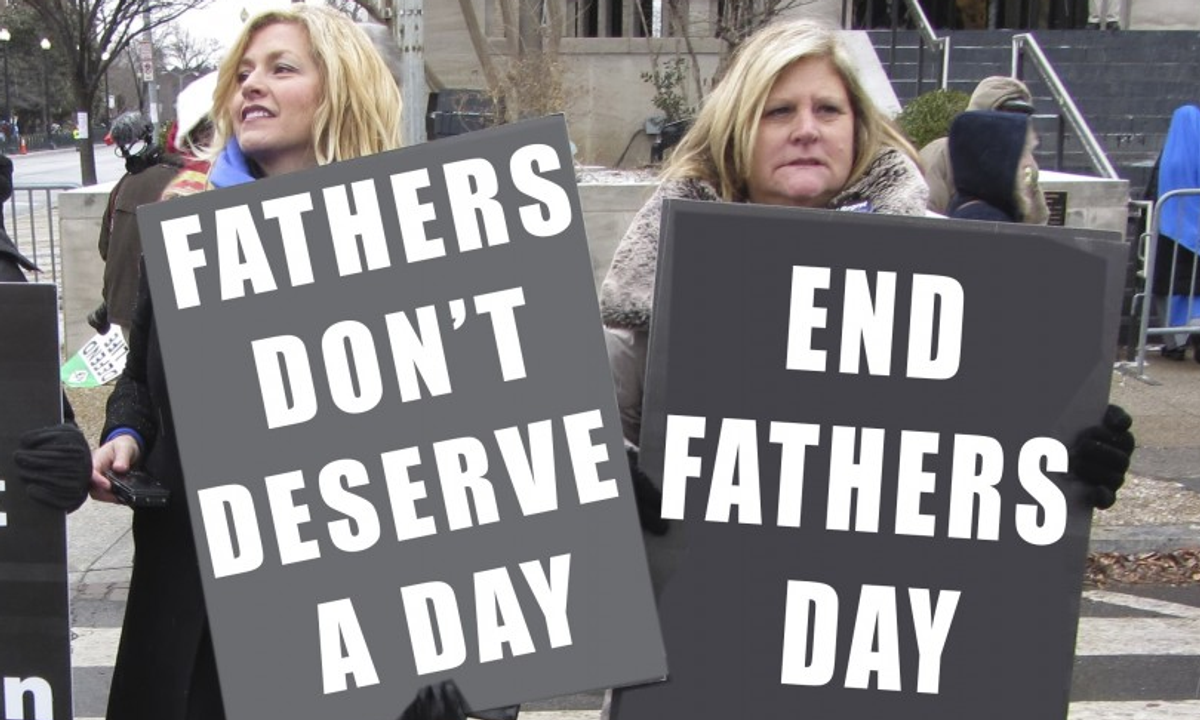 Although this image was shared as a genuine one representing a supposed movement to eliminate the observance of Father's Day over its alleged status as a "celebration of patriarchy and oppression" (associated with the hashtag #EndFathersDay at least as far back as 2014), the photograph — as well as the existence of the movement itself — was based upon a fabrication.

The verbiage displayed on the signs the women are seen holding has been significantly altered from that which appeared in the original photograph. The genuine picture, which was taken during a January 2013 anti-abortion protest on the 40th anniversary of the Supreme Court's Roe v. Wade decision, captured women holding signs reading "I regret my abortion":

These women hold signs that tell people they regret their abortions near the Supreme Court in order to turn over the Supreme Court decision Roe Versus Wade on the 40th anniversary date of that decision. This protest occurs annually drawing large crowds even though the decision to grant a woman the right to choose to have an abortion was made long ago. We've found no evidence of genuine widespread calls, expressed on Twitter or elsewhere, to eliminate the observance of Father’s Day.