Fappy the Anti-Masturbation Dolphin was not arrested for swimming naked at SeaWorld, because such a mascot does not exist. 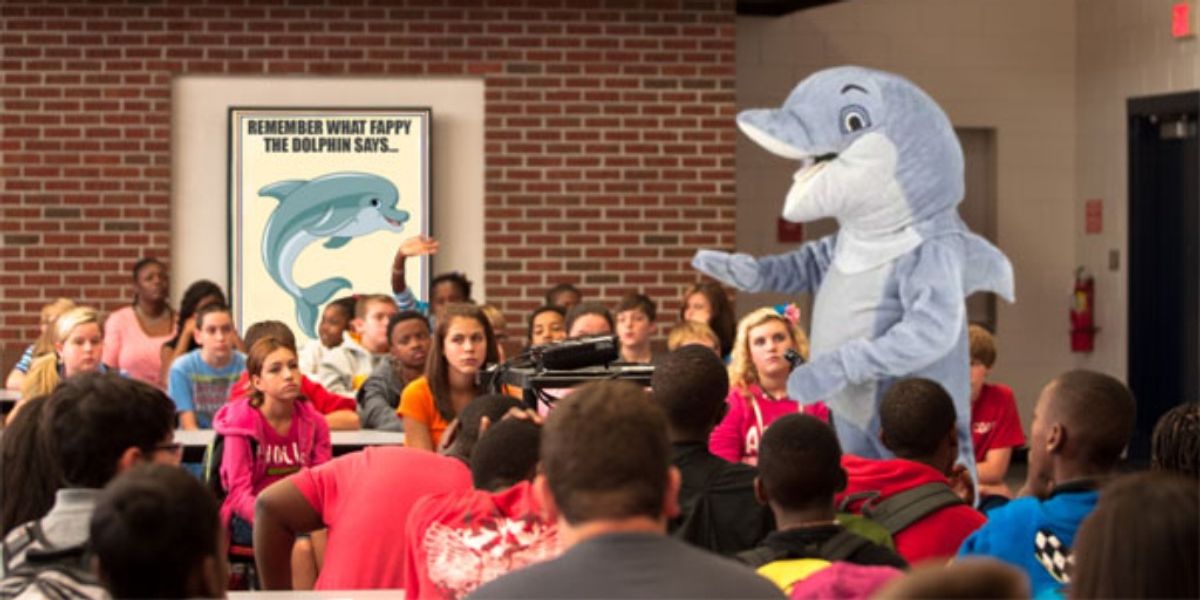 Claim:
An anti-masturbation mascot named Fappy the Dolphin was arrested for swimming naked with dolphins at a SeaWorld park.
Rating:

Fappy The Anti-Masturbation Dolphin, whose real name is 37-year-old Paul Horner, was arrested at Sea World after employees notified police about a man swimming in the dolphin tank with nothing on except a dolphin mascot head.

Despite Fappy's frequent appearances on the Internet, the mascot is a fictional character created as part of an elaborate and ongoing hoax.