A family portrait of Donald Trump, his wife Melania, and son Barron appeared in August 2016, but some viewers were skeptical of its authenticity. 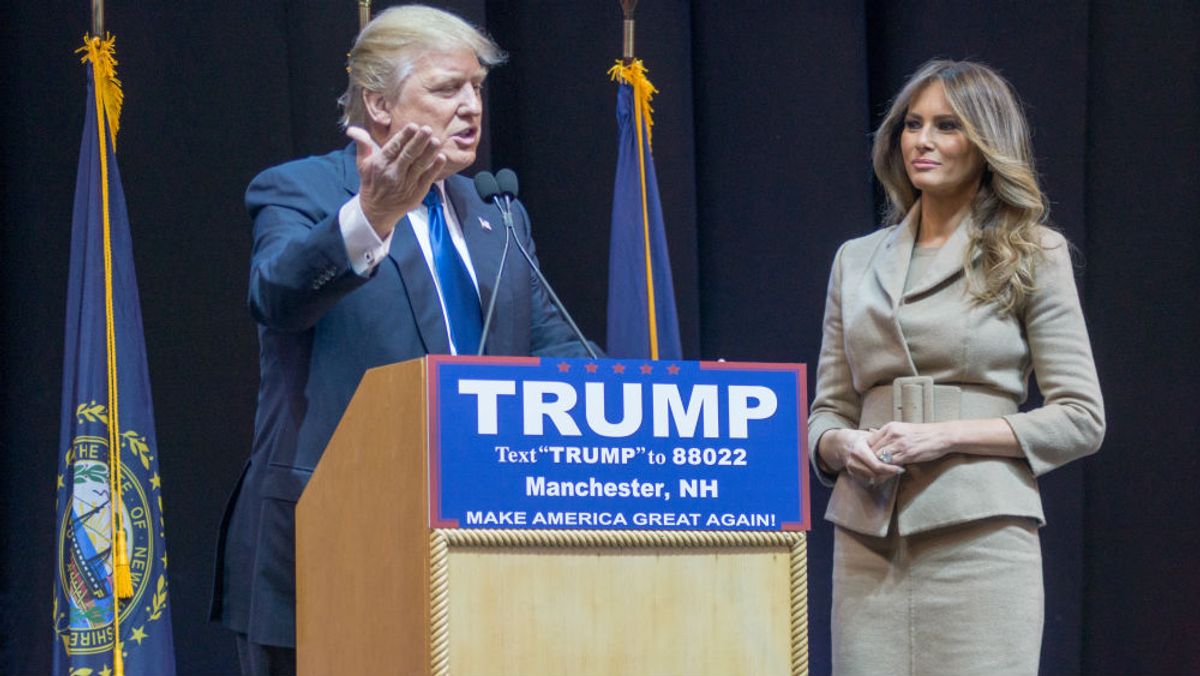 Claim:
A photograph shows a real portrait of Donald Trump and his family.
Rating:

In August 2016, a purported family portrait of Republican presidential nominee Donald Trump, his wife Melania, and their son Barron surfaced: While this photograph was circulated with derisive comments about Trump and his family, some were not convinced that the image was real.  However, the portrait is authentic, part of a series ("Melania, Donald, and Barron Trump at Home Shoot") taken in 2010 by photographer Regine Mahaux for Getty Images. It was accompanied by the following caption:

Maheaux has been invited into Trump's home on several occasions to take photographs of him and his family. In March 2016, French Morning published an interview with the photographer in which she shared her views on the Republican Presidential nominee:

Mahaux has since had the opportunity to immortalize the Trumps repeatedly and did a series of family portraits in the beginning of the presidential campaign.

“I like working with the family’s image—it speaks to me, it inspires me. I have a lot of freedom and responsibility. They let me express myself as an artist,” says the photographer. “The Trumps are far from the people I see in the press. They are very hardworking and always take things seriously. I know that the European press is very hard on Donald Trump—I don’t know if it’s the same in the United States. They attack him with a lot of things I just don’t see.”