Was the 'Family Matters' House in Chicago Demolished?

The inside of the Lincoln Park home was used for at least one special shot that should be familiar to fans of the "TGIF" television series "Family Matters." 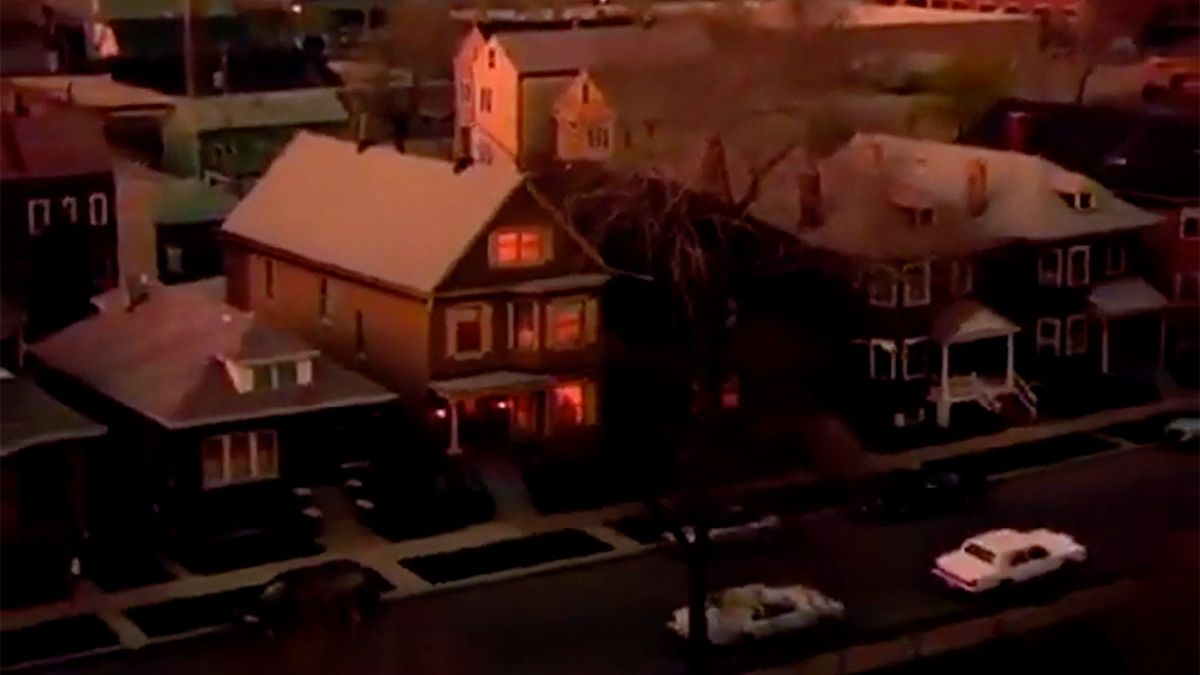 Claim:
The Chicago house that was used for exterior establishing shots on "Family Matters" was demolished and replaced by gray condominiums.
Rating:

On Feb. 1, 2021, Twitter user @OnlyKenneth tweeted that the "Family Matters" house had been demolished and replaced by condominiums.

This tweet was true. 1516 W. Wrightwood Ave. was the address of the home in the Lincoln Park neighborhood in Chicago which was used for some exterior shots in popular 1990s television sitcom. The house faced across the street to Wrightwood Park: Exterior establishing shots of the front of the house were captured for use on "Family Matters." The inside of the Winslow family's home was filmed on studio lots in California in the series' run from 1989-1998, both at Lorimar Studios in Culver City and Warner Bros. Studios in Burbank: However, at least one shot on "Family Matters" showed what appeared to be the sitcom's characters inside the real Chicago house. Although this is not typical of situation comedies, the pilot episode featured a shot that might look familiar to fans of the series.

The first episode, titled "The Mama Who Came to Dinner," ended with the Winslow family singing around a piano. The scene used a shot showing the camera moving away and through a window, which was filmed at Lorimar Studios in California, then switched to a shot taken from a helicopter at the W. Wrightwood Ave. house in Chicago. The family could still be seen singing around the piano in the latter shot:

Lights were switched on to give the windows on all three floors a warm glow. The same helicopter shot was used in subsequent episodes for years to come:

On Sept. 21, 2017, the neighborhood news website DNAinfo reported that the "Family Matters" house would be demolished:

LINCOLN PARK — The house where Steve Urkel made himself at home is set to be demolished.

The city approved a demolition permit Tuesday for 1516 W. Wrightwood Ave., which served as the Winslow family home in the '90s sitcom "Family Matters."

Although the Winslows were said to live in suburban Chicago, the show concerned the family of a Chicago Police officer, and the Wrightwood house was used to establish scenes placing the family at home. It was also seen in the opening credit sequence.

The home was originally built in 1905 and lasted around 112 years. In October 2016, the old house was listed for $975,000 for "land value," and according to realtor.com, offers were to be submitted by Nov. 10. The property sold in December for $798,000 and new construction there was subsequently reported by Travel Noire.

After learning that the "Family Matters" house had been demolished, comedian Nicole Byer joked: "The owners should be jailed immediately."

"This looks like Bowser’s castle," joked another Twitter user. "Modern architecture is so disgusting," tweeted @whimsicalwriter. "There's no warmth. There's no heart. They took something beautiful with sentimental value and turned it into a hideous, colorless, soulless box."

Others shared a likely reaction from the show's fictional mother, Harriette Winslow. Her character previously featured on "Perfect Strangers" and was the basis for the spinoff that became "Family Matters":

Twitter user @Brandon_Bird made a solid point: "Look, there are only so many times Urkel can crash a jetpack through your roof before you have to reinforce the whole structure."

Steve Urkel was the nosy neighbor on "Family Matters." His character, portrayed by Jaleel White, eventually grew to become the show's biggest star. The rise of Urkel's character later became the subject of a sketch on the Comedy Central series "Key & Peele":

As to the neighbors, other commenters responded to Byer's tweet by asking about the house next door: Other houses visible in the helicopter shot on the same street as the "Family Matters" house appear to still be present, some of them dating to the late 19th century.

While the "Family Matters" house was demolished and was replaced by condo units, a large tree in front of the house was still there decades later:

The team that planned the condominiums added one callback to the new construction -- a "Family Matters" logo was placed on the front side of the house: