A satirical article reported that Ted Cruz wants to ban the tritone interval in music due to its association with the devil. 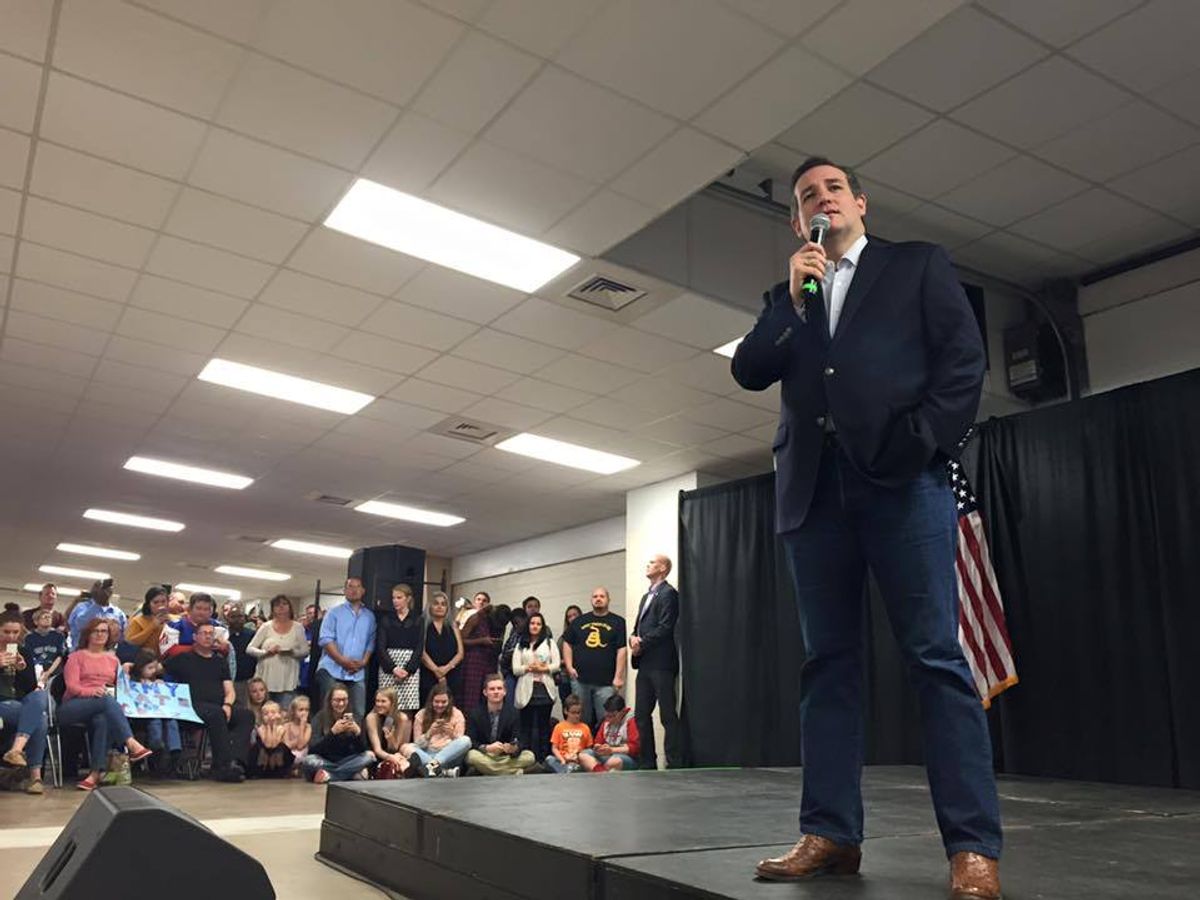 Claim:
Ted Cruz wants to ban the tritone interval in music due to its association with the devil.
Rating:

On 15 March 2016, the web site Submediant published an article positing that Republican presidential candidate Ted Cruz had proposed a ban on the tritone, a musical interval between three whole notes, calling the interval "satanic" and part of the devil's music:

Seeking to earn the confidence of evangelical voters and remain in contention for the Republican nomination ahead of Tuesday’s primaries, Ted Cruz has promised to rid all music of the "tritone," a dissonant interval long associated with the devil.

Speaking to a crowd of supporters in Glen Ellyn, Illinois, one of five events the Cruz campaign scheduled in that state on the eve of its pivotal primary, the junior United States Senator from Texas condemned over five hundred years of musical practice for what he referred to as its "indulgent acquiescence to Satan’s favorite sound."

"A pair of tones separated by three consecutive whole steps may at first seem perfectly harmless," Cruz said, "but when played together or in melodic succession they pose a direct threat to the moral fabric of our great nation."

There was no truth to this article, however. As Submediant's disclaimer notes, it is a satirical web site that deals with music-related topics:

Submediant is a satirical site. Its contents are not to be trusted. Believe at your own risk.