Ted Cruz Is Married to His Cousin

An article that reported Ted Cruz and his wife Heidi were cousins originated with a fake news web site. 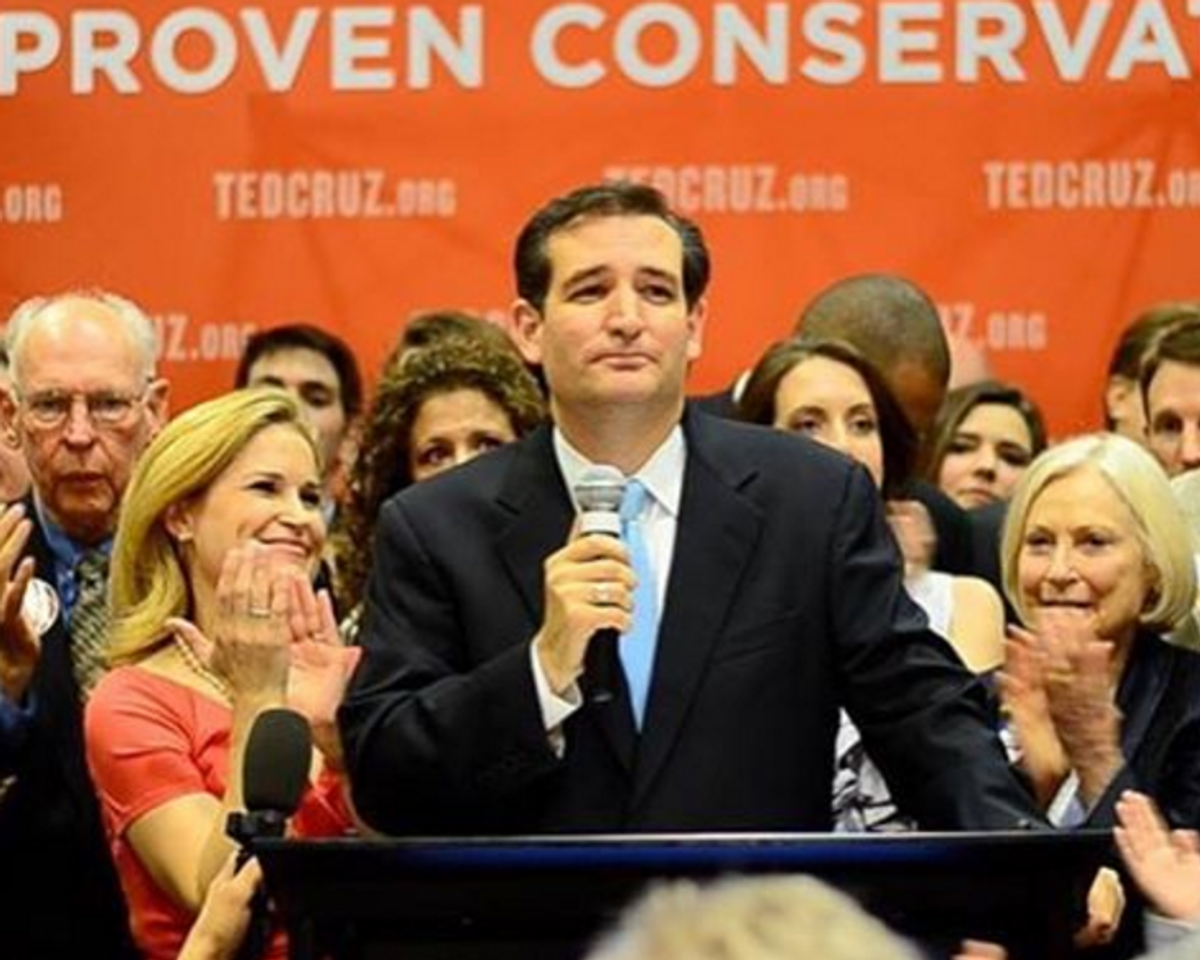 Claim:
Ted Cruz and his wife are cousins.
Rating:

On 8 April 2016, The Marshall Report published a story reporting that Republican presidential candidate Ted Cruz was married to his third cousin:

This just gets weirder and weirder…..Ted Cruz is married to his third cousin and his state apparently said that was legal? Oh my head hurts. What happened to his narrative that he met Heidi while working on the Bush campaign? Did he know she was his third cousin then?

Republican presidential runner Ted Cruz has stemmed controversy within Gay rights groups after a statement this week on a radio show that he is “against gay marriage” but “is married to his own cousin”.

The Republican presidential runner admitted his use of words was “improper” and “lead to faulty conclusions”.

“I just want to be clear on one thing: my wife is not my first cousin, she is my third cousin by alliance, which is completely different and legal in most states” he told reporters, visibly flustered by the latest accusations.

The World News Daily Report states in its disclaimer that its articles are fictional:

World News Daily Report has also reported (among other things) that a Smithsonian employee was arrested for sex with a mummy, a 101-year-old woman gave birth, a lottery winner died after gold-plating his genitals, and that a babysitter ate a toddler when she was high on crystal meth.