Is This Giant Spider Real?

A photograph purportedly shows a 'Giant Hawaiian Cane Spider' on the side of a house. 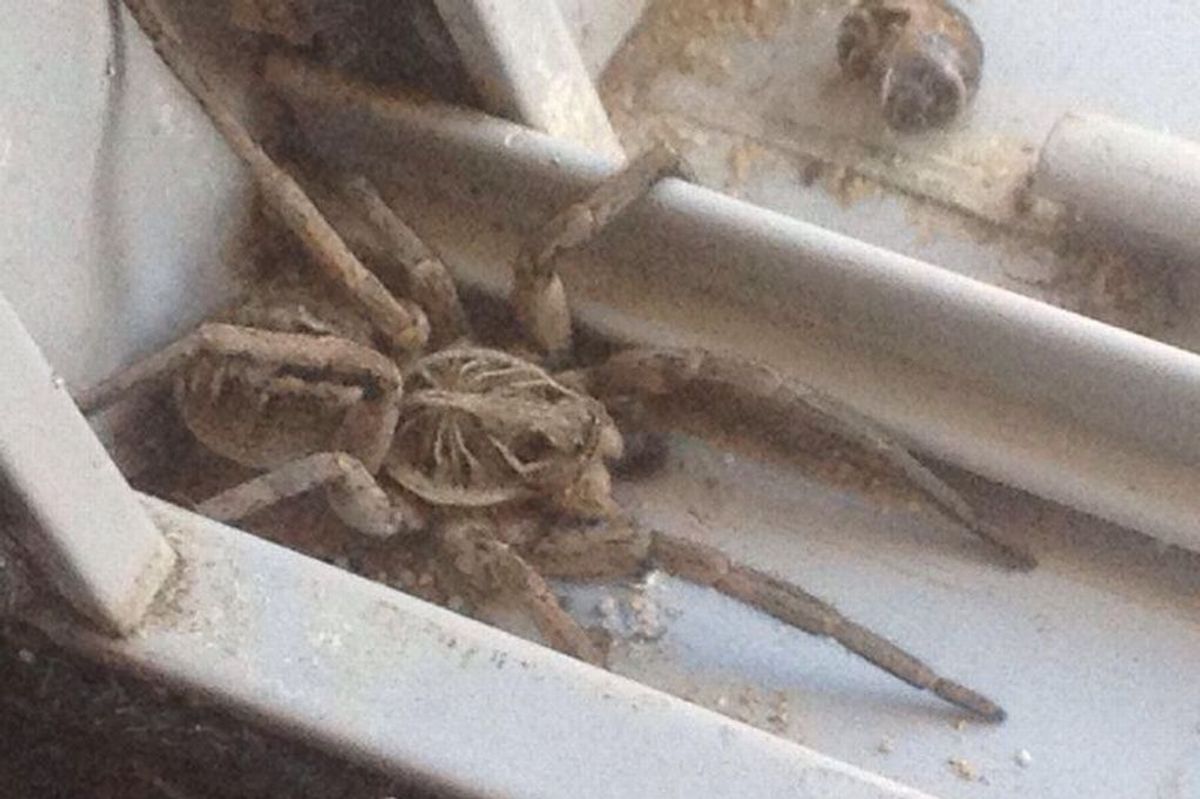 Claim:
Photograph shows a Giant Hawaiian Cane Spider on the side of a house.
Rating:

Just a glimpse of a photograph supposedly showing a "Giant Hawaiian Cane Spider" that was circulated via Facebook in June 2015 was enough to send arachnophobes scrambling for a safe place to hide:

This morning I heard something climbing around on the outside of my townhouse. I thought maybe it was the maintenance people repairing the Hardiplank siding, but when I got outside I saw this giant spider! The very rare Giant Hawaiian Cane Spider can grow up to six feet across. They are 'mostly harmless' but scary as hell. No need to worry, though; this picture was just a bit of digital fakery. This same image has made the online rounds several times, variously described as picturing a Giant Hawaiian Cane Spider, an Angolan Witch spider (so large that it eats cats and dogs and requires several bullets to kill), and a Columbian Diablo spider. No such giant spider exists, however; this image is just another digital fabrication.

Although cane spiders do inhabit Hawaii (and other parts of the U.S.), they don't grow to nearly the size seen here. Cane spiders are only about an inch long, with a leg span that reaches up to 5 inches wide: Even the world's largest spiders aren't nearly as big as the one pictured above. The largest known spider species have a legspan of no more than about 12 inches and in repose will generally fit into the hand of an adult human male.

The artist who concocted the image of the seemingly giant spider shown above, Paul Santa Maria, sent us a copy of the original photograph of a wolf spider that he used in creating it: