Did a Falcon Land Right in Front of a Camera Atop the Ambassador Bridge?

The bird perched picture-perfect in the camera's frame. 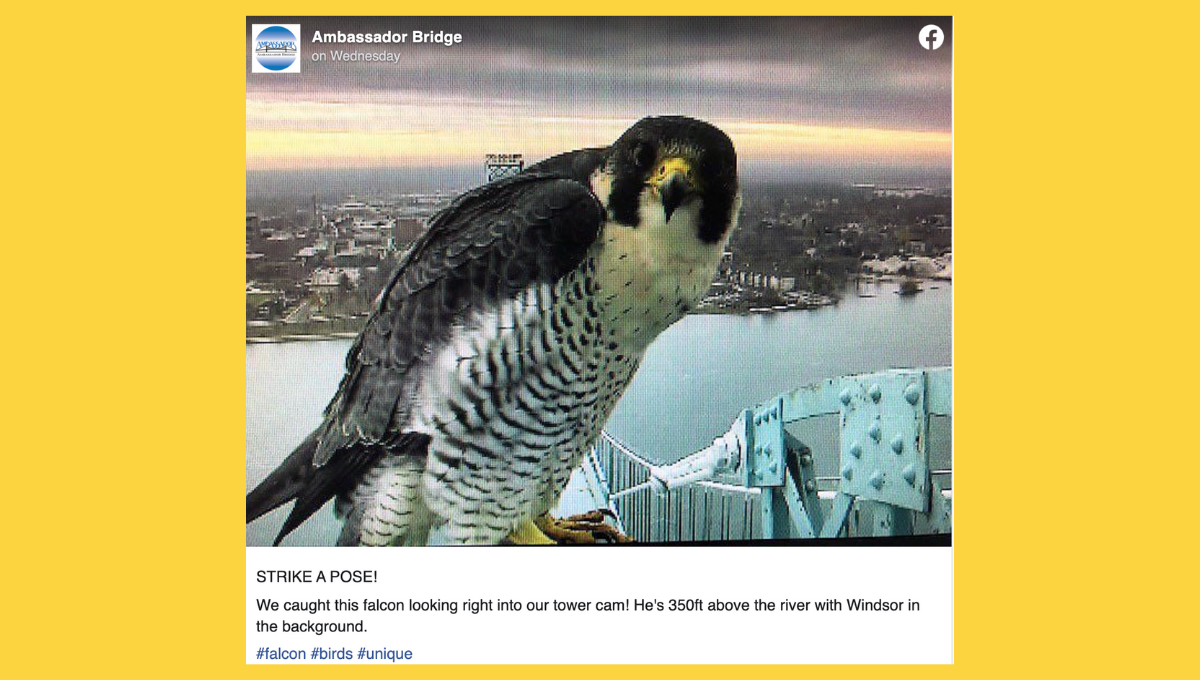 Claim:
A falcon landed directly in front of a camera installed atop the Ambassador Bridge over the Detroit River, producing a striking image.
Rating:

On Dec. 2, 2020, the official Facebook page for the Ambassador Bridge, which connects Detroit, Michigan, and Windsor, Ontario, Canada, posted a stunning photograph of a falcon atop the bridge, looking directly into the camera (see photograph above).

According to Canadian news network CBC, it's not uncommon for travelers to catch a glimpse of falcons, some of which call the 7,500-foot suspension bridge over the Detroit River home. But the birds are usually under the bridge, where they have been known to nest. This falcon was perched 350 feet above the river, according to bridge officials, who posted about it on social media channels dedicated to the span.

It appears the bird of prey caught on camera is a peregrine falcon. Once endangered, the birds have made a rebound. They hunt by swooping down over their prey and are known for their speed, having the ability to reach over 200 miles per hour while hunting.

Updated to note speed falcons can reach while hunting.