Was the Snow in Texas Artificially Manufactured by the Government?

This isn't the first time internet users have been perplexed by the properties of snow. 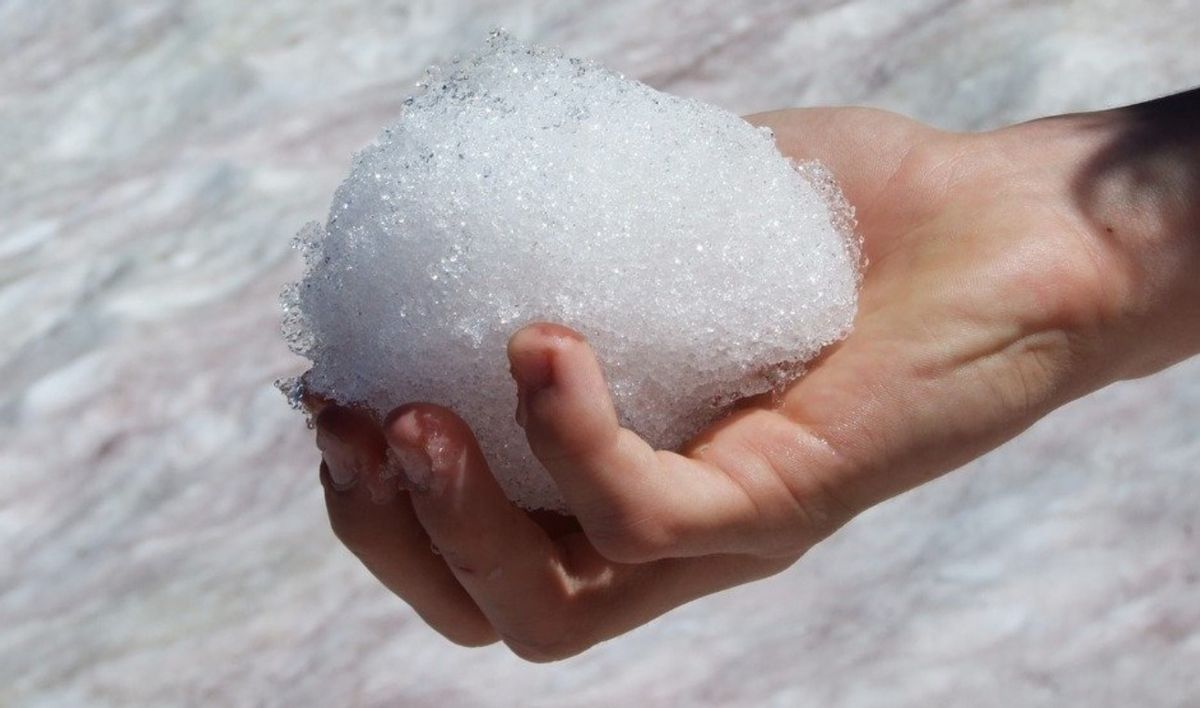 In February 2021, after a massive winter storm left millions of people without power in Texas, several videos started circulating on social media that purportedly showed something strange going on with the snow. These videos featured people attempting to light snowballs on fire, and were often accompanied by the claim that the snowfall in Texas had been artificially made by the government.

There's no truth to these claims. The above-displayed video does not "prove" that the government manufactured a giant snowfall in Texas. Rather, this video demonstrates a common property of snow.

Science blogger Phil Plait explained that the reason the snow doesn't appear to melt in these viral videos is because it is reabsorbing the water as it melts. Plait also noted that the scorch marks are created by a chemical reaction:

To summarize, two things happen: One is that as the snow melts, the remaining snow absorbs the water. That’s why it doesn’t appear to drip; the snowball becomes a slushball.

The black scorch marks are actually from the lighters themselves. Butane is a hydrocarbon, a molecule made up of carbon and hydrogen. When you burn it, the molecule reacts with oxygen in the air, breaking the bonds between atoms, and reforming new molecules. If the burning were perfect, all you’d have left is carbon dioxide (CO2) and water (H20).

Here's a video of Plait performing this experiment:

This is not the first time internet users have been perplexed by the properties in snow. We first wrote about this rumor back in 2014.