Did President Trump Say That 'Faith Is More Powerful Than Government?'

The U.S. chief executive employed the phrase at a National Day of Prayer event in May 2018. 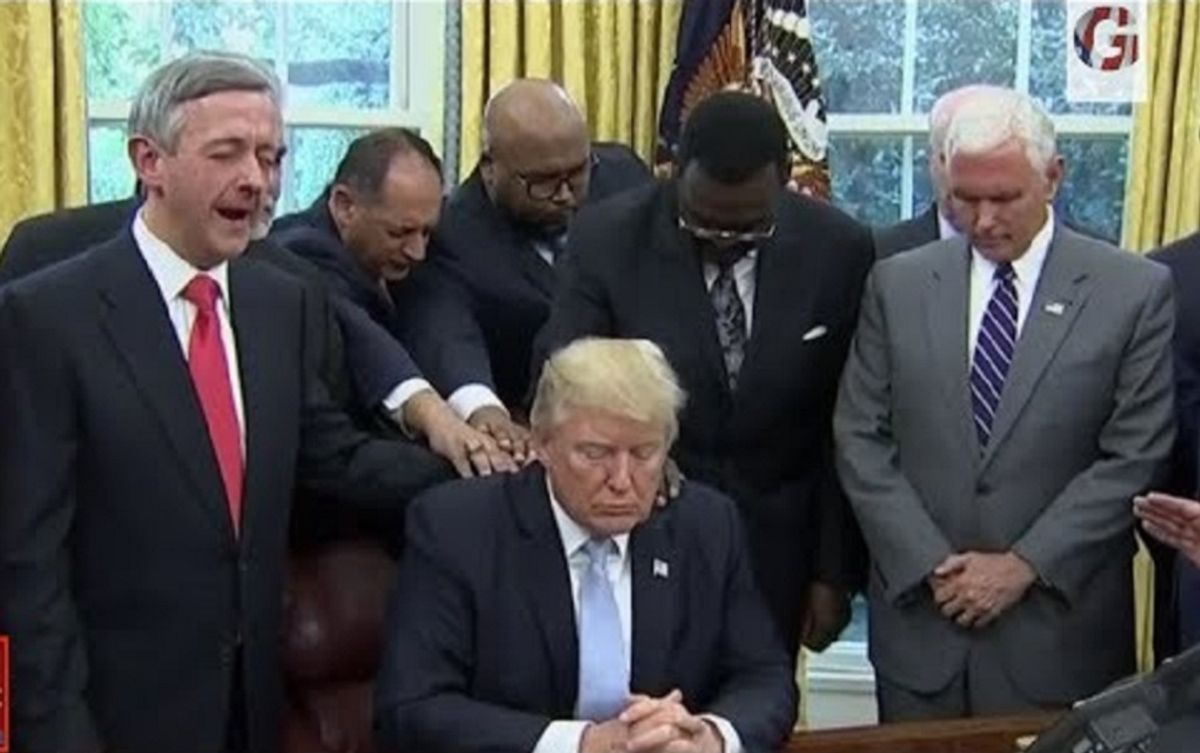 The prevalence of fake quotes on the internet has rendered many readers skeptical of just about any unsourced material. So when the quote "faith is more powerful than government, and nothing is more powerful than God" was placed over an image of President Trump and passed around social media, many viewers questioned whether this was a legitimate quote from the President of the United States: President Trump did indeed speak those words during remarks he delivered at a National Day of Prayer event held at the White House on 3 May 2018. The quote can be heard around the 6 minute mark of the following video:

A transcript of President Trump's full speech can be viewed on the official White House web site. We've included the relevant portion from this speech below:

We condemn all crimes against people of faith, and today we are launching another historic action to promote religious freedom. I will soon be signing an executive order to create a faith initiative at the White House. (Applause.) Thank you very much.

The faith initiative will help design new policies that recognize the vital role of faith in our families, our communities, and our great country. This office will also help ensure that faith-based organizations have equal access to government funding and the equal right to exercise their deeply held beliefs.