Yes, it's true: Facebook's "other" inbox isn't the only place your filtered messages are hiding. 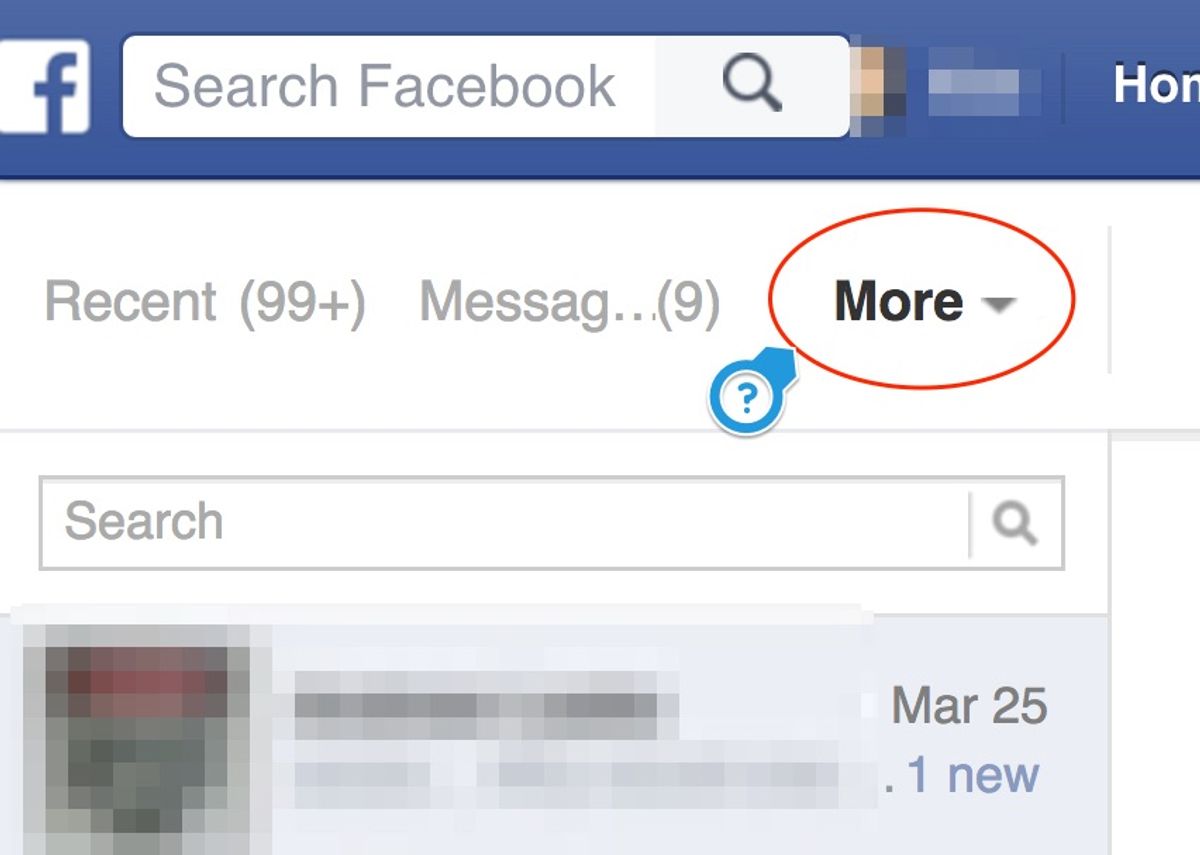 Claim:
Facebook has not one, but two filtered message inboxes where Messenger messages may not be easily seen.
Rating:

On 5 April 2016, the blog HelloGiggles published an article reporting that the filtering of messages sent through Facebook's Messenger facility goes deeper than most users know. Although most users are aware of their "other" inbox (but didn't always check it), there is a second "other" inbox that's harder to find:

We're about to share with you something that will change your life, probably (and suck up any free time you have). There is a whole vault of unseen Facebook messages in your inbox you didn’t even know existed ... Sounds suspicious and too weird to be true. But stay with us, and we'll help you uncover them.

OK, so you know how there's a "message request" box in your Facebook messenger inbox where you can either accept or deny messages from people who aren't your friends? Well, Facebook does some filtering of its own to decide which messages even pop up in that request section in the first place. Think of it like your email automatically sifts out spam.

This means there are potentially a huge pile of unseen (and unanswered) messages that didn't make the "message request" cut. Who knows? Some of them might be useful ... We just went through all the steps and found so many messages.

Reaching the hidden mailbox requires following a particular series of steps. For our trial, we used Facebook Messenger, which can be employed to access Facebook messages without going directly to Facebook.com. Below is the area where Messenger displays "other" messages (filtered from the normal inbox): Accessing them through Facebook.com was slightly different:

On Messenger, clicking the gear icon at the top-left corner of the page brings up dialog options for "Message Requests," and then at the bottom of that screen, an option for "Filtered Requests": And indeed, clicking "filtered requests" leads to an archive of twice-filtered messages that don't show up in Facebook's "other" inbox: The process of finding these filtered requests is slightly different when pursued through Facebook.com. There, a drop-down "more" menu appears to the immediate right of the "messages" link, and clicking it displays three options: "unread" (main inbox messages you haven't yet opened), "filtered" (the "other other" inbox messages you haven't likely seen), and "archived" (messages marked no longer active, either by user choice or due to inactive/blocked accounts): By clicking "filtered" we were able to bring up the same list of previously unseen and unheard messages as before, many of which were relatively recent:

It's likely most of your filtered messages are communications from spammers, strangers, or scammers that you would rather not see. But just in case, those hidden messages still exist and are accessible if you know how to find them.